Remember the tune by John Lennon and the Plastic Ono Band……..”Give Peace A Chance”?

Well it seems that some on the Right in their opposition to the latest Iran deal are saying the opposite.  With Washington and its ilk in office will NEVER give peace a chance.  That is because none of them ever has to do the fighting.

These people which include such war notables as Dick Cheney and John Bolton are all too willing to take America into yet another disastrous war…..all for no other reason than to make the military-industrial complex happy and profitable, as well as to pay their debt to Israel for all their support (cash)…….

And that my friends is just disgusting!

The problem I have is that these types, opponents that is,  start wars and put American troops into the fray and then turn their backs on them when they return…..it is as if these soldiers are nothing but a tool and when it is broken they discard them and go get a new one…..then they set off to plan the next use of military force….a vicious cycle that they will never allow to end.

Which is excellent advice for people in rural Louisiana…….it seems that a sign appeared and the population was worried that ISIS would attack in the next couple of days…….or it was a message to passing ‘jihadists’…….

But there is more to the story…….

Gardner, Louisiana—population 1,964—was on high alert last week after residents spotted a number of signs around town that could have contained a “terror message written in Arabic,” according to KALB. In reality, those signs held a much more innocent message. KALB reports that several residents contacted the sheriff’s office out of concern over the handwritten signs. After some investigation, the sheriff determined the signs were “not in anyway affiliated with ISIS” and actually contained a “welcome home” message written in Hebrew. Specifically, the signs read, “Welcome Home, Yamit” in what the Times of Israel describes as a “boxy Hebrew scrawl” likely done by a child or a non-native Israeli.

Blog Lowering the Bar has a few pieces of advice for people to keep in mind to avoid similar sign-induced panic in the future. First, “You are not necessarily in danger just because you see something you don’t recognize.” Second, Gardner is “not known to be high on the list of ISIS targets.” Finally, terrorists aren’t likely to communicate with each other via conspicuous signage, and if the signs were meant to terrorize residents, they would probably be written in English.

First of all….why would ISIS give twp shakes in Hell about rural Louisiana?

Second, ignorance breeds fear and apparently in rural Louisiana there is a wealth of both….

My grandfather use to say….”if you think you are a victim….then you already are”……

Calm down and breathe deeply.  Nothing to fear but fear itself…..enough said?

Let’s change things up….enough of the BS of daily political life in the US……

About 2 weeks ago was the best news report of the month……involving BALLS!  LOTS OF BALLS!

By now the entire country knows about the massive drought in California……which will effect the cost of food in the future if it has not already done so……everyone is looking for a way to make the water they have now last as long as possible…..conservation, prayer, divining, pulling out all stops……

Also by now the media has reported on the next big idea to conserve the water……..shade balls!

But what kind of idea is it….good, bad or a waste of money and energy?

Los Angeles’ 96 million shade balls are bizarre to say the least—which is partly why the media pounced on the story of their role in conserving water, as officials had hoped, Grist included. Now, the website does a careful walk-through of just why these balls aren’t so hot. Based on an LA Weekly report, Grist finds the city has been using the balls since 2008, before California’s drought, because their main purpose is to prevent the formation of bromate, a carcinogen that develops when sunlight mixes with bromide and chlorine in water. Why do we care about the balls now? Apparently, LA mayor Eric Garcetti correctly thought tying the balls to the drought would help sell them to the public and emphasized they’ll save 300 million gallons of water a year. However, that much water is worth $2 million or $20 million over a decade; LA’s shade balls cost $34.5 million, according to LA Weekly.

In comparison, the Washington Post reported California could save 500 billion gallons if the agriculture industry cut its water use by 5%. Grist notes that marine pollution researcher Max Liboiron has additional concerns. At Discard Studies, he argues “most plastics leach endocrine disrupting chemicals that interfere with animal and human hormone systems.” Some of these disruptors break down in water in weeks or months and most water treatment systems don’t remove them. Then there’s the fact that plastics break down into microplastics and are consumed by humans and marine animals. The “poison pills” also soak up chemicals that then enter animal tissue and food chains, Liboiron says. Apparently the risk is worth the reward for Garcetti, who told the Huffington Post, “It takes bold ingenuity to maximize my goals for water conservation.”

Will these ‘balls’ save the day?  Or just another government program that wasted money with no good outcome?

I recall back in the 2000 election and the rise of GW Bush, a candidate I did not like, when the media was telling the country that Jeb was the smarter brother and could not understand why he was not on the ticket…..to be honest I bought into the crap as well……I thought that GW was an easily manipulated idiot and his brother would have been a better choice for the GOP……

Fast forward to the 2016 election and Jeb is running……and after about 6 months of his pre-campaign and after has done very little to show that he is tuly the smarter of the brothers…..

Believe it or not….I may have been….mistaken!

Ever since he has become a serious candidate he has put one foot after another into his mouth and has spent more time trying to “clarify” is words than campaign….not the act of a smart brother.

It has been one faux pas after another……it mostly began with him screwing up e-mails that he released from his time as governor of Florida….it seems his campaign released those e-mails with personal and private information on them…..a bit embarrassing……

And the faux pas kept coming……his latest is his words on “anchor babies”…..

Jeb Bush really, really wants to catch up to Donald Trump, and he seems to believe the best way to accomplish that is to become Donald Trump. Bush’s desperation begat a spat between the two candidates over who loves the racist phrase “anchor baby” more.

How do you use an offensive phrase like “anchor babies” without offending Latinos? Bush has one idea: Say you were talking about Asians.

So…….Jeb was not talking about Hispanics but rather Asians……this oughta get his butt in even more hot water……and he started tap dancing as fast as he could…..

“What I’m talking about is the specific case of fraud being committed where there’s organized efforts — frankly it’s more related to Asian people — coming into our country, having children in that organized effort, taking advantage of that noble concept, which is birthright citizenship,” Bush said.

Nothing more humorous than watching a politician dance frantically trying to find a way out of an embarrassing moment…..

Tell me again who was the “smarter” brother…….

I recall the election of 1950’s….that was the slogan du jour for the GOP nominee……I do like Ike he was a soldier that was honest about what war is and what war does…..

He also warned the country about a growing Military-Industrial Complex…..the drawbacks of such an industry….but I appreciate his thoughts on war…..most of all.

Shame that money has replaced common sense in the GOP………only a moron would prefer war to a peaceful solution…….Listen to IKE….he was a smart man! 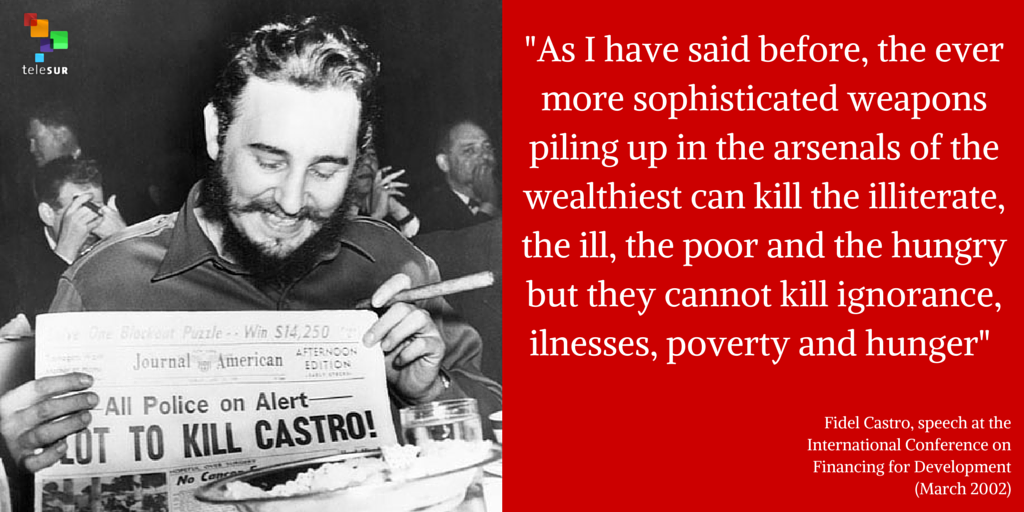 Last week the blog-osphere went batcrap crazy because of a AP report that Iran would be doing self-inspections of the nuke facilities…..bloggers lost their minds and accused everyone from Obama to a 2nd grade school teacher for this outrage.

I posted that it was a lie…..few believed what I wrote and even fewer would check out the sources that I gave them on the Iranian deal so they could read the deal for themselves…..

Although that report was a flash in the pan and the media and bloggers have moved on….simply because they could not get more hate or use of the story…….

But I am still trying to get people to read the information out there…..I am afraid that lies are believed we will once again be invading a country that does not need to be done so…..

Am I alone?  Or do Americans truly want to be the next “imperialistic” power?

How the AP Got the Iran Inspections Story Wrong.

We Americans spend a lot of time trashing the actions of ISIS as being savage, barbaric and just plain wrong……we want them to be defeated and humiliated on the world stage for their actions…….

But most Americans do NOT realize that many of the Middle East countries that we count as friends are NO better in their governance style…….in some cases just as barbaric as ISIS…….and yet they get a free ride in the media and from the people of this country…..

That is the headline here…….ISIS is NO different in their governance style than many of our allies…….should we be siding with anyone that has a savage streak toward people under their control?

The Governance of ISIS and of Much of the Muslim World Are Uncomfortably Similar | Ani Zonneveld.