I am not a particularly religious person….although I consider myself spiritual…..so I do not write much on religion….basically, religion is a private thing between you and your deity……I have tried to understand where the Christian fundamentalists are coming from…..cannot for the life of me get a grip on it…….to me they flying into the face of everything called Christian…..

I still cannot find where their involvement in politics has done anything good for the country or to help others see the light when it comes to Christianity……most are hypocrites in the highest order.

I read this piece by a fundamentalist and sort of understand the situation a little better…..if you have  problem with these religious types maybe this article will assist in your knowledge…..it is a GREAT piece!

I was betrayed by Republican religion: What my years as a Christian fundamentalist taught be about right-wing faith – Salon.com.

I wish I could move past this mental midget….but he just will NOT shut the Hell up!

Mr. Donald started off his 2016 election campaign with a bang……..first he called Mexicans rapist and criminals….then he wants to build a wall and make Mexico pay for it…..none of which makes much sense unless that is, you already hate immigrants…..then he is your hero……even though he has zero ideas or adequate grasp on anything political….he tells you what you want to hear.

Donald Trump has released the first policy paper of his campaign, and few will be surprised by the subject: illegal immigration. In “Immigration Reform That Will Make America Great Again” and an interview on NBC’s Meet The Press, Trump fleshes out his hard-line position, calling for building a border wall and making Mexico pay for it; deporting all undocumented immigrants; and ending “birthright citizenship” for children born to people in the country illegally, the Wall Street Journal reports. Trump, whose plan states that “a nation without borders is not a nation,” promises to triple the number of Immigration and Customs Enforcement officers and immediately rescind President Obama’s executive orders on immigration.

“We’re going to keep the families together, but they have to go,” he told NBC, adding that after the deportations, he would “expedite it so people can come back in,” as long as they were “good people.” Asked about families that might be deported, he said: “They’re illegal. You either have a country or not,” reports the AP, which notes that his plan to end birthright citizenship would probably require amending the Constitution. Former Ronald Reagan adviser Ed Rollins tells the Journal that Trump’s deportation plan isn’t realistic. “It gives him talking points, not a plan that can be implemented,” he says. “He’s set a bar that is very low.”

At least I can say he is consistent……..I am sure that somewhere there is some old fart screaming’…..”My man Donald”!

For his supporters……once you eliminate the immigrants….who you gonna turn your hate to?  My guess would be African-Americans….I mean you already have a smouldering hatred for them.  At least Muslims are getting a break from the HATE.

Hey Trump supporters!  Face reality!  Think about it…..even if he somehow buys an election and becomes president……none of this will happen…..and the Right can go back to bad mouthing the Donald.  PERIOD!

2016 election is turning into a bizarre collection of bullsh*t!

I recently did a post on Al Gore……you remember him?  The ex-VP and the alleged inventor of the internet (no really)…….the post was that there was a rumor that Gore would throw his hat into the election fray.

Really?  He could not win before….why would anybody think he could now?

Newser) – Speculation about Joe Biden entering the 2016 race has been heating up of late, and Politico adds a new wrinkle: The 72-year-old is reportedly considering a run as a one-term president. “One thing that I keep hearing about Biden is that if he were to declare and say, because age is such a problem for him if he does, I want to be a one-term president. I want to serve for four years, unite Washington,” journalist Carl Bernstein told CNN. “It could light fire to the current political environment.” Biden is on vacation in South Carolina this week, and the Wall Street Journal reports that he’s using the time to sound out supporters.

To me another crap story.  I realize that Biden may be thinking about throwing his hat in…..but ….really?

The MSM will go to any length to drive the conversation…….

Do I need to say more?

Finally! Someone is trying to educate the population! Kudos!

The 2016 election is starting to heat up…..unfortunately NOT in a good way…….once again the cancerous growth of stupidity in politics is infecting the body politic………

I see that Mr. Donald Trump has gained the respect of every old fart white guy in America.  All he has to do is flash that hair and say something ignorant about immigrants and his poll numbers will go up…..

I cannot understand how anyone who cares about this country can support a person with zero ideas to serve that country…….but they are there holding their breath with every word he utters……waiting for his next piece of hyperbole.

The more he rattles the more those pea brains find him acceptable……anyone who pays into his candidacy cares nothing for the country but will listen to the utter insanity of a carney sideshow……….the man has NO ideas….. he is a carney barker at Best……but with that said……can you explain is popularity?

Maybe this will help…….they say (whoever ‘they’ are) that ads are aimed at the lowest denominator, in other words those with the attention span of a gnat, and the comprehension level of a 7th grader…..now for Trump……..

Is Donald Trump smarter than a fifth grader? Maybe so, but his vocabulary hovers around a third- or fourth-grade reading level. So says Jack Shafer at Politico: Trump “prefers to link short, blocky words into other short, blocky words to create short, blocky sentences that he then stacks into short, blocky paragraphs,” Shafer writes. According to the Flesch-Kincaid grade-level test, Trump spoke like a fourth-grader at the August 6 Republican presidential debate, where Ted Cruz talked like a ninth-grader and three others—Scott Walker, Mike Huckabee, and Ben Carson—hit the eighth-grade mark. Trump’s low grade “wasn’t a fluke,” adds Shafer, as the candidate “earned only a 3rd-grade score” at a Michigan news conference on August 11.

How does Trump do it? Well, he relies on “great” and “very” and loves “we” and “I,” the latter being what Schafer calls “his favorite word.” And Trump loves pummeling political opponents with “idiots,” “morons,” “dumb,” “haters,” “losers,” “total losers,” and other to-the-point words. “In a freakish way, Trump resembles that of Muhammad Ali at his prime—except the champ was always kidding (even when he was right) while Trump seems to believe his claims (and often is wrong),” writes Shafer. Yet Trump’s pared-down vocabulary “has not caused him much political pain,” Shafer notes, possibly because “too many politicians talk over the public’s head when more should be talking beneath it in the hope of winning elections.” Click for Shafer’s full piece.

Maybe if that explanation is not to your liking then this one could assist your understanding the answer to the question…….

Donald Trump, mad king of the GOP: What his surging popularity reveals about Republican extremism – Salon.com.

There you have it!  CAN’T FIX STUPID!

They Came From Beyond Reason…….would have been a great title for a 50’s movie from RKO, starring Dan Durea…..if only……..

The election of ’08 brought to the forefront of politics the Tea Party…..and ever since people have tried to explain just what exactly the TP is all about……I think I have found a plain, simple and very to the point explanation of what the TP is……..whatcha think? 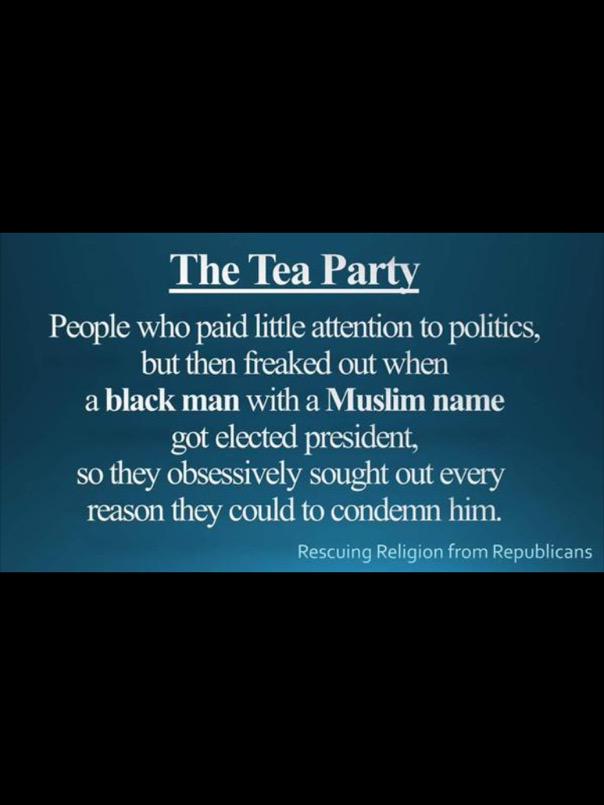 Anybody that visits this blog will know that I am always pissed off at the country for the way it treats its veterans……….the VA is not doing an adequate job protected our vets……some of the problem is funding and some is just the stupidity of Congress as well as the people, who seems to care less until there is a holiday then vets are all on their minds……..

One of the worst injuries a vet can suffer is a Traumatic Brain Injury (TBI)…..unfortunately it is one of the most difficult to diagnose and treat……and the fact that medical people are not handling the problem adequately is another problem……