The Holy Land is pretty sacred to the 3 major religions of the world…..Muslim, Christian and Jewish……..recent there has been a wealth of Jewish extremists attacks on Palestinians as well as Christians…….to the point that a Christian church was torched….and yet US Christians will defend Israel with every ounce of the their energy.  Why?  (reason will become clear as you read).

The Book?  If so then that is about as stupid a reason as I can imagine.

It is getting so bad that the Vatican has issued a warning……..

JERUSALEM (RNS) The church body authorized by the Vatican to oversee the Catholic Church’s property in Israel has asked Israel’s attorney general to indict a Jewish extremist who, it says, recently incited violence against Israel’s Christian churches.

The letter cited comments by Gopstein, who, during an Aug. 4 panel discussion for yeshiva students, quoted the 12th-century Jewish philosopher Maimonides’ ruling that Christianity constitutes idolatry. Gopstein said that the biblical Book of Deuteronomy calls for the destruction of idol worship.

Sunday’s letter was the Christian world’s latest plea to Israeli authorities to find and prosecute the people responsible for more than 50 attacks against Christian and Muslim holy sites during the past few years. Israeli police are investigating the crimes, presumably carried out by far-right-wing Jewish extremists, according to a police spokesman.

Does anyone really believe that this protest will be taken seriously?  Before you answer keep in mind that BiBi has had to make deals with extremist political entities to remain as prime minister….the Likud is an extremist group and it is in POWER.  The Israeli government does very little to curb violence committed on Muslims……why would they care so much about Christians?
These are the people that YOU defend…….sad!
But why the fascination with Israel?  For years I could not understand the fascination Christians had for Israel……..after all it was the Jews that killed the guy in the myth.  Then I sat down and actually thought about the situation and……………Could it be that the legend says before the savior can return the destruction of Israel must begin?  So Israel must survive because without it to be destroyed the guy cannot return……now it is making sense…….they could care less about the Jews just as long as there is a place called Israel to be destroyed…….
Advertisement

As I watch the country and its society change it makes me think that none of these changes seem to be leading us down a righteous path…….and the next election will NOT make it any better.

There is so much that leads me to that conclusion……….the loss of rights is only one of them………growing dangerous nationalism is another…….and the list grows…..but instead of listing each incident I found a better way to make the point………. 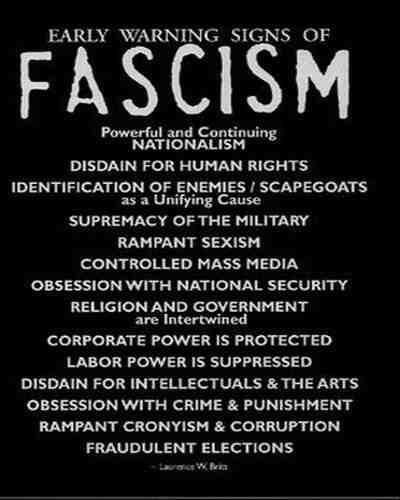 May be now is the best time to start thinking about your next vote…….the country is in trouble and you are concerned about some do nothing and his worthless mouth…..the country needs you to start paying attention.

Just recently Turkey has gone all in in the fight against ISIS……their military has started launching missions inside Syria……..

Turkey’s nascent fight against ISIS appears to be rapidly intensifying. The country has settled on the broad strokes of a plan with the US that would see the two countries come together to create an ISIS-free zone, with the US supplying warplanes and Turkey contributing troops who wouldn’t actually enter the zone but may use long-range artillery from their side of the border. That zone would stretch along 68 miles of the Syria-Turkey border, reports the Washington Post; the Guardian notes the countries share a 500-mile-long border. Syrian sources suggest the zone could stretch 25 miles into Syria. An unnamed senior US official, one of four the New York Times spoke with, says the intention is to “support partners on the ground in northern Syria”—elsewhere referred to in the Times article as “relatively moderate Syrian insurgents”—who would seize the zone from the ground.

There are a few sticky points: Which Syrian rebels will participate? (The Times points out the US had as of earlier this month trained only 60 vetted Syrian fighters.) And how exactly will the respective players’ goals sync up? For Turkey and Syria, taking out Bashar al-Assad has long been the chief priority, and both have desired the creation of a no-fly zone. The US says the zone will not be a no-fly one. And while the Post points out that the US has said its warplanes will focus only on ISIS, the plan “would also bring American planes in regular, close proximity to bases, aircraft, and air defenses operated by the Syrian government, and directly benefit opposition rebels fighting President Bashar al-Assad’s regime.”

The US is smiling from ear to ear to get Turkey to commit to the fight is a major coup in foreign policy……is this truly good news for the US……but while they we patting themselves on the back and having a celebratory drink Turkey did what it intended to do all along……..in a piece released by CSIS Think Tank………

The fact that the Turkish change on ISIS was accompanied by a renewal of sustained airstrikes against the Kurdistan Workers’ Party (PKK) in northern Iraq for the first time in three years makes it apparent that Turkey’s priority is the fight against the PKK rather than ISIS even though Turkish leaders have now identified them as equal threats. The Turkish bombing in Iraq further complicates the already difficult situation in that country and raises serious doubts about the future of the implicit alliance between the U.S.-led coalition and Kurdish militias –particularly the PYD in Syria which is tied to the PKK and as such perceived as a threat by Turkey immediately beyond its southern border– in the struggle against ISIS. At the same time, the bombing of PKK targets effectively ends the peace process designed to end long-standing Turkish-Kurdish tensions within Turkey and threatens to usher in the kind of violence in the Kurdish southeast not seen since the 1990’s.

OOPS!  You mean that Turkey decided to go all in to finish off the enemy of decades gone past…..the Kurds?  What happen to the ultimate evil that Is ISIS?

How will this shake out with the US?  After all the Kurds are the most successful fighters against ISIS that the US is sponsoring……..

Is Turkey truly fighting ISIS or using it as cover to exact revenge on the Kurds for decades of attacks?

A new slogan has entered into the war on ISIS…….”ISIS-Free Zone”………supposedly this is an area on the Turkish border with Syria that is going to be purged of all ISIS fighters…….sounds good right?

Could this new slogan have more top do with geopolitics than Turkey’s security?  To me it does and here is why……………

An ‘Isis-free zone’ is nothing but a road to US mission creep | Emma Ashford | Comment is free | The Guardian.

The insanity of foreign policy has become more and more lame……..it has been lame since the end of the Cold War and accelerated when the US invaded Iraq in 2003…..and now it is beyond a fix……with Syria, Iraq, ISIS, Saudi Arabia, Yemen, Libya……..and on and on……

I have heard some claim all this is a conspiracy…..iuf one believes that the M-IC gets all the benefits of conflict them it is possible that this is all a conspiracy to sell more armaments…….

Could all this chaos be nothing more than a plan to increase profits?