Tomorrow is Halloween and according to the FBI the popular custom this year will be that of an ANARCHIST!

From time to time the DHS will issue warnings of possible terrorists attacks or civil disobedience….actually most of it is just fear mongering….so far they have been less than accurate (polite way of saying “fucking wrong”)……

With Halloween approaching most people are concerned about what custom their child will wear and what “treats” will they get……but not the FBI….they are warning of possible attacks, of all things, anarchists……

The FBI has issued an alert to police warning anarchists dressed in Halloween costumes plan to create disturbances and attack responding police.

The “Halloween Revolt,” according to the federal law enforcement agency, is planned by the National Liberation Militia, a group reportedly from Eugene, Oregon, and said to be responsible for violence in Seattle during the World Trade Organization conference in 1999.

According to the New York Post the group is calling for members to wear Halloween masks and use weapons such as bricks, bottles and firearms.

First of all….what the Hell is ANARCHY?

Anarchy is a confusing word to define, since it has several possible definitions. The word comes from the Greek word anarchia, which simply translates as without or lacking in authority. In the modern sense, it may be used negatively or positively, but most often, the word is used in a negative sense to imply a complete lack of order.

In another sense, anarchism may refer to the idea that people would better profit without a government of any kind. Anarchists believe that most people can govern themselves and would be happier doing so. Within this idea of self-government, as opposed to government by the state, fall many theories of how lack of a government could possibly work. There are questions of whether people, for instance, have the same currency, be asked to abide by the same laws, or have any types of organized assistance.

It would be hard to argue that all individuals are capable of doing this. For instance, in a society that is deliberately anarchist, there is the question or what would be done with a person who was severely incapacitated by mental retardation. The person might not be able to act in his or her own best self-interest or for the welfare of the society. If that person had no caretakers, it’s unclear what provisions in an ungoverned society there would be for caring for such a person.

About here my reader knows that there has got to be a history lesson in here somewhere, right?

You are in luck!

Anarchy is a form of socialism……it became associated with violent protests back in the 1890’s……a group of anarchists at a labor parade started acting violently and the media immediately made it the tenet of anarchy……and it has been used in that context ever since…….

As they say in “Starship Troopers”…….”would you like to know more?”

Is this a true threat or is it just the FBI attempting to look as if they are effective?  (Something that they desperately need….good PR)

Or better……has the FBI been punked?

Once again the presumptive nominee a couple of months ago is having a horrible time trying to win over the voters…..and the last debate that all said he had to crunch did NOTHING to help his cause….I hear people mock Carson for being too sedate….apparently they have not witnessed the performance of Jeb Bush in the past 3 months….Carson is like a dude on meth next to Jeb…..

After his dismal performance at the CNBC debate there are many in the political world calling him a dead candidate….or at least should consider going home and playing with his wife….for he is DONE as a GOP candidate…

Think Wednesday night was a rough one for Jeb Bush’s candidacy? Consider these assessments:

Personally, I do not think all the money that he supposedly squirreled away will do any good…..he is on life support….and rich donors are looking for the plug…..he could make it to Iowa….but is there not a city named Waterloo in Iowa?  That would be poetic!

Please let me have your thoughts on the Bush candidacy……

I want to share……because that is just the kinda guy I am….. 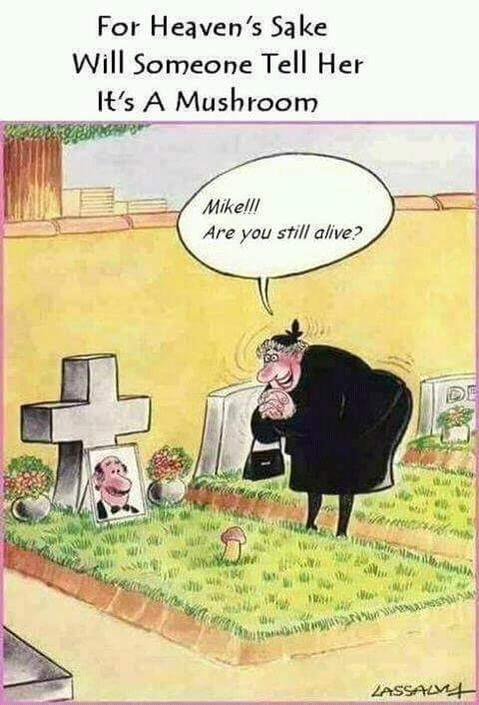 ISIS is on the lips of anyone that cares about the US and its path to the Middle East……ISIS made the transition from Al-Qaeda in Mesopotamia (AQM) to ISIS in the years between 2003 and 2013….a decade in the making.

The common wisdom blames then GW Bush for his decision to invade Iraq when our true enemies were in Afghanistan, at the time……the truth is that we may blame him but the rise of ISIS after the near defeat of AQM was not all his to bear…..

Granted his appointees were as much to blame as he is……and in most cases more so…..but the real culprits are those appointed mid-level bureaucrats…..or as like to call them….the “Unaccused”.

How about a short history lesson in the days after the defeat of Saddam and the taking of Baghdad…….(you knew I could not pass this up, right?)

In May 2003, in the wake of the Iraq War and the ousting of Saddam Hussein, events took place that set the stage for the current chaos in the Middle East. Yet even most well-informed Americans are unaware of how policies implemented by mid-level bureaucrats during the Bush administration unwittingly unleashed forces that would ultimately lead to the juggernaut of the Islamic State.

This is a lengthy piece but well worth the time it will take to read it……people are always looking for someone to blame for any situation…..we may be blaming the wrong person when it comes to Iraq and the birth of ISIS…..

Source: The Deciders | The American Conservative

I truly enjoyed this article and especially the closing paragraph……

This episode highlights a weakness in the executive branch that is ripe for exploitation under any administration. When the neoconservative Frank Gaffney, speaking about George W. Bush, told Vanity Fair, “This president has tolerated, and the people around him have tolerated, active, ongoing, palpable insubordination and skullduggery that translates into subversion of his policies,” it seems incredible to think that he failed to see the irony of his assertion. But for those who have a deep understanding of how the government works, it is quite possible to undermine a president, then step back and pretend to have had minimal involvement, and finally stand in judgment. But now that the story is known, the American people can be the judges.

Something to think about…..that is if you have the time……

First, I do not like to use the NYT as an authority on anything….their opinion pages are diverse and good….but the paper itself is not a reliable source of information…

Next, Jimmy Carter….I know that the GOP wants to demonize him every chance they get….but he was probably the most pious president we have ever had…..his work internationally is unprecedented…..he has worked for better understanding among nations without rest…..his choice was to make the world a better place…not to see how much money one could make by pretending to care.

Carter has taken on the Israeli-Palestinian conflict and now has waded into the Syrian conflict with a possible plan to end this thing….

The United States, Turkey and Saudi Arabia should join with Russia and Iran to develop a peace plan for Syria.

Jimmy gave us his take on Assad….but what does the rest of the world think……

United Kingdom – The United Kingdom reaffirmed its willingness to accept a temporary role for Assad in a transitional administration in exchange for a successful settlement to the conflict.

European Union – The European Union released a joint statement on the Syrian Civil War which attempted to merge the differing stances towards Assad held by Europe. France maintains a strong position calling for the removal of Assad while Germany and several other European states have been much more reticent in their approach.

Russia – Russian attempted to portray itself as a neutral actor in the Syrian Civil War through hints that Assad may depart as the leader of Syria over the long-term. Nonetheless, Russia continued to defend the legitimacy of Assad and the Syrian regime as a whole.

Saudi Arabia – Saudi Arabia softened its position on Assad by expressing an ability to tolerate his presence in a transitional government for several months. This apparent shift conflicts with other statements reflecting persistent Saudi demands for Assad’s immediate departure.

Turkey – Turkey also softened its stance on Assad following diplomatic talks with the U.S. and other partner nations, acceding to a transitional administration which preserves Assad as a titular head of state for up to six months.

Iran – Iran mirrored Russian rhetoric on the future role played by Assad in a reflection of the deepening strategic alignment between the two countries over the Middle East.

Most Americans know very little about Assad other than what the media tells them they need to know….and that is a very limited amount of knowledge…..

Th effort by Carter and others is at least an effort to solve this problem without the use of force and the deaths of civilians….it will be crapped on by the world we have today because……let’s face it…..war is all we know….anymore.

Personally, I appreciate Carter’s attempts over the years to solve problems without the use of violence and I wish him and the others luck on this endeavor……they will need it when facing the warmongering public.