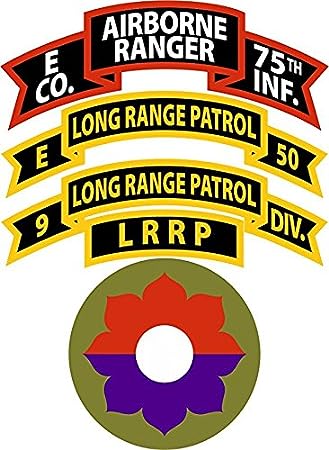 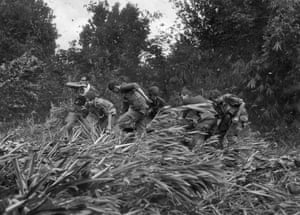 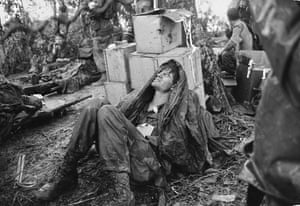 Sorry to be a downer but the US has hit a milestone…..the first nation to come to 8 million cases of Covid-19.

Not something to be proud of and definitely nothing something that should be lied about….and yet our leaders seem to do just that.

The count keeps rising and rising….and some keep ignoring and lying…..we have past the 8 million cases….and are approaching 219,000 dead…..

Less than a month after the total number of coronvirus cases reached 7 million, the US has hit the next major milestone. The nation is now the only one in the world to have 8 million reported cases, USA Today reports. That’s out of 38.9 million world cases, per Johns Hopkins‘ count. The global death toll is almost 1.1 million, while the US has counted 217,000 deaths. Researchers have said actual US total surely is higher than 8 million, per CNN, because testing capacity was low early in the pandemic.

Especially worrisome to experts is the recent jump in US daily infections, which are up 55% in a bit over a month. The one-week average of new daily cases now tops 53,000, per Johns Hopkins. Seven states had a record number of hospitalizations Thursday for COVID-19: Iowa, Kansas, Kentucky, Missouri, Montana, Oklahoma, and Wisconsin. And 14 set records for seven-day averages of new daily cases. The Covid Tracking Project lists the nation’s average test-positivity rate over a week at higher than 5%. “The virus is now winning,” said New Mexico Gov. Michelle Lujan Grisham.

There are few words to describe this nation’s response to a pandemic….

Plus the toll will not stop anywhere near the current level….

As the Trump administration ignores the pleas of its own health experts and embraces a “herd immunity” strategy that scientists have condemned as fringe and dangerous, researchers at the University of Washington School of Medicine are predicting an 80% spike in U.S. coronavirus deaths by February as cases continue to rise across the nation.

A model designed by experts at the Institute for Health Metrics and Evaluation forecasts that the U.S. coronavirus death toll will soar from around 217,000 at present to 389,087 fatalities by February 1.

Under the model’s best-case scenario—in which all Americans adhere to mask guidelines—the U.S. death toll is predicted to rise to 314,000 by the beginning of February. If mask-wearing requirements are eased, the model predicts total U.S. deaths from the pandemic could rise to 477,000.

One final thought on Donald the Orange’s embracing of the “herd immunity”….

“Instead of selling false hope that will predictably backfire, we must focus on how to manage this pandemic in a safe, responsible, and equitable way,” it reads.

Thursday night we had battling townhalls….Trump on NBC and Biden on ABC…..I gave an analysis on Friday’s post……https://lobotero.com/2020/10/16/those-battling-townhalls/

The whole evening was a study in chaos and conflict…..and I watched and read all the analyses and the noise surrounding the evening….

First let me say….Trump is the only person to lose a debate without having an opponent.

Thursday’s night presidential town halls were very different from each other, and a similar theme has emerged in the political post-mortems. What was originally supposed to be a face-to-face debate “morphed into a long-distance study in contrasts,” write Alexander Burns and Katie Glueck at the New York Times. Essentially, the events provided viewers with a choice: Which style of president do you want, combative or, well, dull?

But who won the numbers game?

Donald Trump often has been a TV ratings hit, but maybe not this time. Preliminary results from his nearly head-to-head matchup Thursday night with Joe Biden show the president bringing up the rear, Variety reports. Biden, whose 90-minute event was carried by ABC, is averaging 13.9 million total viewers in early returns. Trump’s hourlong appearance is coming in at 13.1 million combined on NBC, MSNBC, and CNBC. The difference was bigger when comparing the broadcast networks. MSNBC had about 1.7 million viewers and CNBC 700,000, which puts Biden ahead of Trump on the two major networks, 13.9 million to 10.7 million. The final numbers aren’t in yet. ABC’s livestream on YouTube also outdrew the Trump feed.

Before the town halls, both campaigns predicted a ratings triumph for Trump, per CNN; TV executives agreed. Jason Miller, a Trump campaign aide, had said, “We’re gonna have a much bigger audience than Joe.” But the former vice president has shown his ratings strength this campaign. The Democratic presidential nominee averaged 6.7 million viewers in a town hall shown last week on NBC, MSNBC, and CNBC, while Trump’s event last month on ABC drew 3.8 million. Biden also outdrew Trump in their national conventions this summer. Biden had 24.6 million viewers, while Trump drew 23.8 million to the Republican National Convention.

Will any of this equate to votes?

We have the 3rd and last debate in 5 days (that is if Trump does not find a way to weasel out of it)…..should prove to be as worthless as the past ones.