Today is Thursday and a storm is just hours away from landfall……Once again my region is looking into the mouth of a beast of a storm….this time it is Hurricane Delta…..

Good news for my area but not so much for storm weary Louisiana…..

For the sixth time in the Atlantic hurricane season, people in Louisiana are once more fleeing the state’s barrier islands and sailing boats to safe harbor while emergency officials ramp up command centers and consider ordering evacuations. The storm being watched Wednesday was Hurricane Delta, the 25th named storm of the Atlantic’s unprecedented hurricane season. Forecasts placed most of Louisiana within Delta’s path, with the latest National Hurricane Center estimating landfall in the state on Friday, the AP reports. The center’s forecasters warned of winds that could gust well above 100mph and up to 11 feet of ocean water potentially rushing onshore when the storm’s center hits land. “This season has been relentless,” Louisiana Gov. John Bel Edwards said, dusting off his now common refrain of 2020: “Prepare for the worst. Pray for the best.”

A hurricane warning has been issued for a stretch of the northern US Gulf Coast. The National Hurricane Center in Miami said Delta is expected to become a major hurricane again, like it was days earlier before crossing part of Mexico’s Yucatan Peninsula. But some weakening is forecast once Delta approaches the northern Gulf Coast on Friday. So far, Louisiana has seen both major strikes and near misses. The southwest area of the state around Lake Charles, which forecasts show is on Delta’s current trajectory, is still recovering from an Aug. 27 landfall by Category 4 Hurricane Laura. New Orleans spent a few days last month bracing for Hurricane Sally before it skirted to the east, making landfall in Alabama on Sept. 16. Louisiana saw heavy flooding June 7 from Tropical Storm Cristobal; Tropical Storm Beta prompted tropical storm warnings in mid-September as it slowly crawled up the northeast Texas coast; and Tropical Storm Marco looked like it might deliver the first half of a hurricane double-blow with Laura, but nearly dissipated before hitting the state near the mouth of the Mississippi River on Aug. 24. And there are nearly eight weeks of hurricane season left.

Just wanted to let my regulars know that if I do not appear for awhile it is because we lost our internet and that I shall return as soon as possible.

Once again a closing tune for the day…..

See you guys when I can……

There is a whole bunch of analysis on whether there will be another debate between Biden and Trump since he has had the virus and needs to be 14 days without contact…..

Trump has made his thoughts known about the idea of a virtual debate…..

A clamor to make the remaining debates between President Trump and former VP Joe Biden virtual broke out this week, with the New York Times editorial board noting that “under the current circumstances, it would be irresponsible for the show to go on as planned.” It looks like those calls were heard, at least for the debate coming up next—though Trump says he won’t take part. The nonpartisan Commission on Presidential Debates made the announcement Thursday morning, a week before the two were scheduled to face off in Miami: “In order to protect the health and safety of all involved” in the Oct. 15 “town meeting,” the candidates will “participate from separate remote locations,” while other participants and the moderator remain in Miami, the commission said. What followed:

Shortly after the commission’s announcement, Trump said he won’t take part if it’s going to be a remote format, per the Washington Post. “I’m not going to waste my time on a virtual debate,” he told Maria Bartiromo on Fox Business Network. “That’s not what debating is all about.” He added, per Politico, “You sit behind a computer and do a debate. It’s ridiculous, and then they cut you off whenever they want.”

Trump does not want a virtual debate because he cannot act up and show his ass and feed his supporters lust for ignorance.

Last night was a much awaited (not sure by whom) debate between Harris and Pence….the VP candidate debate.

First this debate was a bit calmer than the first presidential debate….at least it was easier to watch this time.

As the coronavirus sweeps through the upper reaches of government, Republican Vice President Mike Pence and Democratic challenger Kamala Harris faced off Wednesday night in a debate highlighting the parties’ sharply conflicting visions for a nation in crisis, per the AP. The candidates appeared on the stage in the University of Utah’s Kingsbury Hall exactly 12.25 feet apart and separated by plexiglass barriers, with warnings to all guests that anyone who refuses to wear a face mask will be removed—an extraordinary backdrop for the only vice presidential debate of 2020. Some critics say Pence shouldn’t have even been there in person, as he attended an event last week at the White House with Trump and others who’ve since tested positive. Pence’s staff and doctors, however, insist he doesn’t need to quarantine, under CDC guidelines. Moderator Susan Page, the Washington bureau chief for USA Today, kicked off the 90-minute debate on the topic of COVID-19:

Harris handled herself well…..she was led astray by Pence on one occasion to debate the Supreme Court….not a good look for me….I think she could have made more attacks about the pandemic and the lies of the present administration.

Major take-a-ways from the debate….not mine but others that get paid a helluva lot more than I…..

Not a game-changer. The debate did nothing to change the trajectory of the race, Shane Goldmacher writes at the New York Times. Despite high expectations from Democrats, Harris “did not eviscerate Mr. Pence,” he writes. “As for Mr. Pence, he turned in an effective, dutiful, conservative case for Mr. Trump, the likes of which the president rarely articulates himself. He predicts that “the debate could have a bigger impact on the 2024 race than on 2020.”

We are Americans and we need to know who won the night…..it was that tiny fly on Pence’s head….. 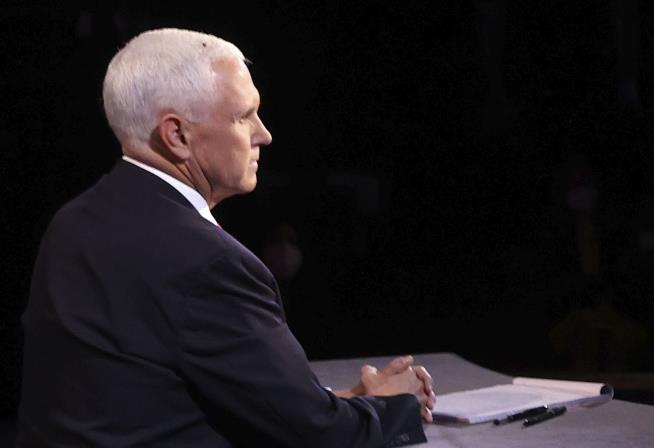 Social media needed this to divert the attention from a bad night for the GOP.

This debate like most debates are as worthless as they can be…first few direct answers are given…they always talk about what they want to talk about…that is not a debate…..this is a waste of time….people already know who they will vote for this is just an exercise in stupid.

Something to do while I get the analysis of the debate ready.

No words from me…..just watch the video……

Are you a Trump supporter? If so, how do you think his numerous trade wars are faring for the country?

I have written numerous posts on what I think of this sanity that is nothing more than a political stunt.

But let’s look at the results of the so-called trade war with China just weeks before the vote.

trade warAs the curtain falls on the first Trump presidency, it is timely to reflect on what has been achieved – or not. And nothing could be more at the heart of US President Donald Trump’s mission to “Make America great again” than an audit of his
on China.

costly claim….It is more than two years since his crassest, most significant and most
: “Trade wars are good, and easy to win.” The shocking naivety of that statement still makes me shudder. But having declared war, he has fought it, and continues to fight it, unflinching in his conviction that one way or another he will eventually succeed, and that the United States will have been made stronger in the process.

Whether Trump wins another term in office or not, he can take comfort that his good fight will continue. His opponent in the presidential election, former US vice-president Joe Biden, has given
every indication
that Trump’s trade war on China will rage on.

tariff wars.
But how well served have the US economy, American companies and workers been by the, and unprecedented efforts to roll back seven decades of globalisation and trade liberalisation?