My readers know that I think that the news media in the US is a joke…at best…..Their coverage of news is one sided….depending on the point of view of the editorial staff……and international reporting is horribly skewed….I give you the reporting on the problems in Israel/Palestine….the media is pro-Israel and will report little that is any way derogatory towards Israel….and that trend is continuous on any other international news.

Then we have the reporting on the political scene…..there the media is as worthless a news source as a box of corn flakes…..but do not take my word for it……

Political reporting in the US is in a sad state, and the problem is more fundamental than you might think, writes Jonathan Stray at Medium. Yes, coverage tends to be of the superficial “horse race” variety and too many reporters covet “insider” status, but Stray’s complaint goes deeper. He thinks we have a far too narrow view of what “politics” means. The word encompasses more than candidates and government, he writes. The true meaning involves actual people and the way they want to change their communities. Unfortunately, “most politics coverage is about politicians, not the things I care about and the actions I could take.”

It’s the reason young people are tuning out of traditional politics, writes Stray. They’re not apathetic—they’ve just learned that social change is more likely to come about through ways beyond electoral politics. If the political press wants to stay relevant, it better pay attention. “I want political journalism to help me better understand how to change the world to my liking, by acting with other people who want the same thing,” writes Stray. “I want it to be about me and my community, and our aspirations, and what we could do to make them real. ” In short, “political journalism should be politically empowering. Everything else is entertainment.” Click for the full column.

The media is to blame….not completely…..for the state of our politics today….personally I get more “balanced” news in the US from the BBC and that is just sad on so many levels….the US media is more about entertainment not news….. 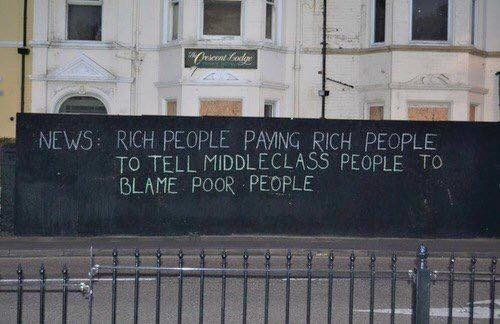 Pres. Obama has made that promise from the beginning of the horror that the world has called IS/ISIL/ISIS…..a promise that he has violated on several occasions….he has sent troops in incrementally for at least 2 years…..and he has once again broken his promise……

The US will be sending an unspecified number of special operations troops to Iraq to “put even more pressure” on ISIS in both Iraq and Syria, NBC News reports. “These special operators will over time be able to conduct raids, free hostages, gather intelligence, and capture [ISIS] leaders,” CNN quotes Defense Secretary Ash Carter, who made the announcement Tuesday. According to NBC, the “specialized expeditionary targeting force” will work with the Iraqi government to conduct unilateral operations in Syria, though it may also conduct operations within Iraq without notifying its government first. “We are acting to defeat [ISIS] at its core,” Carter says. “We’re going to win.” Officials say the force won’t include “large numbers” of troops.

Republicans have been critical of Obama’s actions against ISIS, with one GOP lawmaker calling them “lackadaisical” during Carter’s announcement Tuesday, Politico reports. And Jeb Bush—while supportive of sending special operations troops to Iraq—says the move doesn’t go far enough. “American special operators bring a unique suite of capabilities that make them force multipliers,” Carter says. “Where we find further opportunity to leverage such capability, we will be prepared to expand it.” He says that while the US isn’t technically at war, “it has that kind of gravity.” The new special operations forces being sent to Iraq are in addition to the up to 50 Obama authorized in October, according to CNN. And NBC quotes one official who says it “cracks open the door” for combat operations in Syria.

Let us be clear……special ops troops are by definition…..combat troops.

The president’s actions have all the earmarks of the Vietnam War beginnings……only a matter of time before the US is engaged in all out fighting on a massive scale….

How long will it be before the blood begins to flow more so than today?  And how long before the American body count starts up…..yet again?

But we have Obama’s word that there will be NO combat troops used to fight ISIS.

Source: Fly The Crowded Skies Of Syria | In Saner Thought

With all that traffic over Syria is almost bumper cars with Syria, US, Turkey, Russia, France, occasionally Jordan and China has hinted that they to will join the “fun” in response to ISIS killing a Chinese national now we can add one more……

British lawmakers voted by a wide margin Wednesday to join the international campaign of airstrikes against ISIS in Syria after Prime Minister David Cameron asserted that bombing the “medieval monsters” in their heartland would make Britain safer. Anti-war protesters outside Parliament booed as they learned the result of the vote. The decision came after an emotional 10 1/2-hour debate in which Cameron said that Britain must strike the militants in their heartland and not “sit back and wait for them to attack us.”

Opponents argued that Britain’s entry into Syria’s crowded airspace would make little difference, and said Cameron’s military plan was based on wishful thinking that overlooked the messy reality of the Syrian civil war. Just hours after the vote, British warplanes carried out their first airstrikes in Syria. Four Royal Air Force Tornados took off from a British air base in Akrotiri, Cyprus shortly after the vote. A Ministry of Defense spokesman told the AP the planes had conducted strikes in Syria, and details about their targets would be provided later Thursday.

UK did not waste anytime joining the parade of war planes…..I am sure that this will make all the difference now that UK has decided to do what is “right” (sarcasm in case it eluded you)…..defense contractors are all smiles and drinking champagne…..

But this is not the end of this post…….

The German cabinet agreed on Tuesday morning to join the Syrian war. Chancellor Angela Merkel and Defence Minister Ursula Von der Leyen left no doubt that the intervention would be a combat mission.

The German army plans to send six reconnaissance Tornado aircraft, air-to-air refuelling planes, a frigate, and up to 1,200 soldiers to Syria. A total of €134 million is to be spent over the coming year on the deployment, the largest intervention currently being conducted by the German army.

And now I ask the same question that I have asked on numerous occasions…..What could possibly go wrong?

Saw this on a retweet from Peace Now…..I like it….

World leaders went to Paris….not specifically in remembrance of those killed by the terrorist attack….nope…this time about 150 world leaders showed up for a summit on the climate.

After the speeches and the leaders go home the negotiations start to find common ground for a climate agreement…I believe there have been others….like Tokyo and Copenhagen….and the results were predictable….not a damn thing happened…..but now everything is different and the world is serious about finding a solution to this problem.

The biggest question is….if they somehow come up with an agreement will it be binding?

There are many opinions and this press is just one among many….

No sanctions for countries that renege on their commitments, therefore, no point in making a legally binding agreement?

The summit is a good thing….that is until you see who is the sponsor…..

If there are any thoughts…..please share and we can discuss……

I recall all the mocking that was given when someone tried to equate the rise of terrorism with that of poverty.  Some Right wing sources made light and even a joke or two over the comment….

US president George W. Bush told the United Nations in 2002, that “we fight against poverty because hope is an answer to terror.”

While I believe that poverty does have a spot on the list of causes of terrorism…… it is not the only driving force behind the acts……politics is a much bigger driving force….it interests me that some cannot see where extreme poverty could drive someone into acts of terrorism…..but that is another day and another post…..the below article is a good piece on this……

Source: It’s not the poverty in the Middle East that’s driving terrorism—it’s the politics – Quartz