Seriously I thought this was just another feel good summit where all parties get together and schmooze and back away saying progress was made but there needs to be more talk…..that is what I expected……and then I read where 195 countries came to an understanding……say whaaaaaaaat?

Against all odds, 195 countries agreed long enough on how best to fight global warming and reduce greenhouse gas emissions to come to a draft agreement at the ongoing UN climate talks on Saturday in Paris, CNN reports. While there are still a lot of issues to hammer out, participants are optimistic that having a rough blueprint done on schedule—a rare occurrence—will give ministers enough time to negotiate an unprecedented agreement next week, according to the Guardian. “It has laid a solid foundation for next week…like when we cook a meal you need to have all the seasonings and ingredients and recipes, but next week is the actual cooking,” China’s chief climate negotiator says.

One of the biggest sticking points left to negotiate is how much money and resources developed countries will give to help developing countries meet climate change goals, NPR reports. The only line in the draft plan currently addressing that issue—as quoted by CNN—reads: “Developed countries shall provide developing countries with long-term, scaled-up, predictable, new and additional finance, technology and capability-building.” While the same issue has proved an impossible hurdle toward previous climate change agreements, many remain optimistic this time will be different, NPR reports. “It always seems impossible until it’s done,” the French ecology minister quoted Nelson Mandela Saturday at the conference. “We will do it.”

like I said….I am just amazed that this much progress was made…..this is far from a done deal….but it is a lot closer than I had anticipated…..

I am sure I will hear from the deniers……that will be good…..I will probably ignore anything they have to say unless it is a rational local opposition….

How many times have you heard a Right wing go on and on about all those damn freeloaders…..you know those people that get a free ride on the government dime…..those darn pesky poor people that need some help….

Personally, I think it is idiotic but what really amazes me is the damn freeloaders that everyone ignores……people that owe taxes but can hire a lawyer to not pay taxes or those corporate moguls that hide their money offshore so they can avoid taxes….and then there are those toads in the defense industry that get freebies shoved up their butts while making billions…

The latest screwing the government has taken is in Afghanistan….and no not really talking about a $43 million gas station that took $500,000 to build…..but I am talking about the living conditions some enjoyed…..

First the Pentagon poured $43 million into an Afghan gas station that should’ve cost $500,000. Now it’s under fire for putting up a “handful” of staff and visitors in private Afghan villas, as well as shelling out for private bodyguards and fine dining—running up a taxpayer tab of around $150 million, USA Today reports. In a letter to Defense Secretary Ash Carter, the Special Inspector General for Afghanistan’s Reconstruction questioned the Task Force for Business Stability and Operations’ need for “western-style hotel accommodations” that included flat-screen TVs (of at least 27 inches), food service of at least three stars, and private security services. “If [task force] employees had instead lived at [DoD] facilities in Afghanistan, where housing, security, and food service are routinely provided at little or no extra charge to DoD organizations, it appears the taxpayers would have saved tens of millions of dollars,” IG John Sopko wrote.

The TFBSO was formed in 2006 to help boost economic development in Iraq, eventually stretching to include Afghanistan in 2009, Mother Jones notes; the unit shuttered in March. The bill, which USA Today notes made up 20% of the task force’s budget, took care of “no more than five to 10” staff members and could have been significantly reduced via other alternatives: Sopko says putting up a staff of 10 at the US Embassy in Afghanistan in 2014 would have cost about $1.8 million, while a stay at a local military base would have cost next to nothing. Sopko implicates ex-TFBSO chief Paul Brinkley for the excesses and being uncooperative with SIGAR; Brinkley denies ever being contacted by SIGAR. Sopko’s letter, which Bloomberg notes is his second attempt to get an accounting, has also requested names of those who holed up in the villas, per USA Today. (Check out Sopko’s full letter.)

Just another side benefit from the privatization of the Reagan years….these people are over charging the government and still get freebies while racking in cash….

And yet a mother of 5 that gets EBT is somehow evil….and yet millions are stolen and it is somehow okay….and that my friends is pathetic.

I am not big on Republicans, especially the toads these days….but the US has had a couple of really great Republican presidents…..and NO one them is NOT Reagan……the two that I appreciate are Teddy Roosevelt and Dwight Eisenhower…….both proved that there were actual statesmen in the GOP……..

Ike warned the country about the growing power of the military-industrial complex and few listened…..Ike was a real conservative and a great statesman…..NO one in the GOP these days could walk in his shoes…..

But his insights into the nature of the M-IC is not the only insight he had….. 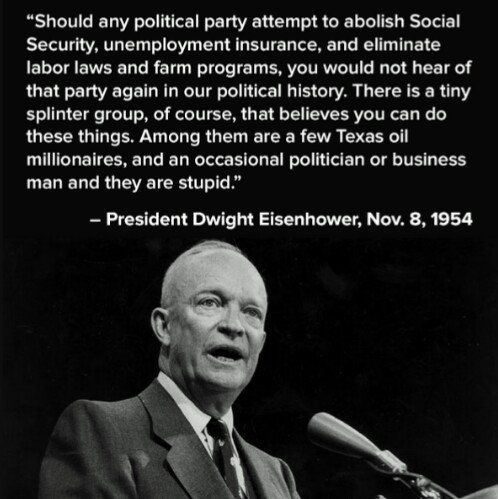 Now that I have spoken my mind on the issues du jour….let’s move on to the continuing saga of a Syrian solution….

There are lots of solutions out there….every foreign policy wonk has his/her idea……but you know very few have thought of a political settlement to this situation…….

I read this pdf and thought it made some good points….if you would like to see what I mean then spend a few minutes and see for yourself……

Source: A Political Settlement in Syria.pdf

There are so many players in the Syrian saga that one needs a scorecard to separate them out…..and each one of those players has an idea of the proper way to end the situation in Syria….the problem, as I see it, there are very few that take Syrians into the equation..

I know that we Americans enjoy thumping our chests but if there is ever going to be a solution in the Syria conflict then the Syrian people must be part of that solution….or it is doomed to failure…..