I am breaking with my tradition of posting only one article on weekends so I can spend more time doing stuff other than thinking about the world going to crap.

Since I was young and living in Europe I have been a Ferrari fan…..I was living on the island of Mallorca and one day I was headed to the beach, about a block from our house, and as I turned the corner I came face to face with…. 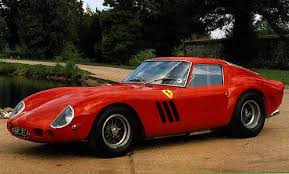 One driver may be giving her insurance company an expensive bill after she accidentally backed into a nearly $300,000 Ferrari while attempting to parallel park outside a Virginia coffeehouse, the AP reports. Video being shared online shows the aftermath of the Saturday accident in Great Falls, near Washington, DC. It shows the rear of the woman’s Mercedes convertible sitting on the hood of a Ferrari 458 Speciale with a car alarm blaring. It happened at a weekly meeting of local car enthusiasts. One man asks the woman who was behind the wheel of the Mercedes: “Are you serious?” Fairfax County police say they helped the drivers exchange information, but no one will be charged. The Ferrari 458 lists for more than $290,000 and tops out at over 200mph

It is to make me sick!

This should call for capital punishment or something worse!

Have you ever experienced those Egyptian cotton sheets?

If not then you have missed an amazing experience.

Why I bring up this subject will be apparent very shortly.

The weekend begins and I will step away from the news and the insanity these and enjoy some time with family……as most of my readers know I am a geek when it comes to history…..for if you ignore history then you are dooming yourself to mediocrity….

Over the next four years, roughly 700,000 Americans were killed, and millions of others were injured or made destitute. The south was reduced to a weakened state ravaged by war and no longer able to thrive on the free labor provided by the pernicious institution of slavery.

But for a number of fledgling countries and colonies across the world, America’s loss was their great gain. As northern warships blockaded southern ports, closing them off to commercial shipping, the cotton plantations of the Confederacy struggled to export their ‘white gold.’ With the great textile mills of England now deprived of the lifeblood of their industry, 80 percent of which had previously come from the U.S, the price of cotton very soon went through the roof. Since the beginning of the Industrial Revolution, birthed in Britain, the United States and its former antagonist and overlord  had symbiotically thrived on the massive revenues from the cotton trade, a titan of commerce reliant on the lives of the American South’s enslaved population. Now, the Civil War imperilled everything for the moneymakers on both sides of the Atlantic Ocean.

Now with your history lesson in tact please spend some time enjoy yourself and get some rest…..