The Olympics started today so I will not be posting as much as normal…..I want to watch a few great sports like soccer, handball and a few others…..

2016 is a helluva election……..2 candidates that few trust or even fewer like……some say that we Americans are craving a viable third choice…..instead of whining like titty babies about how bad the candidates are then go out and find an alternative…..

Americans’ demand for an alternative to the two main presidential candidates has surged since the last election, a Reuters/Ipsos opinion poll shows, underscoring the unpopularity of Republican Donald Trump and Democrat Hillary Clinton.

Based on 2,153 interviews, Friday’s poll results suggest a strong potential for a third-party candidate – like Gary Johnson of the Libertarian Party or Jill Stein of the Green Party – to take enough of the vote in the Nov. 8 presidential election to influence its outcome. 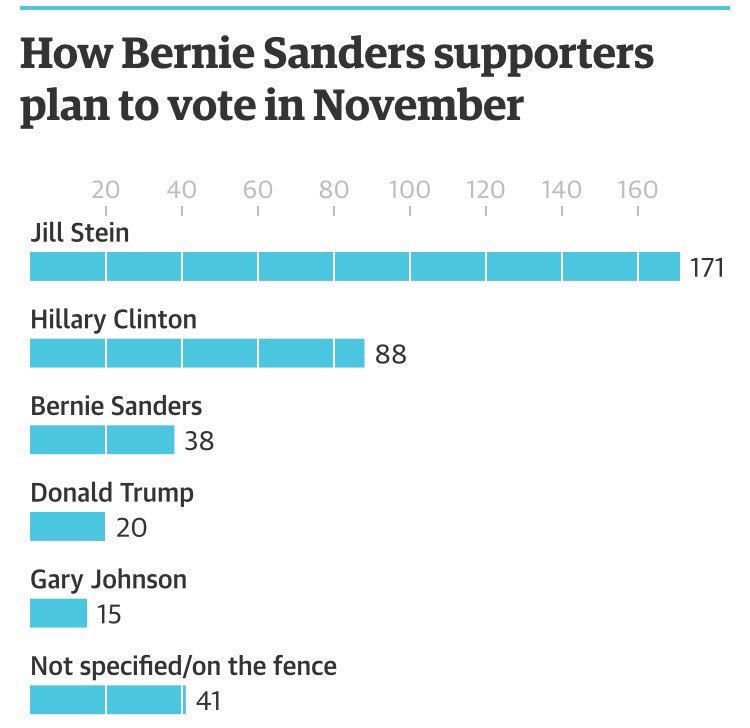 I know this may sound like one of those lovely vid games that the soul-less play…..but not this time….

With an election looming on the horizon and with all the chaos in the world…it is only a matter of time…..

I have writing about the possibility for a World War 3….there is some much hatred out there that it could be any day….the Middle East or South China Sea or Eastern Europe or Russia of even the lowly North Koreans…..so much happening and so little time……

When did America’s establishment ever discuss, in elections or at other times, issues of war and peace for the people’s understanding and consent? Virtually never. There was no mandate for Vietnam, Cambodia, Iraq, Libya, Syria, or a dozen other conflicts.

Of course, once a war gets going, there is a tendency for Americans to close ranks with flags and ribbons and slogans such as “Support our troops” and “Love it or leave it.” The senior leaders know this psychological pattern, and they count on it, every time.

Bernie has lost his position as the head of a progressive movement…he did that the minute he endorsed Clinton and quickly on his coat tails was Warren….all in the name of unity……balderdash….

Millennials come out hard for Bernie….and if the establishment thinks that these endorsements will appease these voters in the name of unity….then I do believe they are mistaken.

There was a hard campaign to discredit Bernie by the neolibs, mostly Clinton supporters who masqueraded as media pundits….but they may have played a dangerous game with these voters….

We have been told a story about the presidential candidacy of Senator Bernie Sanders, a story perpetuated almost exclusively by centrist Democrats vehemently opposed to his progressive agenda.

This story has many variants, but each features a central component: The Sanders campaign, the narrative goes, is merely masquerading as an ambitious political revolt dedicated to improving the material conditions of the public. In reality, contrary to its facade of progressivism, the Sanders campaign has largely served as a vehicle through which angry white males can freely express their fury at the expense of Hillary Clinton, President Obama, and the rest of the liberal political class.

These voters may well look for an alternative and I do not mean the Trump camp…..

After decades of silence the young have found their voice….they just need to keep shouting….do not them wear you down…..a better world is possible.

I wish I could be optimistic about the chances of the country with this election…..but I cannot see any light at the end of this “militaristic” tunnel…….and that applies to whoever gets the nod from the voters.

I’ve finally figured out why so many pundits and journalists are signing on to the new cold war with Russia: they weren’t alive during the last one. They have no memory of the Cuban missile crisis, they didn’t grow up in the era of backyard bomb shelters: for them, Fail Safe and On the Beach […]

All we can do is pray for some sanity….we definitely cannot vote for sanity….those days are long gone.