My weekend is going good…I hope everyone here is also having a pleasant weekend…..hopefully all are relaxing and enjoying the day….

This one is my fave…I live in the “Bible Belt” so I am always getting someone approaching me  with some “witness” or another….but this one I love …. 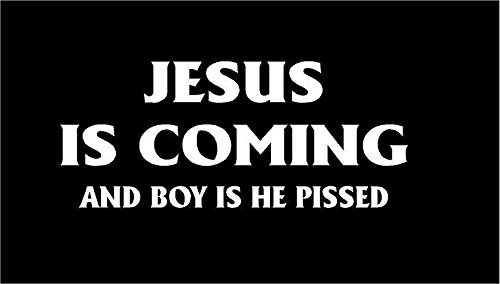 Okay let’s jump into today’s post before I get sidetracked again…..

Today’s post is about Earth 2….not the Scifi show from 20 years ago but a real-life Earth 2….for years now scientist having been saying they have found earth-like planets in our universe…..but this time they are proclaiming  “we hit the jackpot”!

After scanning the vast reaches of the cosmos for Earth-like planets where life might exist, astronomers have found one right next door, the AP reports. A planet that is rocky like Earth and only slightly bigger has been discovered orbiting Proxima Centauri, the nearest star to our solar system, scientists reported Wednesday. It is probably in the not-too-hot, not-too-cold Goldilocks Zone where liquid water—a key to life—is possible, if the planet has an atmosphere. And it is a mere 4.22 light-years from Earth, or nearly 25 trillion miles. It is easily the closest potentially habitable planet ever detected outside our solar system—and one that could be reachable by tiny, unmanned space probes before the end of the century, in time for some people alive today to witness it.

The international team of astronomers that announced the discovery did not actually see the planet but deduced its existence indirectly, by using telescopes to spot and precisely calculate the gravitational pull on the star by a possible orbiting body—a tried-and-true method of planet-hunting. “We hit the jackpot here,” said Guillem Anglada-Escude, an astrophysicist at the Queen Mary University of London and lead author of a study on the discovery in the journal Nature. He said the planet is “more or less what we have on Earth.” They’re calling it Proxima b, and while it could be like Earth in the important features, it would probably still look very alien. It is 4.6 million miles from its red dwarf star, or just one-twentieth of the distance between Earth and the sun, creating an incredible orange sky with no blue, so it looks like a perpetual sunset. And if that’s not different enough, the planet circles its star so quickly that its year is about 11 days. Click for more on the planet, which doesn’t rotate.

Enjoy the rest of your day…..I shall be back tomorrow….not a threat but rather a promise…..

Peace out, my friends!