Did you see the movie “Ex-Machina’?

If not then I will not spoil it for you…… let’s just say…… kinda kinky as well as  sexy.

Meanwhile back to the research…..robots and sex……

“Please touch my buttocks.” Most people feel uncomfortable obeying this command, and scientists have just discovered that this discomfort extends to, well, boxes of circuitry. Researchers at Stanford University are presenting their findings from a study on touching robots at the Annual Conference of the International Communication Association in Fukuoka, Japan, in June, reports IEEE Spectrum. It turns out that even though a robot’s “human-ness” is merely programmed into it, “We’re very, very good at fooling ourselves … to the point where it starts to get a little weird.”

To test this, the researchers had undergrads sit at a table with an NAO bot and respond to various commands, including “touch my hand” and “touch my buttocks.” Each participant’s non-dominant hand was hooked to a sensor that measured various physiological responses to capture the person’s attention and alertness. The less accessible a body part (think inner thigh or genitals), the more uncomfortable and reluctant the participant. Popular Science reports that the researchers didn’t go so far as to investigate why (that will likely be for future study), but they do note that “people are not inherently built to differentiate between technology and humans.” For now they suggest that the takeaway may be for robot designers to place command buttons in easy-to-reach places.

I guess this proves that I am officially an old fart.  This type of news just meakes me want to say……Eeeeewwwwwwwwwww!

The MSM has busted a blood vessel analyzing the outcome of the primary process…..oh the math!

The problem is that many Dems do not trust Hillary and her faux “I feel your pain” con…..(Hell she cannot figure out a subway turnstile)…….but for the sake of argument id she wins the nomination will she have all the support from all the Dems?

My opinion is that she is not liked by most so I do not think that all of Bernie’s supporters will flock to her side for the general election.

A recent poll bears out what I am feeling……

The surge of voter enthusiasm for the Bernie Sanders campaign may not translate into Clinton fever this fall if she gets the nomination. According to the latest McClatchy-Marist poll, some 25% of Sanders supporters—especially independents, moderates, and men—say they won’t support Hillary Clinton if she becomes the nominee. It’s not clear whether they would vote Republican, choose a third-party candidate, or just stay home. Only 14% of Clinton supporters say they won’t support Sanders if he becomes the nominee. “Right now, the Sanders voters are more reluctant to support a Clinton candidacy,” says Lee Miringoff, director of the Marist Institute for Public Opinion.

The poll numbers are worrying news for the party, though Mediaite notes that during the 2008 Democratic primaries, pollsters found that 50% of Clinton voters claimed they would support John McCain over Obama, who ended up winning that November. The McClatchy poll also found that Sanders has edged ahead of Clinton nationwide, 49% to 47%, helped by overwhelming support among voters 29 and younger, 73% of whom prefer him to Clinton. He also leads among Latinos, independents, and the unmarried, while black voters, voters over 60, and Democrats lean toward Clinton. (Sanders believes his path to victory involves a contested Democratic convention.)

If they do not vote for Hillary…..then who?  Well we can be sure that the Trump camp will not see an increase from ex-Bernie supporters.  Or for that matter neither will the Cruz group if he somehow wins his party’s nomination.

Then who will these voters fall behind in the election?  Will they settle for a third party candidate?  Maybe a candidate like Dr. Jill Stein of the Green Party?

Who will win the support of those 25% of ex-Bernie supporters?

I write a lot about the Middle East and the Palestinian situation….my interest comes from a close friend and colleague from my past that was a Palestinian ex-pat……I try to help Americans understand what is happening from a Palestinian perspective….the Israeli perspective is pretty much the western papers are willing to publish….

If anyone would like to know what is being said about the most recent flare-up of hostilities then maybe a little help would be in order (it is from a Palestinian point of view…please keep that in mind before one goes off on some rant)…..

With that bit of background out of the way…..June of 2017 will be the 50th anniversary of the 6 Day War…..and Palestine may be planning something that, in my opinion, should have happen decades ago…..

But first a little more perspective……

I had been playing with an idea that could possibly aid the Palestinian people and their search for a state of Palestine: this post is part of those thoughts.

Israel usually issues sweeping declarations in the month of November and there is a slight chance that after the US election that BiBi will issue a rsolution calling for a 2 state solution to the conflict…..

Source: Will a two-state solution be announced in November? – Al-Monitor: the Pulse of the Middle East

After 50 years of suffering at the hands of occupiers…..it appears that the Palestinian leadership is preparing to do what I and others have been championing for years…..

June 6, 2017, will mark 50 years since the Six Day War in which Israel conquered the West Bank and the Gaza Strip as well as the Sinai Peninsula and the Golan Heights. Israel considered it a war of defense, given repeated threats by Egyptian leadership at the time (then-President Gamal Abdel Nasser) to annihilate the country with the support of all Arab states. The Arab armies were defeated in six days. But what started as a rescue war, as a blessing for Israel, turned with time into a burden and a curse of controlling the lives of 2-3 million Palestinians. For the Palestinians, this date marks a second tragedy, after the very establishment of Israel in 1948.

Source: Will Palestinians declare independence in June 2017? – Al-Monitor: the Pulse of the Middle East

Next year could prove to be an interesting year……but only problem I see from an American point of view is that there will be a new president in the White House and neither has shown any interest or concern for the Palestinian people…..

This election has had a plethora of rhetoric about the possibility of the US once again moving toward war footing……is that really necessary?

With all the violence worldwide the very thought of a peaceful world is merely a dream…..a dream that few speak of these days…..most of the rhetoric is about how to defeat, subjugate or destroy our enemies…..nothing is being said of ways to end our conflicts without killing massive amounts of people, including our own troops.

If we are truly honest with the American people then we need to tell them the fact that there is NO military solution for the conflict in Syria……but we know that will not happen….why?  Not popular.

Longtime UN diplomat Lakhdar Brahimi talks about how to end the tragedy, and when you really need diplomacy.

Source: There Is No Military Solution for Syria | The Nation

If there is no military solution for Syria….then why not try a unique solution…..try to find a peaceful solution to the problem?

Peace is the keystone of liberty and prosperity. To completely understand why, it will be important to develop a theory of peace.

Most arguments against war at least partially rely on empirical evidence. Anti-war literature tends to draw from past calamitous consequences of foreign interventionism. Here I will endeavor to make the case for peace using only theoretical incentive analysis.

Source: Toward a Theory of Peace – Antiwar.com Original by — Antiwar.com

Peace is not a popular concept in these days of bravado of the election process…..but unless this country wants to remain on a “war footing” for generations then maybe it is time for some serious thought of trying to help build a more peaceful world.

I realize that war is good business…..but to someone that has lived through such obscenities I say it is time to learn and build a theory of peace…..for the sake of our country and the world. 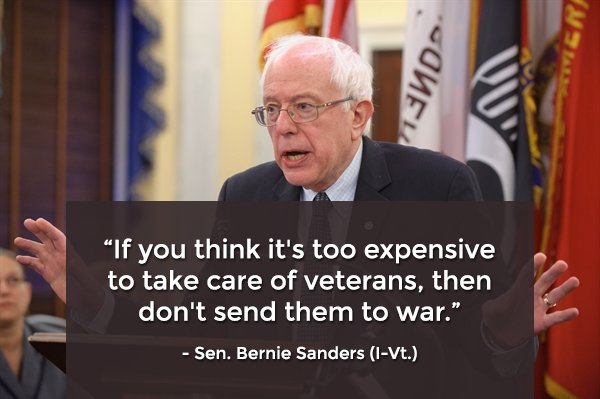 Or maybe this should be said more often…….. 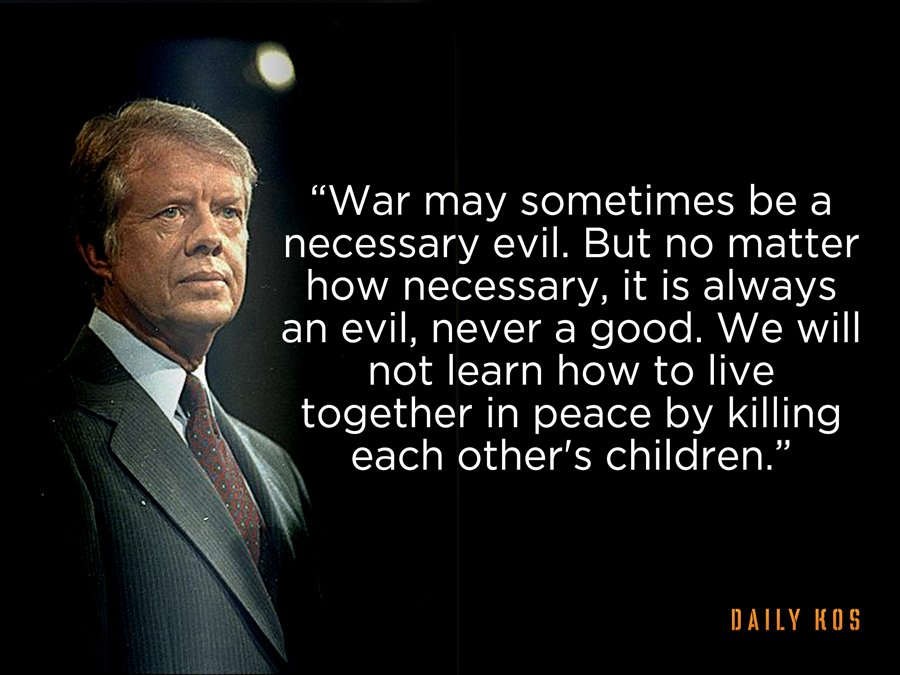 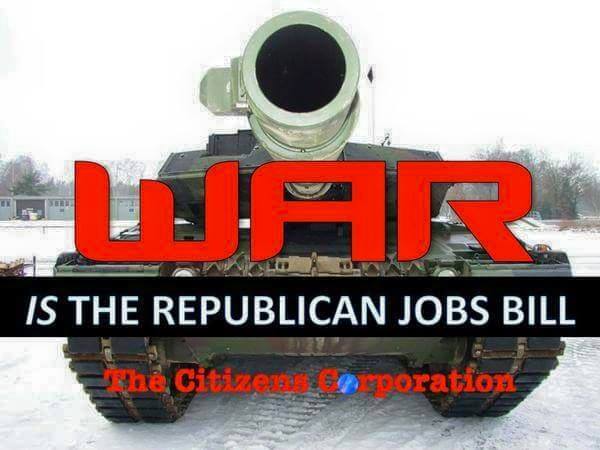 This election is going to be a very important one…..will the voter decide that constant warfare and deployments are the best interests of the country?

BTW….would you like to know who won in Wisconsin?  READ A NEWSPAPER!

I have been writing about neo-conservatism for years now and in all that time few people show that they understand just what it is to be a neo-conservative.

Most think that just by calling oneself a conservative is enough….not so……I read alot of stuff everyday and I came across this explanation in a blog called Lobe’s Blog….it is an excellent explanation of the phenom we call neo-conservatism……

I’ve been asked to give a kind of Neoconservatism 101 over the next 15 minutes or so, which is a big challenge for me. It took seven hours to get through the subject with the Institute …

Source: Neoconservativism in a Nutshell « LobeLog

I bring this up now because it looks like it will be a race between Trump and Clinton for the presidency, at least right now–but who knows for sure?

If this is the case who would you think that the neocon faithful would support?  An unknown entity or a proven neocon?

The neoconservative Right would have you believe this election affords them a uniquely tough choice. On the one hand, there’s Hillary Clinton, liberal bogeywoman and hated embodiment of the Democratic establishment. On the other, there’s Donald Trump, who has repeatedly called the Iraq war a mistake, accused the Bush administration of lying to drag the United […]

I told you would be surprised!

My regular readers know that I am a student of conflict……war if you like….the act of going to war has fascinated me since my days in Vietnam, so much so that I have a second in conflict analysis…

This election will be a crucial one, at least for me, for the chances of a major war seem to loom large with each passing year….so it matters which candidate would be the most likely commit the US to yet another war….