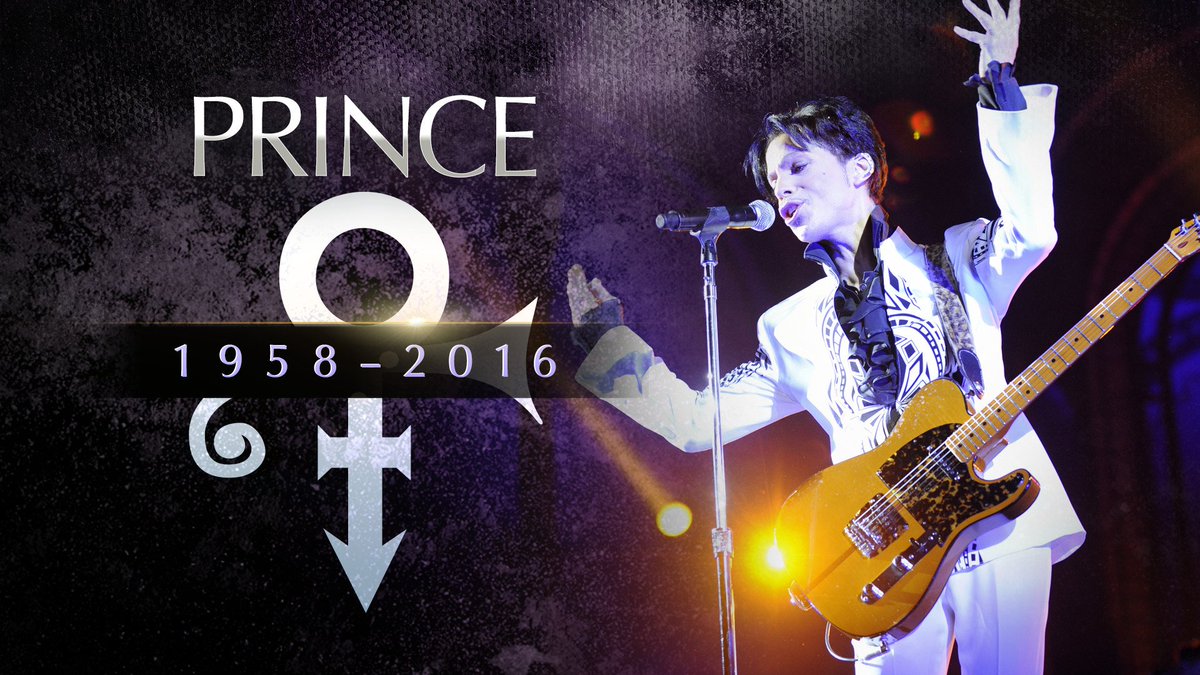 The media is concentrating on the math of 2016 election…..if you are trying to figure the delegate math out then the formula above will be of NO help……NONE what so ever.

But I see that the math may not be as bad for Bernie as the media has speculated….why do I say that?

Today she let the bomb drop……

Hillary Clinton‘s campaign chairman says in a new interview that there is “no question” the former secretary of State’s short list of potential running mates will include women.

“We’ll start with a broad list and then begin to narrow it. But there is no question that there will be women on that list,” Podesta added, though he didn’t provide names of possible running mates.

The most logical person would be Sen. Elizabeth Warren……at least for the media speculation……they think that it will appease the Bernie supporters to come around to Clinton in the general.  (my personal opinion is that his supporters are not that gullible)

If it is a woman then I look for one of her butt buddies….Claire McCaskill or Wasserman-Shultz…..would be the front runners in my mind.

It will be interesting to see how long the media will keep their speculation going…..will the media take the bait?

Do you have a guess?

Many of us bloggers have been ranting about the amount of civilians that are killed in our many, many wars…..how the US tries to justify or just plain deny that these casualties are actually happening.

Of course we could always write them off as “collateral damage”…..anything to get the “bad guy”, right?

I know there can be no rules in a war….well that is just not right…there are rules ans a civilized nation should abide be the set of rules in war.

But what if the nation makes up its own rules for civilians in a war zone?

Though the Pentagon has mostly issued blanket denials whenever they’re caught killing civilians in airstrikes against ISIS targets anyhow, officials say their eagerness to escalate the air war against ISIS targets has seen the implementation of new rules allow the US to kill larger numbers of civilians per attack.

The details are still scant, with the official rules likely to remain a secret, but officials say they have implemented a “sliding scale,” based on the region being targeted and the “opportunity.” In some cases, US airstrikes will be allowed to kill 10 civilians per strike.

So it comes down to a numbers game, right?

That is an original tactic…..NOT!  We played that game, the numbers game, in Vietnam….only in that case the numbers were exaggerated upwards….in this case I am sure they will be exaggerated in the opposite direction……down.

Look at the conflict in Yemen…….

…….human rights report on Saudi Arabia, the State Department ignored thousands of civilian casualties from the Saudi-led bombing campaign in Yemen and overlooked the widespread use of illegal cluster munitions by the bombing coalition.

Saudi Arabia launched an air campaign in Yemen last March after Houthi rebels in Yemen threatened the rule of the Saudi-backed president. The Saudi military has been widely criticized for targeting civilians, destroying homes, schools, and hospitals, and using internationally banned cluster munitions.

Civilian casualties are acceptable as long as it is supported by the US……sorry…I have a real problem with all this….I do not think that the destruction of an entire family to get one bad guy is good policy.

This post is in conjunction with the previous one……..and news that will seldom be seen by the public here in the good old U S of A….for it does not fit the propaganda that is fed to us peasants daily.

I am sure that this post will not win me many new friends on the Right…..but what the Hell….I will get over it.

There is lots of lip flapping about the those darn Muslims and what they believe…..too many equate ISIS and AQ with the standard Muslim belief….that is only if you are an uneducated moron.

In a survey, the youth are cynical about ISIS. The leading explanation they gave for its rise is unemployment.  (regardless of the slogans and applause lines….unemployment does foment dissension)

They are worried about rising sectarianism. And, they are more concerned with stability than regular elections.  Except in Egypt, they have a certain amount of buyers’ remorse for how their revolutions have turned out.

And they’re worried about youth unemployment. Less than half think good jobs are available to them in their area.

The sad thing about this survey was…….The general sentiment that the US is an ally is not found in Iraq. Nine in ten Iraqi youth see the United States as an enemy.  (Job well done for a “Mission Accomplished”)……..

I do not expect much support for this news…..too many Americans do NOT want to know the truth or the reality that is the Middle East…….they would prefer to bad mouth everything they cannot understand….after all….it is the American Way.

This is a little piece I did for my friends over at Ace News Room….please if you, my readers, would like a fresh look at world affairs may I suggest a visit and see what the other side of the news is all about….

There are too many people that allow social media to dictate what they know about any given subject or issue……especially when it comes to religion……but there is more going on in the Middle East than just what the misinformation sites want you to believe…..

All I ask is that the reader approach this with an open mind….I know that can be difficult for some….but try it…it will not kill you.

Source: How Religious Are They? | Ace News Room

If you would like to respond to the findings then fine….but if this is to be used to condemn a whole people for the acts of some then please do not waste our valuable time.

It is 2016 and all eyes are on the election….I have been railing for months about the voters ignorance…..that they settle for slogans and applause lines over the real issues that face this country.

I have tried to help my readers understand that they need to vet their candidates before they support…….because they have some cute marketing scheme to convince you that they are the best for the job is neither smart or accurate.

To save myself some more grief I found an article in The Hill about this very subject…..I reproduce it here because it is sage advice and I do not want o depend on the clicking of a link…..

Nineteenth-century Prussian Gen. Helmuth von Moltke the Elder once opined “No battle plan ever survives first contact with the enemy.” Napoleon followed no strategy: “I have never had a plan of operations.” And pugilistic theorist Mike Tyson said “Everyone has a plan ’til they get punched in the mouth.” Their collective point is that theories of action only go so far; the most likely actions in crucial times must emanate from instinct.

These thoughts are relevant as voters consider choosing the next president.

What is it that a person’s — candidate’s — known instincts, demonstrate? Whatever they say in debates and proposals mean less than what they did in key crises through their decisions during times in power. War choices are first on my list of issues — and second and third as well. What nations do in wars defines what else is possible in domestic matters, the crucial reforms at home to make our lives better.

Technical issues of economics and appointments choices are important, no doubt; but they too are subject to the vicissitudes of the times, shifting from primaries to elections, and have far less consequences in real times.

The issues that President Obama debated with his opponents, Democratic and Republican, when he ran for office in 2008 were not the ones that greeted him in 2009 when he was sworn in as president. How he handled the daunting economic crisis he faced was not the agenda in his campaign. In hindsight, it is clear that his personal character and approaches to pressing issues were what guided his actions. Nothing he promised during his campaigns were hints of what he would do; but his approaches to solving problems were lifelong, and continue to this day.

Presidential candidates have often argued who would best respond during a late-night emergency. It is a very good question because all the campaign papers and promises can’t answer that question. The candidate’s past record on controversial matters is the best predictive guide. What is his or her inherent laser beam, the one that predicts his or her direction when pressed to act? There are no surprises, really; people have patterns to their actions.

Tell me about one’s record on wars, and assess their instincts on all critical issues, and we will know what kind of president they will be. Proven instincts say more than game plans.

Like I said….sage advice….hopefully people will take heed.  Fortunately for me I will not hold my breath. 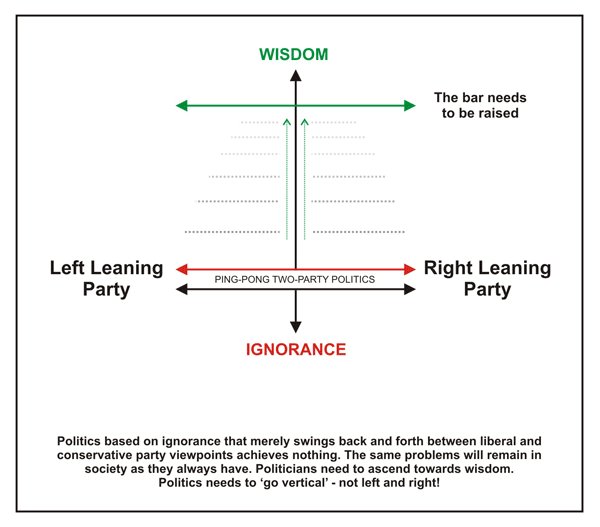 It is election time and we Americans are doing what we always do……we blame the rich for all the bad decisions that this country makes.  Even though we hear that we have a voice and we can be heard if we interact with our representatives…….well sports fans that is damn right FALSE!

How many times have you heard your Congress person say that they need to hear from you so that they may lay out the proper tract for any issue?

The truth is that your voice is very low and almost none existent…..the rich control the policymakers…..I know we all know this already……but how do they control the process?

New research shows the power of the wealthiest Americans to impose their preferences….

The United States of America is a democratic country. Over the past few decades, however, important questions about policy and budgets have been decided overwhelmingly against the interests and preferences of the middle and working classes. When the preferences of the rich and the middle class come into conflict, the rich tend to win.

Matt Grossmann, a political scientist and the director of the Institute for Public Policy and Social Research at Michigan State University, is working on a project to expand upon the work of Martin Gilens and Benjamin Page, whose bombshell paper last year revealed the impact of economic inequality on public opinion in the U.S. As part of his research, Grossmann examined 50 proposals in the Gilens data set on which opinions between the wealthiest Americans and the median voter diverged the most.

We can bitch about this from now until the cows go to Benghazi……for it will not change….why?  Americans do not truly want it to change.  Proof?  Just look at the voting for the last 25 years….your answer is there.