One more clown for the car……but this time it is the King Clown himself…..Donald Trump.

After months of threatening to enter into the 2016 GOP race to the nomination….Trump has gone and done it for real this time (most likely will be gone in January when Apprentice starts)…..but for now we have the King of Absurdity…….

Many thought he was just teasing the media with his threats……but after a good laxative he decided to do something completely different………as usual in his announcement speech which was as usual mostly incomprehensible he did what he does best….boast and self-promotion……..(PT Barnum would be proud of this jerk)…….

“Donald Trump 2016” is officially a thing. The real estate mogul/reality-TV star today declared, “So ladies and gentlemen, I am officially running for president of the United States and we are going to make our country great again. It can happen. … I will be the greatest jobs president that God ever created.” As for what else he said, SE Cupp tweeted, “Trump is winging it. This is not embargoed speech I have.” Oh, and “First presidential announcement to include the word ‘crap’?” So here are nine more things he did say:

Notice:   This will be the last thing I will say about the douche of Wall Street…….at best  I can safely say one thing about Trump……YAWN!

Now that it is official Jeb be running…….the next question to be answered is…..can he win?

Personally, I do not think he can…..his name will be the biggest setback……but Mother Jones has 23 reasons why he will not win….. 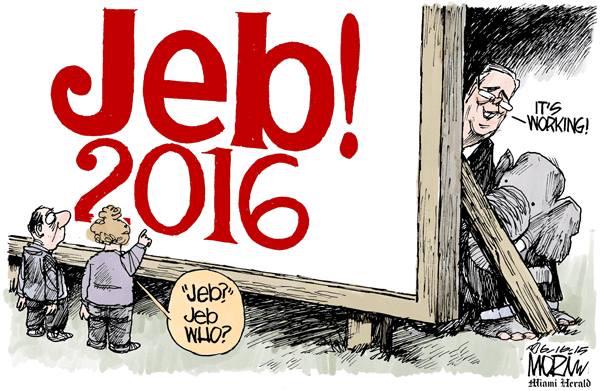 Jeb Bush Is Running for President. Here Are 23 Reasons He Will Not Win. | Mother Jones.

What?  You thought he was running already?  According to the media he was a short lived front running even though he was not running……but now it is official…..we have yet another Bush wanting to run the US of A…..and we get to fall asleep trying to forget his family. 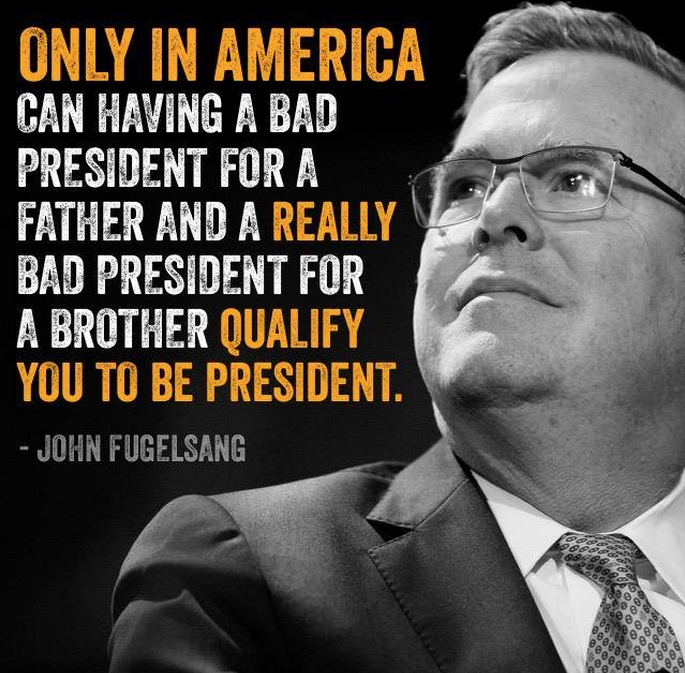 Jeb has so many gaffes so far that it was difficult to imagine that he was not running until today…….from the email disaster to his Iraq comment and most recently while he was on his European world tour he met with the Polish speaker of the parliament and declared what a great guy he was and a pro American individual…..the problem is that the man had to resign days before because of his anti-American diatribe caught on tape…….calling Americans losers and stupid…….maybe Jeb should stick to GOP talking points and leave foreign policy to the big boys……

Any way he is officially a candidate for the GOP nomination for the 2016 election…….let the fun begin!

And it begins with a snicker and a YAWN!

Jeb Bush made it official today: He’s now the eleventh declared Republican running for president of the United States. “We will take Washington—the static capital of this dynamic country—out of the business of causing problems,” he told a supportive crowd at Miami Dade College, per Politico. “We will get back on the side of free enterprise and free people.” Pointing to his two terms as Florida governor, the 62-year-old said that “I know we can fix this. Because I’ve done it.” Among the highlights:

See a video Bush offered up last night, or read about apparent troubles in his campaign. 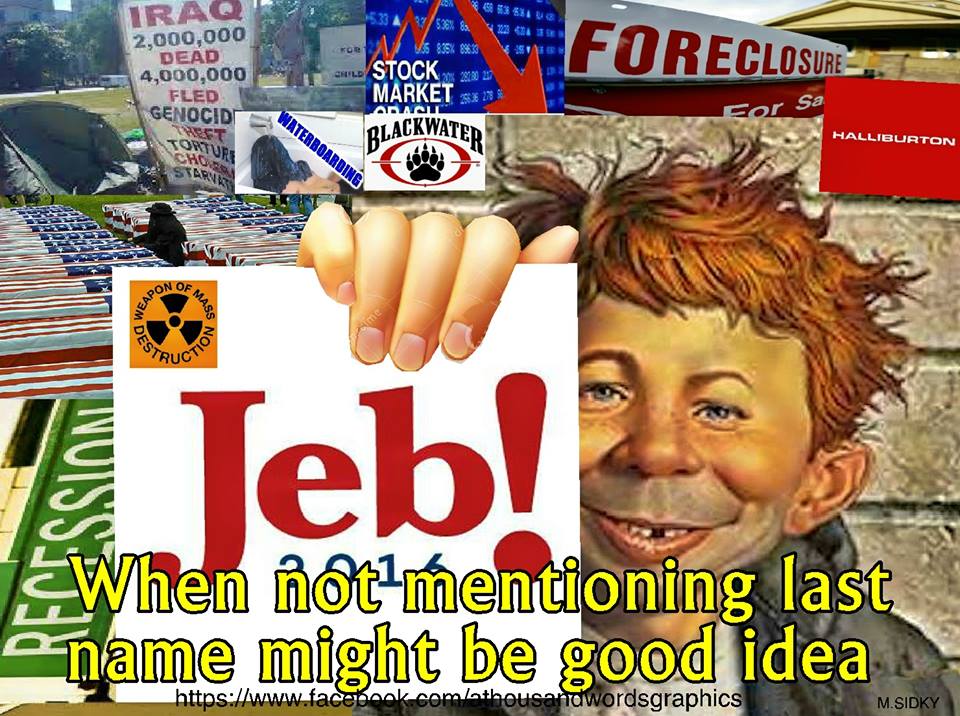 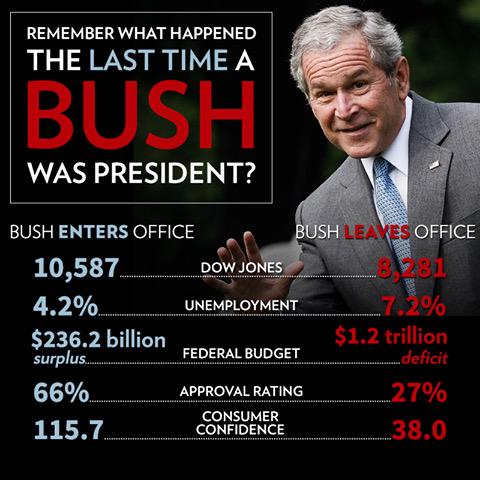 May I have an AMEN?

Each party has its plan……none of which will go very far to restoring the lots clout of the Middle Class…..

So the obvious question would be…….can the Middle Class ever return?

Some say NO…….and this article explains why such a statement is made……

The American middle class isn’t coming back — it’s going to die with the Baby Boomers – Salon.com.

After th4e horrific attacks on 9/11 there was a wealth of conspiracies floated on the web……some of them made some sense and yet others were just the idle ramblings of gigantic morons……..

Check them out and see if your fave conspiracy made the list…….have fun and maybe you just might learn something you did not know……