All the rage on Twitter, in blogs and in the news is the question of marriage…..most notably that of same sex marriage.  But all this back and forth, the proclamations of doom and the sheer amount of lunacy around the subject.

I have not posted much on this for this is none of my business who a person marries……it is a commitment by two people to each other……and in that it is a personal and a private decision that NO one should have a say other than the two people.

Have I made myself clear?

But the subject of marriage peaked my interests and I did some surfing in the more radical, looney tunes Right wing blogs on the subject……I just wanted to see just how ignorant these morons can be.

I eventually found a subject that I felt passionate about….interracial marriage and how it was at one time illegal in certain states, most of whom were in the South.

With all that said I will continue this thought……when I was working for the state housing authority we were always dealing with people of interracial marriages and at one point one of my co-workers and and with a little participation from a couple of other workers were talking about this situation…..my co-worker was against it because he said it was difficult to decide which culture the child should be raised in…….I let him talk and quote the Bible (I guess) and then I said that is would be a simple decision.  He looked at me roughly and said how so?

I would raise my interracial child as an American.

The debate ended about there.

Okay all that background stuff out of the way……I found a site where these people were almost violently opposed to interracial marriage…..they want to go back to the days of Jim Crow….one even quoted the judge in the Living v Virginia…..a mixed race couple that were being persecuted for being married……

At the age of 18, Mildred became pregnant, and in June 1958 the couple traveled to Washington, D.C. to marry, thereby evading Virginia’s Racial Integrity Act of 1924, which made interracial marriage a crime. They returned to the small town of Central Point, Virginia. Based on an anonymous tip,[8] local police raided their home at night, hoping to find them having sex, which was also a crime according to Virginia law. When the officers found the Lovings sleeping in their bed, Mildred pointed out their marriage certificate on the bedroom wall. That certificate became the evidence for the criminal charge of “cohabiting as man and wife, against the peace and dignity of the Commonwealth” that was brought against them.

The Lovings were charged under Section 20-58 of the Virginia Code, which prohibited interracial couples from being married out of state and then returning to Virginia, and Section 20-59, which classified miscegenation as a felony, punishable by a prison sentence of between one and five years. The trial judge in the case, Leon M. Bazile, echoing Johann Friedrich Blumenbach‘s 18th-century interpretation of race, wrote:

Almighty God created the races white, black, yellow, malay and red, and he placed them on separate continents. And but for the interference with his arrangement there would be no cause for such marriages. The fact that he separated the races shows that he did not intend for the races to mix.

On January 6, 1959, the Lovings pleaded guilty and were sentenced to one year in prison, with the sentence suspended for 25 years on condition that the couple leave the state of Virginia. They did so, moving to the District of Columbia.

I explained to him my ancestry and said……If we are to live by that statement then it is time for…..ALL YOU HONKIES GO HOME!

I await his reply.

I swear it appears to me at times that the media is just feeding the flames of religious hatred under the ‘guise’ of reporting the news.

By now everyone has heard the story of the foiled terrorism plot by that wacko in Boston…..he had decided to go after and behead police…..but there seems to be another plan before the police one was decided on……..

The man shot to death yesterday in Boston with a military-style knife originally planned to go after activist Pamela Geller, reports CNN. (She was the organizer of the Muhammad cartoon contest in Texas that drew an attack claimed by ISIS.) CNN quotes law enforcement sources who say that Usaama Rahim planned to behead Geller but got impatient and decided to go after local police because he saw them as an easier and quicker target. Authorities say that Rahim had been discussing his plans with a relative named David Wright, who has been arrested on charges of obstructing a federal investigation, reports AP. It’s not clear how the men are related.

“Yeah, I’m going to be on vacation right here in Massachusetts,” Rahim says in a recorded conversation with Wright, according to a court affidavit. “I’m just going to, ah, go after them, those boys in blue. Cause, ah, it’s the easiest target.”

Word has come out that this original idea was probably a fantasy not a real plan.

This report will just give much needed hot air to her hate filled balloon……it gives her yet another reason to go before the cameras of FOX and spout her CRAP!

The media did not have to report this part for they had positive proof that these people were actually going to go after police and try and behead them…….all they have done is make this hate filled c**t, Geller,  job of spreading hate much easier.

I question the motive behind this or anything the MSM does that makes spreading hate that much easier.

Yes, Irene another clown has joined the GOP circus for the 2016 nomination……this time it is our great friend the ex-governor of Texas, Rick Perry.

Rick Perry is hoping America will forgive an “oops” moment: He’s trying again for the country’s top spot. A senior adviser speaking on condition of anonymity to the AP says the ex-Texas governor will announce today in Dallas that he’s jumping into the presidential fray—and he’ll likely push his policy record as he tried to do during his 2012 candidacy. That is, as he tried to do before he flubbed a 2011 debate in Michigan when pontificating about the three federal agencies he would close: He couldn’t remember the name of one of the agencies and instead simply said, “Oops.” “It’s going to be hard to make a first impression a second time,” a Republican strategist tells the news agency.

But it looks like Perry is all in this time. His website sports a “Perry President” logo ahead of today’s announcement and says, “I am running for president because I know our country’s best days are ahead of us.” (The Houston Chronicle’s Brian Rosenthal wryly tweeted, “Rick Perry’s new site features three nouns you’ll hear a lot: “farmer,” “veteran,” “governor.”) The AP notes that he now dons “comfortable footwear” instead of his usual cowboy boots, sports eyeglasses that give him gravitas, and has been meeting with economic and business experts to bone up on certain issues. His 14-year stint as governor resulted in Texas churning out a third of the nation’s new private-sector jobs since 2001, which Perry says was partly the result of lower taxes and less regulation, per the news agency.

With the recent debate on the intel gathering technique of the collection of meta-data I started thinking….is the US safe?  I mean really safe?

Do you think we are a safer nation because of all the collection of private data?

Now with an election quickly approaching the news about campaigns is all about safety…..the fear-mongers are pulling out all stops to make us worry about our safety…..what is the deal?

Then while cruising the net looking for something of interest the title of this piece caught my eye.  Read it and then tell me what you think…

America’s never been safer. So why are Republicans convinced it’s in mortal peril? – Vox.

This graph pretty much says it all….simple and to the point….. 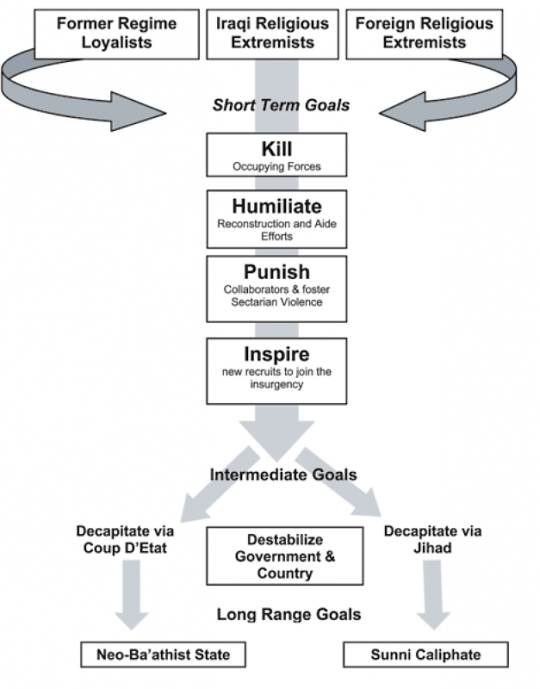 Does anyone remember Clinton’s War?  That would be Bill not Hil………let me help….

The year is 1992 and hostilities break out In a former Yugoslav state of Bosnia…….it lasted until 1995 and some say it was the worse conflict in Europe since WW2……(Google it)…..and then in 1998 Kosovo exploded into all out war and of course the US and NATO had to intervene on whatever reason they chose at the time…….

I bring up this short history lesson because there is a situation forming in Macedonia that could return the region to war status…….

For a little background to the situation…….

Hostilities are brewing and more attention should be paid to the possibility of an explosion of violence…..some of which are just beginning…..

There is more to the story……read it and worry!