So much happened in the Middle East that it is hard for the Western media to keep up with it…..plus most of it does not fuel the paradigm they have constructed for the people of the US…….so they ignore it with the hopes it will disappear……

Me being one who likes to stir a good pot…..I will post on the ignored stories from the region……Just because……..

Relations between Iran and Saudi Arabia have always been thorny, but rarely has the state of affairs been as venomous as it is today.

Tehran and Riyadh each point to the other as the main reason for much of the turmoil in the Middle East. In its most recent incarnation, the Iranian-Saudi conflict by proxy has reached Yemen in a spiral that both sides portray as climatic.

For Riyadh and its regional allies, the Saudi military intervention in Yemen — “Operation Decisive Storm” — is the moment the Sunni Arab nation finally woke up to repel the expansion of Shia-Iranian influence.

For Tehran and its regional allies — including the Houthi movement in Yemen — Saudi Arabia’s actions are in defense of a retrogressive status quo order that is no longer tenable. And yet both sides have good reasons to want to stop the Yemeni crisis from spiraling out of control and evolving into an unwinnable war.

How long before the two go at it without the use of proxies?

Weakened by years of war, Syria’s government appears ready for the country’s de facto partition, defending strategically important areas and leaving much of the country to rebels and jihadists, experts and diplomats say

But the territory the regime controls accounts for about 50 to 60 percent of the population, according to French geographer and Syria expert Fabrice Balanche.

Is the country of Syria doomed to be a fractured country like Iraq?

Item 3–AQ’s brand in Syria is held up by al-Nusra and they make the news regularly but seldom for what they are actually doing but rather what the media wants Americans to know about them……..

Al-Nusra’s treatment of Syria’s religious minorities took center stage in the interview Wednesday. In order to receive protection in the future Islamic regime, Assad’s Alawite brethren — who adhere to a syncretistic offshoot of Shia Islam and comprise some 10% of the country’s population — will not only have to disavow the president and drop their arms, Golani said, but also to “correct their doctrinal mistakes and embrace Islam.”

Christians, as “people of the book,” occupy a different place in Golani’s theology. Even though most Christians in Syria still support the Assad regime, they are to be protected under religious law. Islam orders Christians living under Islamic sovereignty to pay the jizya per capita tax, he said, which is currently not imposed on Christians living in areas controlled by al-Nusra.

“Jizya is paid by those able to pay it. Those who aren’t, don’t,” he said.

Once the Assad situation is handled then they will take up the “correctness” of Islamic worship…….that is not necessarily a good thing……

Item 4–In Saudi Arabia, the home of all extremist thought within Islam, has a new problem…..ISIS on the peninsula has declared………

Saudi Arabia’s branch of militant group Islamic State has said it wants to clear the Arabian Peninsula of Shi’ite Muslims and urged young men in the kingdom to join its cause, the U.S.-based SITE monitoring center has reported.

Islamic State claimed two suicide bombings carried out on May 22 and May 29 on Shi’ite mosques in eastern Saudi Arabia, where the bulk of the Saudi Arabia’s Shi’ite minority lives. The attacks killed 25 people.

“What then if they live with their disbelief in the Peninsula of Mohammad,” SITE quoted the speaker as saying, referring to the Arabian Peninsula, birthplace of Islam and where Saudi Arabia is located.

This should give the Saudis a more inside tract to American weapons…..even more so than they have today……the M-IC wins!

Item 5–Saudis and Israelis hold secret meetings to discuss cooperation in the region…..this news should give every international analyst a reason to balk…..

United by their interest in ginning up a US-led war with Iran, these two seemingly disparate – indeed, supposedly polar opposite – countries aren’t as diametrically opposed as appears on the surface. There is much to indicate that, far from being a mere alliance of convenience, one which is contingent on their shared albeit temporary interests, this conjoining has a more substantial basis.

Israel, like the Kingdom, is essentially a sectarian theocracy. Although adorned with the trappings of democracy, the Jewish state bases it legitimacy on its religious character, that is, as a sanctuary for world Jewry. This, in turn, is based on historical claims reaching back thousands of years, which imbues the land of Israel with a mystical significance and legitimizes Israeli sovereignty (at least in the eyes of its Jewish citizens).

So goes a typical week in the Middle East…..little of which Americans have any idea of thanx to their media slugs……(do you get the idea that I do not care for western MSM?)

I recall a few weeks ago when it came out that Sen. Bernie Sanders would enter into the primaries as a challenger to Clinton.  At first few took him seriously, especially the MSM…..they scoffed, they snickered and they trashed Bernie at every turn……their attitude was….:how dare someone attempt to challenge the person we picked as the nominee”…….

Slowly but slowly the snickering has all but ceased…..why?  Bernie is NOT the clown they wanted him to be…….and slowly but slowly Bernie has gained a lot of support since his announcement……..

The growing momentum surrounding the Bernie Sanders presidential campaign took another step forward over the weekend. In a display of strength, Sanders got 41% of support in the Wisconsin Democratic Party straw poll to 49% for Hillary Clinton.

Of course the media will downplay this rise in support for Bernie by pointing out that straw polls are not a good source of support…….it is only among those in attendance of the straw poll not of a larger population…….

Sorry to crap on the MSM thesis…….Bernie is gaining support everywhere……the more his stands and issues get out there the more people see him as a viable alternative to the inevitability of Clinton……..

Do I think he will win the nomination?  No!  But he will force Clinton to address subjects that she had rather slough off as a slogan for applause…….she will have to take a position to explain just about everything she has ever done…….

No Bernie will not win…..but the voter will by becoming better informed……..and by becoming a real agent for change…..not just a tag line for a speech.

Sorry to crap on the parade for the MSM and their rush to crown Clinton as the Dem nominee…….Bernie’s rise in popularity can do only good for the people and their search for a new president…….look for issues not promises!

Oh there has been so much back and forth in the media about why the Iraqi army is having such a bitch of a time fighting the likes of ISIS……..so many blame Obama, usually the Right wing mental midgets and of course the Left blames the Bush admin…….but which of the two is right?

Or maybe there is a whole new paradigm that is hanging around that no one knows……I am sure a think tank somewhere can come up with a BS report or as they like to call their toilet paper, a white paper…….

Last week the news was slam full of the horror stories and a TSA big shot resigned over the horrible showing by the TSA agents……of course the news out of DHS is that they will revamp the training and the screening process to make us safer…….I do not think that this story will help their pursuit of confidence…….

And then while they were licking their wounds from the failed tests…..more bad news came out…….

The good news from the Department of Homeland’s Security new report on the TSA’s “multi-layered process to vet aviation workers for potential links to terrorism”: That process is “generally effective.” The bad news: There were still 73 individuals who should never have gotten jobs with airlines because they were tagged with terrorism-related category codes. The main problem, the report notes, is that, under current interagency watchlist policy, the TSA isn’t allowed to receive every bit of terrorism-related data, meaning airlines often have to fend for themselves in determining whether a job applicant is properly vetted, including whether an applicant is lawfully allowed to work in the US and if the applicant has committed any crimes that would disqualify him from gaining unsupervised access to secure airport areas. The TSA and airports aren’t permitted to conduct “recurrent criminal history vetting,” meaning the applicant would have to self-report, the DHS report notes.

How the DHS conducted its analysis: The agency asked the National Counterterrorism Center to cross-reference more than 900,000 records of current aviation workers against the NCTC’s terror watchlist. The list’s terrorism codes associated with the 73 individuals in question were not shared with the TSA during the vetting process due to current interagency rules that prohibit such sharing, the report finds. It also notes that “thousands of records” pored over during the vetting process contained incomplete info; sometimes applications would only include an initial for a candidate’s first name or would be missing a Social Security number. The workers who slipped through “were employed by major airlines, airport vendors, and other employers,” the report adds, and were cleared for access to secure areas, “despite representing a potential transportation security threat.” (Two Denver TSA screeners were fired for an alleged “groping scheme.”)

This is NOT an isolated case of a failed test…..there seems to be a continuing story of failure by the agents……..and yet they stick with the same program and promise to do better in the future….

What will it take to flush this program down the toilet and start fresh? 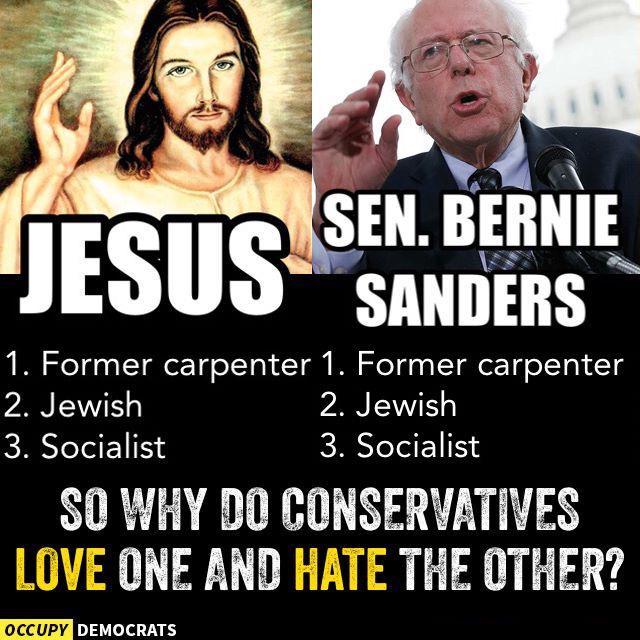 The right wing is flush with plans and slogans to end the reign of terror that ISIS has brought onto the Middle East…….the problem is that they all involve intervention militarily……

The problem as I see it is that it was interventionism that got us to this point in history and further involvement will not make anything better.

The only winners in this “war” is the military-industrial complex (M-IC)…..after all war is big business and big business means lots of profits……I guess that leaves only interventionism as an answer to the Middle East problem……sad isn’t it?

The Myth of the Interventionist Revival by Justin Raimondo — Antiwar.com.