All of us bloggers bitch and moan about the condition of our country…..no matter whether it be Left or Right…..be bitch………We all think we know what is best for the country…….and most of us think we could do better running the country than the twats we elect…..

If you are one of these that can do a better job at governance…….. then I say to you……… prove it!

All you youngsters that spend more time with a game control than a book in your hand….then try this and prove that you are smarter than everyone else…..

Democracy 3 | Take Control of your Country!.

Disclaimer:  I am in NO way being compensated for this post…..I just think it is a simple way of proving that you are smarter than the elected officials.

I wrote a piece about a week ago about the cyber site within the State Dept that will work to counter ISIS on social media………if you would like to refresh your memory…….

I decided to write another piece because I watched an interview with the new head to this branch within the department…….his patter was almost word for word the Obama “Islam” speech he made recently……all about how the US needs to show people that ISIS is a perversion of Islam and only a terrorist organization….yada….yada…..after the interview his words made me sit and think……I contemplated his speech for about a day or so…..no matter how I turned it…..it was a piece of propaganda and geek speak of a bureaucrat.

The new section will be doing what other agencies are doing…..”counter-messaging”.  And there my friends is where my problem starts.  CIA, NSA, FBI, others are attempting to counter the messages of ISIS on social media…..about 90,000 a day.

Let me ask……If you were looking at ISIS on-line would you also be looking at anti-ISIS messages?  Of course NOT!  How will counter-messaging bring down the organization?

Anonymous is hacking ISIS regularly and they seem to be doing more damage than any wimpy counter message……why not hire these guys or at least follow their lead?  If we want to beat them, ISIS, on social media….I think that action and NOT reaction would be a more effective weapon.

The government wants to compete with ISIS for readership….that is a reaction.  Anonymous is taking down their sites so NO one can use them….that is action.

Action will be more effective than some limp wrest reaction…..

Now I ask…..do we really want to defeat ISIS?  I mean as long as ISIS is active and a threat then someone is making money…..lots of money.

This new program seems to be a way to prolong the effective use of propaganda……a program that rubs in place while spinning its wheels because it can get little or no traction.

I realize there may be more going on than we see…..but on the surface this looks like a colossal waste of time and money.  But then that is just what our foreign policy has been for the last couple of decades……

My regular readers know that I am always watching the Middle East and that my interests in war are legendary…..all I am seeing these days leads me to want to ask……just how serious is the Washington group on the elimination of ISIS?  No plans they have these days points to s desire to end this thing.

NOTHING that is being done would lead me to believe that there is any genuine desire to end this thing with ISIS…….the sooner the American people realize that they are being played the sooner a real strategy will be formulated.  Until then expect more of the same…….talk, talk and more talk.

For almost seven years now I have heard all the spin around anything Obama has said…..and recently NYC ex-Gestapo-esque Giuliani has said that he does not believe that the prez loves his country and so far not many in the GOP have bothered to smack him down for his irresponsible comment…..but then I was not expecting respect from the GOP….they want respect but will not give respect….so in my humble opinion….f*ck ’em!

And then I saw a quote by America’s favorite Senate rabid war hawk, McCain……..he has said …”I Am Ashamed Of My Country”…..want the full quote……

Sen. John McCain on Sunday said he is “ashamed” of the U.S., President Obama and himself for not arming Ukraine’s military in its fight against Russian-backed separatists.

“I believe that the German chancellor and the president of France legitimized for the first time in 70 years the dismemberment of a country in Europe. It’s shameful,” McCain said on CBS’s “Face the Nation.” “Vladimir Putin has not paid any price. Even the ceasefire was violated.

McCain said that “Ukrainians aren’t asking for American boots on the ground.”

“That’s not the question here. They’re asking for weapons to defend themselves. And they are being slaughtered. And their own military’s being shattered,” he said.

Thanx to The Hill for reporting on this…..now I am waiting for the GOP to go batcrap crazy over the comment.

Any bets if and when the GOP will smack down McCain for his disrespect?

I am waiting…..waiting……wait………….(the sound of his voice tails off to silence)……

Watch Jon Stewart dismantle their coverage of the “radical Islam” debate……he will be missed when he retires from the Daily Show…….

Before I go on to a rant….How many d/bags does it take to screw in a light bulb?  Giuliani!.

Back to the hoop-la……recently Giuliani made a statement that the Prez does not love America……and the Twitter machine went bat crap crazy……it was so bad that he had to try and walk it back…..with limited success by the way…..and then he came out with that he had received death threats over his statement….so far he has not brought one forward to confirm his allegation……but then I was not anticipating one…..

Now he is on to a kick that his “bluntness” has been misunderstood…..that’s  chuckle….a need chuckle these days…..but check out his waffling…..

Rudy Giuilani is blunt. So blunt, in fact, that the ex-NYC mayor reportedly said last week that he doesn’t believe President Obama loves America (or you or me, for that matter). He got even more blunt a day later when he reminded the New York Times that Obama had a white mother and grandfather. And the blunt streak hit warp speed in yesterday’s opinion piece in the Wall Street Journal, in which he blames all this trademark bluntness for distracting from his real message. Which is mainly:

(The Washington Posthas been fact-checking everything coming out of Giuliani’s mouth.)

Giulani–A political hack that has NOTHING of substance to say….other than 9/11 which gets him a few deadbeat claps……the GOP needs a bean head like Giuliani to keep the pressure off the party to come up with something other than the stale proposals they have today.

This is why I love Bernie Sanders…….the man is on the people’s side…..something that cannot be said by too many in DC. 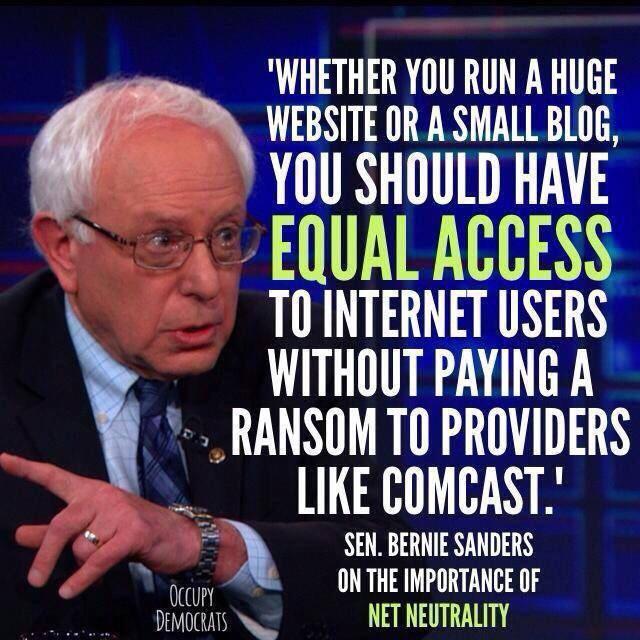 Ever since the deal between Ukraine and Russia has made the nightly news there have been these stories on the fringe about the Fascist leanings of some of the Ukrainians.  And since those stories have appeared there has been a concerted effort to dispel them by the media and pundits alike…..

But they seem to always find the light of day……