Good day and welcome to the briefing……..the debate has begun…..an authorization to use force…..the problem is we are already using force…..what is the purpose of this?  Authorizing at l;east 3 more years of bloodshed?

.After several months of sort of spinning its wheels in the war against ISIS, retired Gen. John Allen, who’s become sort of the global ambassador to the war, says the Iraqi “ground offensive” will begin in a matter of weeks.

Gen. Allen, whose comments were made to Jordan’s state media, said the coalition intends to provide “major firepower” for the offensive, and that the goal is to “take back Iraq.”

The confusion is that an Iraqi big wig says that the army is not ready to take on ISIS….the question now is we will or we will not take on ISIS sooner than anticipated.

Item 2–Thousands of Jordanian troops have been mobilized to the border with Iraq…..some say it is to stem the flow of infiltrators…..but this analyst smells something more in this news.

………..officials believed that the “Islamic State” (IS) held one US citizen. News agencies speculated it could be journalist Austin Tice, who disappeared in Damascus in 2012.

“We have avoided discussing the individual cases of Americans who have been held hostage, but we are aware of other American hostages being held in the region,” Earnest said on Tuesday in response to a question about whether IS or similar groups held any other US citizens hostage.

Reports coming out of Syria that the Jordanian airstrikes against ISIS targets in Syria may well have killed American hostage Kayla Mueller have brought new attention to a long-standing problem with the US-led war on ISIS, the paucity of intelligence relating to the actual goings on on the ground in ISIS territory.

Officials testifying to Congress once again admitted they have considerable intelligence gaps, because they don’t have a footprint of spies on the ground to provide intelligence on the war.

Not good news if a defeat is imminent…..

Item 5–Possibly the best news coming out of the Coalition…….

Kurdish Peshmerga forces have surrounded Mosul from three sides ahead of a planned operation to liberate the city from Islamic State of Iraq and Syria (ISIS) control, a senior Peshmerga official said.

In comments to Asharq Al-Awsat, Peshmerga Chief of Staff Lt. Gen. Jamal Mohamed said: “Over the past few months, Peshmerga forces have been able to make significant advances east, west and north of Mosul and our operations there have completely cut off ISIS from these areas.”

“Our forces are now very close to Mosul. In some cases we are no further than 10–15 kilometers [6.2–9.3 miles] from the city and are in control of all the main bridges in the [surrounding] Eski and Al-Kasak area, which is the main link between Mosul and Tal Afar,” he added.

This concludes this weeks briefing….hopefully it has been informative…..

Thanx for your time and attention…..

If only there was a way to spot these at-risk children……maybe the government has an idea……but is it a good one?

Please read and let me have some input…..thanx.

Is Your Child a Terrorist? U.S. Government Questionnaire Rates Families at Risk for Extremism – The Intercept.

The news of the week and last week also is that NBC’s Brian Williams may have told a fib about being attacked in Iraq when he was reporting the war in 2003…….

And most of my readers know that I do not trust the mainstream media to be “fair and balanced”…..and that is ALL of it not just some corporations that I do not agree with on a wide array of subjects.  MSM is a propaganda tool used by the government and corporations to control the population…….

But do not take my word for it…..others are not thrilled with the job the MSM is doing……

Corporate News Is Not Trustworthy: The Problem is Much Bigger Than Brian Williams.

There has been a debate for decades on Social Security, especially from the Right that is pulling out all stops to have the program privatized…….there are those that push the con that it is going broke…..and even those that blame the program for much of the national debt…….every word of it is POLITICS!  And by POLITICS I mean……LIES!

There is an election quickly approaching and I look for the Social Security system to become a major story and a major issue……the GOP will be trying to hone their message on privatizing the program….. 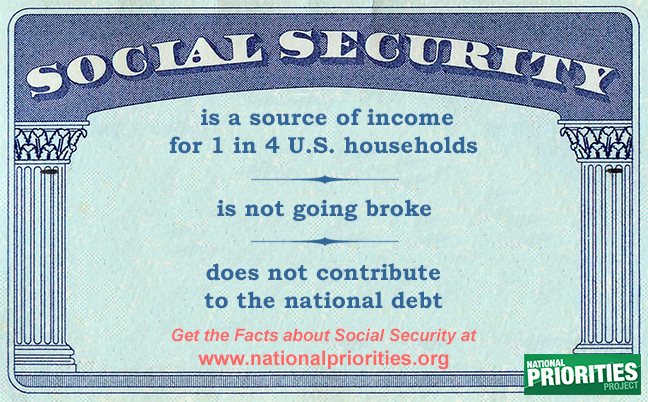 There is an easier way to help the system and do the right thing at the same time…….. 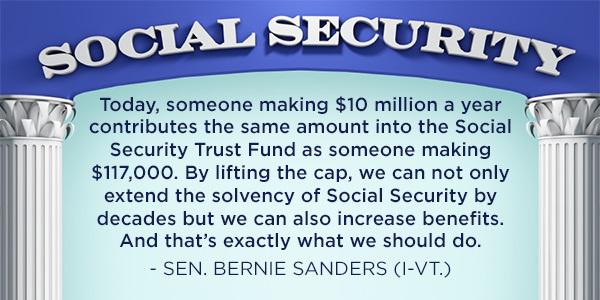 The prez has decided to seek Congressional approval for the war on ISIS….not bad considering we have been bombing them for 6 months…..but the prez seems to want the Congress to put some skin in the game…..a ploy for the next election….no doubt.

Here is the story so far…….

President Obama today asked Congress to formally authorize military force against ISIS, arguing the militants could pose a threat to the US homeland if their violent power grab goes unchecked. In the three-page draft resolution (full text here), Obama is offering to limit authorization to three years, extending to the next president the powers and the debate over renewal for what he envisions as a long-range battle. He is proposing no geographic limitations where US forces could pursue the elusive militants. The authorization covers the Islamic State and “associated persons or forces,” defined as those fighting on behalf of or alongside ISIS “or any closely-related successor entity in hostilities against the United States or its coalition partners.”

The proposal bans “enduring offensive combat operations,” and he says his draft would not authorize long-term, large-scale ground combat operations like those deployed in the past to Iraq and Afghanistan, arguing those battles should be left to local forces instead of the US military. White House press secretary Josh Earnest said the provision would allow special operations missions, such as potential raids targeting Islamic State leaders or ones like the failed attempt last summer to rescue 26-year-old Kayla Mueller and other hostages held by the group. Tennessee Sen. Bob Corker, the chairman of the Senate Foreign Relations Committee, said he appreciated the president seeking the authorization and would quickly begin holding “rigorous hearings” on the White House request. Obama plans to speak on his request from the White House this afternoon.

To the Congress of the United States:

The so-called Islamic State of Iraq and the Levant (ISIL) poses a threat to the people and stability of Iraq, Syria, and the broader Middle East, and to U.S. national security. It threatens American personnel and facilities located in the region and is responsible for the deaths of U.S. citizens James Foley, Steven Sotloff, Abdul-Rahman Peter Kassig, and Kayla Mueller. If left unchecked, ISIL will pose a threat beyond the Middle East, including to the United States homeland.

I have directed a comprehensive and sustained strategy to degrade and defeat ISIL. As part of this strategy, U.S. military forces are conducting a systematic campaign of airstrikes against ISIL in Iraq and Syria. Although existing statutes provide me with the authority I need to take these actions, I have repeatedly expressed my commitment to working with the Congress to pass a bipartisan authorization for the use of military force (AUMF) against ISIL. Consistent with this commitment, I am submitting a draft AUMF that would authorize the continued use of military force to degrade and defeat ISIL.

My Administration’s draft AUMF would not authorize long-term, large-scale ground combat operations like those our Nation conducted in Iraq and Afghanistan. Local forces, rather than U.S. military forces, should be deployed to conduct such operations. The authorization I propose would provide the flexibility to conduct ground combat operations in other, more limited circumstances, such as rescue operations involving U.S. or coalition personnel or the use of special operations forces to take military action against ISIL leadership. It would also authorize the use of U.S. forces in situations where ground combat operations are not expected or intended, such as intelligence collection and sharing, missions to enable kinetic strikes, or the provision of operational planning and other forms of advice and assistance to partner forces.

Although my proposed AUMF does not address the 2001 AUMF, I remain committed to working with the Congress and the American people to refine, and ultimately repeal, the 2001 AUMF. Enacting an AUMF that is specific to the threat posed by ISIL could serve as a model for how we can work together to tailor the authorities granted by the 2001 AUMF.

I can think of no better way for the Congress to join me in supporting our Nation’s security than by enacting this legislation, which would show the world we are united in our resolve to counter the threat posed by ISIL.

Okay, I have a problem with this request……One, we are already at war with ISIS and we go where ever we must to attack these people and their associates.  Two, this open ended language means too much and is not too clear.  Three, how many troops are we talking about sending to Iraq?

Now theater will be on who decides that to oppose this will be politically in their favor……those that feel this will not end well and want to distance themselves from the request to protect their buuts at election time.  The same can be said in reverse……some will be all over this to show their “patriotism”……all of it will be a calculated move for their next election.

Okay my conspiracy mode is kicking in…..is it me or is this request a little too convenient after the death of the young lady in Syria?