Every time a admin official steps in front of a mike we are told that the war against the extremists of ISIS is going well with successes and few misfires…..so far my analysis shows that while the airstrikes are going well, but of course if you drop a bomb and it goes off that is a success, there has been little info coming out that would point to all this as a success.

(Reuters) – Islamic State has withdrawn some of its insurgents and equipment from areas northeast of the Syrian city of Aleppo, rebels and residents say, adding to signs of strain in the Syrian provinces of its self-declared caliphate.

The group, which has recently lost ground to Kurdish and Syrian government forces elsewhere in Syria, has pulled fighters and hardware from several villages in areas northeast of Aleppo, they said. But it has not fully withdrawn from area.

The Syrian Observatory for Human Rights, which tracks the war using a network of sources on the ground, said Islamic State had redeployed forces from Aleppo province to join battles further east with Kurdish forces and mainstream rebel groups.

“There are tactical withdrawals. It’s not a complete withdrawal,” said the leader of a mainstream rebel group, citing contacts in Islamic State-held areas near Aleppo. Other groups had not moved to take the evacuated areas because Islamic State had not fully pulled out, he added.

But he said IS appeared to be preparing for a fuller pullback, saying they had even dismantled a bakery in the town of al-Bab, some 40 km (25 miles) northeast of Aleppo.

“They are still there, but they have pulled out the foreign fighters, the heavy equipment, changed their positions,” the rebel commander said in a phone interview, declining to be identified because it would endanger his contacts in the area.

I am still wondering why this was NOT bigger news in the US…..if confirmed then ISIS may be on the run in Syria or they could be planning a bigger operation and need more fighters……

But on the face of it……ISIS is on the run…..you would think PsyOps would be all over this situation…….why aren’t they?

What would you do?

By now everyone has heard of the death of the extremely brave young lady at the hands of ISIS…….and her brave words in her last letter says it all……

Along with confirming the death of their only daughter today, Kayla Mueller’s parents have released the last letter she wrote to them while in the hands of ISIS. It begins, “Everyone, If you are receiving this letter it means I am still detained but my cell mates (starting from 11/2/2014) have been released. I have asked them to contact you + send you this letter.” Standout portions of the letter, which the New York Times has published in full:

The world should remember the words of this young woman……she showed a lot of bravery and dignity in the face of certain sad consequences….her only “sin” was trying to do what is right and honorable…….this world needs more Kaylas.

While you were shoveling snow or worrying about which group of overpaid athletes would win the prestigious game……the conflict in Ukraine keeps getting worse and worse…..but yet Americans shrug it off.

The US is going to station a “Rapid Response Force” somewhere in Eastern Europe….that is what we were told back in late Autumn but that plan has changed……..

The strengthened rapid response force was set to include a “spearhead” force of 5,000 troops able to deploy anywhere within a few days, which was announced at a previous NATO conference last September and for which details were expected to be agreed on Thursday.

A multinational headquarters for the alliance in Szczecin, Poland, would also be expanded. The military boost was also motivated by threats from extreme Islamist militants in the Middle East and North Africa.

The US is now considering arming the Ukrainian forces with heavy weapons and even a missile system or two…..an escalation. 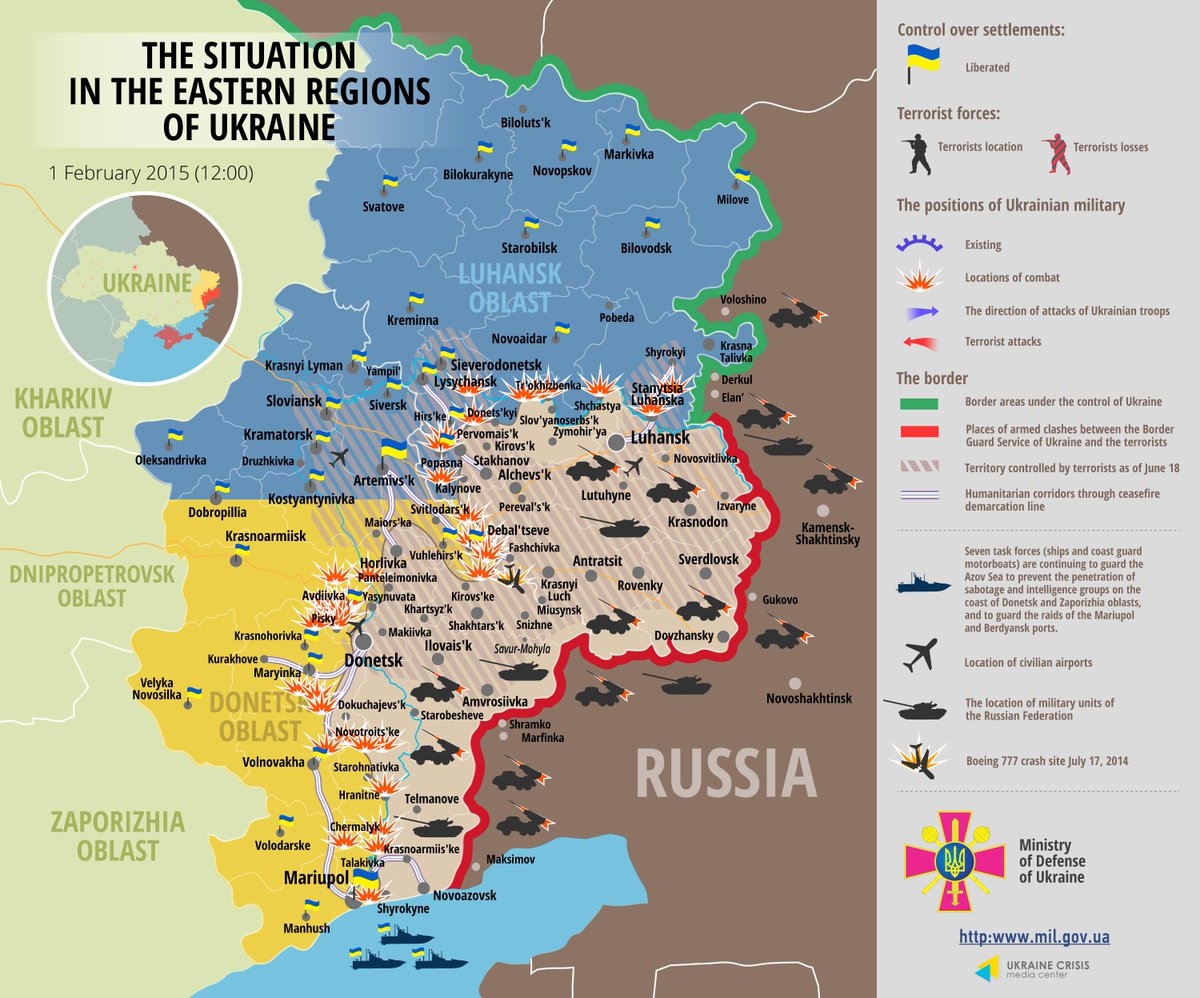 The problem is with our rush to arm up the Ukrainians ….it could lead to further escalation of hostilities…..if that occurs who will be left holding the bag?  Not France.  Not Germany.  Not the UK.  America will have crap on its face…..yet again.

So is it a prudent move to get so deeply involved in Ukrainian conflict?

The media and the admin will most likely use the deaths of civilians as a justification for further involvement.  That is a convenient stat to use……there are civilians dying all over the world and we do not involve ourselves in those….so why Ukraine?

The local escalation has been on the move……..Both the Ukrainian and self-proclaimed rebel governments have called for mobilization to beef up their fighting forces.

Earlier this week, rebel chief Alexander Zakharchenko said he wants to increase his military to around 100,000 soldiers. But it’s not a given that he can raise that many people, especially considering hundreds of thousands of civilians have fled the Donetsk and Luhansk regions, where fighting is taking place. It is unknown exactly how many fighters the separatists currently have, though a leader claimed last summer — when things got really bad — the number was around 20,000.

Even if the plan to mobilize is unrealistic, Zakharchenko’s call for more troops suggests separatist resolve is still strong.

Meanwhile, Ukrainian officials are hoping to bolster their own 200,000-man army with three waves of conscription this year. Authorities say nearly 50,000 draftees have already passed medical exams and are on their way into the military as part of the first wave, which started last month.

The last question is…….what if Putin does not back down………what then?

Is NATO willing to do what is necessary?  Or is all this posturing so much chest thumping?

Recall how actively Dems attacked Cheney back in the day?

I have given my opinion on the newest nominee for SecODef……..Carter is a neo-con…..I do not care who put him up for the nomination…..is this the legacy that Obama craves?

If so, then the world just got to be a more dangerous place!

There has been lots of talk, especially on the Right, about how Obama is caving to everyone on the international scene……I do not follow that line of thought….however I do think that the world has become more dangerous under Obama’s stirring………here’s how and why……

How Obama Is Making the World More Dangerous by Shamus Cooke — Antiwar.com.