All us old farts bitch about the weather….but this year it is well deserved…..down here we have had no freezing weather…..had a couple of days with wind chill below 30 but actual freezing has not shown up.

A couple to events that let us know that Spring is in full swing are the blossoms on my fruit trees, the new sprouts on the grapevines and the azaleas in bloom…..well these pics were taken this morning….

Second the tangerine trees are budding….. 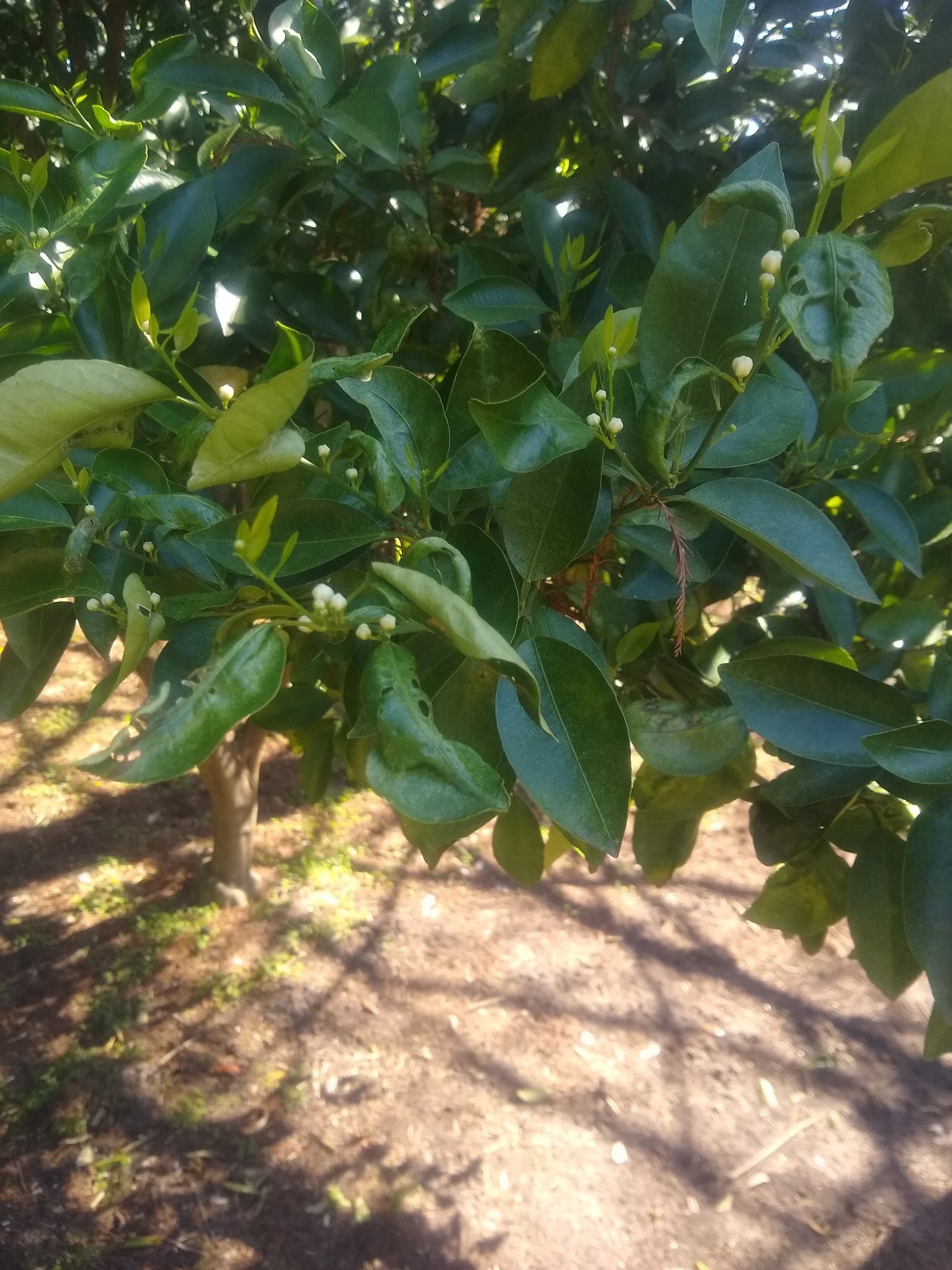 Grapevines are starting out….. 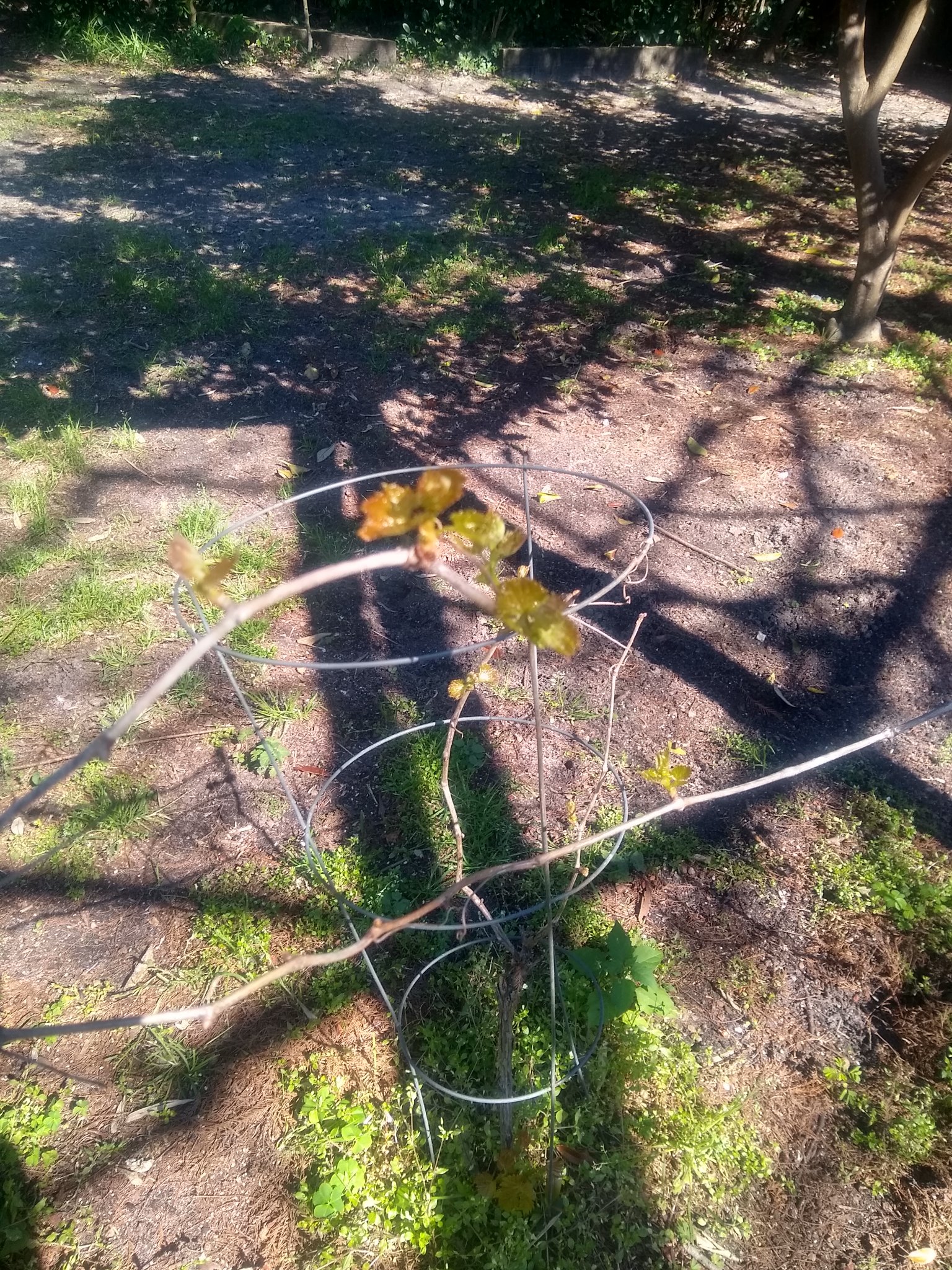 It appears that 2020 will be known as the year without winter.

How was winter where you live?

MoMo likes the warmer temps…..but I worry about my citrus crop this year…..

Please do not confuse these people with the now famous knights of the Holy Land, the Knights Templar, they we two distinct groups of crusaders.

The Crusades became more popular with modern bloggers after the attacks of 9/11 and the term “crusaders” came back into vogue.

But there has been enough “magical, mystery” BS passed around on what some call the “history” channels on your Boob Tube.

The Knights of Hospitaller…..On February 15, 1113, the reigning Pope of the Catholic Church, Pope Paschal II, issued a Papal Bull titled “Pie Postulatio Voluntatis,” recognizing the Order of Hospitallers, a military order of Catholic knights that had existed in the Holy Land since about 1099.  The order had begun in Jerusalem during the 11th Century in service of an Amalfitan (established by people from the Italian city-state of Amalfi) hospital that was founded in Jerusalem to see to the medical needs of Christian pilgrims to the Holy Land, part of the Christian Crusades.  Known more formally as The Order of Knights of the Hospital of Saint John of Jerusalem, the Hospitallers saw themselves as protectors of Christian pilgrims in a very dangerous land teeming with robbers and warring factions.

The difference is simple, and not very subtle; the Templars ceased to exist, and the Hospitallers certainly exist right now, working for the sick. Originally the latter were of a military order, the Knights Hospitallers of St. John of Jerusalem. The name comes from the dedication to St. John the Baptist of their headquarters in Jerusalem.

These are not their only names: from 1310 they were the Knights of Rhodes, and from 1530 the Knights of Malta, but they were established themselves first in (or around) 1070 with Muslim permission, managing a hospital for sick pilgrims in Jerusalem. They only became a formal order of knights when the city fell to the first Crusaders in 1099.

In Nevada, it was no contest. Bernie Sanders cruised to an easy win, with the AP and the major networks calling the race as soon as the very first precincts reported. Those early results, here via Politico, showed why:

The win for Sanders follows his victory in New Hampshire and his virtual tie in Iowa, thus giving him clear front-runner bragging rights. Biden, meanwhile, declared himself back in the 2020 race after disappointing results in the earlier states. “We’re alive and we’re coming back and we’re gonna win,” he told supporters. Michael Bloomberg was not on the ballot.

This should be a beacon for the media…..those people that do not do well in a diverse electorate will soon be history….

If they are not out now then South Carolina should be the end of a couple of campaigns…..

Questions!  I have questions.

Will there be any surprises on Super Tuesday, 03 March?

Will Bernie breeze through to the nomination?

Where the Hell is Bloomberg?

Not to worry there is yet another debate soon and South Carolina looms…..25 February ahead of the vote……