I have made no bones about the fact that I think Daylight Savings time is a waste of time and energy…..now there is another reason to stop the madness….

Spring forward and fall back if you must, but be careful. A study released Thursday found a connection between Daylight Saving Time and an increase in fatal auto accidents. During the week or so after the spring time change, researchers determined that the risk of fatal car crashes rises about 6%—another 28 accidents, Courthouse News Service reports. The study considered whether the time change has other unwanted effects, such as causing more workplace accidents, heart attacks, or suicides. The evidence on those theories was inconclusive. But “the acute adverse effects of DST on fatal traffic accident risk are real and can be prevented,” said Céline Vetter, senior author of the study and a circadian sleep scientist at the University of Colorado.

Sleep deprivation and circadian misalignment are part of the problem, says the study published in Current Biology. The dramatic change in lighting in the early morning each spring derails drivers’ circadian rhythms for a period, making the darker, early morning commutes more dangerous. The effects of the change don’t last long. But Vetter said, “We must not forget that DST transition affects billions of people every year, and thus small changes in risk can have a substantial public health impact.” And she pointed out that the study didn’t count serious but nonfatal accidents. The researchers said their goal is to see governments end Daylight Saving Time.

Let’s move to the Heavens…..

Keeping up with the times….NASA is adding a hotel capsule to the IST…..to await the space tourists…..

NASA announced Monday that it’s chosen private space station manufacturer Axiom Space to build the first “commercial launch destination” — read: space hotel for the super wealthy — and attach it to the International Space Station. The goal is to help grow an economy in low-Earth orbit, according to NASA.

According to an Axiom Space statement, the startup is planning to “launch a node module, research & manufacturing facility, crew habitat, and large-windowed Earth observatory to form the ‘Axiom Segment’ of the ISS,” starting in the latter half of 2024.

Just like a bear sleeping through Winter so can us humans…..

Bears may be the most famous example, but they aren’t the only animals capable of hibernating.

Various types of squirrels, bats, and even birds can also lower their bodies’ core temperatures, putting themselves in a state of dormancy for weeks or even months at a time — and one day, humans could join them on that list.

“We couldn’t find any showstoppers, any reason it wouldn’t be possible,” John Bradford, an aerospace engineer researching human hibernation for NASA, recently told The Atlantic.

Bradford’s NASA work should clue you into one of the reasons scientists are so interested in human hibernation: it could be useful for deep-space travel.

About five years ago, a study found that cancer patients who took one dose of the compound found in magic mushrooms had much less anxiety. A followup study suggests the psilocybin’s effect is still in place, reports NBC News. The study in the Journal of Psychopharmacology suggests that psilocybin “may be able to profoundly reshape how people handle stress and fear,” per ScienceNews. One caveat is that the study sample is small, involving 29 patients in the original 2016 study and a followup of 15 of them in the new study. But the results are “mind-boggling” to researcher Stephen Ross of New York University’s Langone Medical Center. The patients were given the psilocybin in tandem with psychotherapy sessions. In about six months, most saw notable reductions in depression and anxiety. What researchers did not know was how long those effects would last.

“The drug seems to facilitate a deep, meaningful experience that stays with a person and can fundamentally change his or her mindset and outlook,” says another of the researchers, Gabby Agin-Liebes, per CNN. In the followup study, one-third of the patients still had active cancer and the rest were in some stage of remission. But the majority still had improved feelings and behavior, and they credited psilocybin. One in remission, for example, says she was not obsessing over a possible relapse. So what’s going on? That part is unclear, but an expert at Imperial College London floats a theory: Depression is marked by “over-organized thinking,” says David Nutt. “People think about themselves repeatedly in a negative way, they get locked into these cycles.” Psilocybin “disorganizes thinking and allows people, for a period of time, to think differently and break those cycles.”

‘shrooms seem to have their uses other than a trip unto wonderland……Read more psilocybin mushrooms stories.

I am an old fart and one of the greatest joys in life is a good meal and a good glass of wine…..I admit it….I am a meat eater and will remain so until the day I die….

The trendy thing these days is “plant based” meat……a couple burger joints have jumped on that trendy thing….

I read a lot and I read stuff about th direction food is taking…..

A number of startups have already managed to create plant-based alternatives to ground meats like hamburger. Creating a plant-based version of whole cuts of meats, however, has proven far more challenging.

But now, Spanish startup Novameat has unveiled a plant-based steak it says is the “most realistic” yet — and it costs about the same as what you’re likely to pay for a traditional cut of beef.

Novameat’s Steak 2.0 certainly looks like the steak you’d find at the grocery store, but it’s actually made out of a mix that include peas, seaweed, and beetroot juice.

The company used a 3D printer to produce thin fibers out of the ingredients, thereby giving its Steak 2.0 the “meaty” appearance that meat eaters are used to seeing in their steaks.

Maybe beef is not your cup of tea…..you like pork?  There is a Plant based answer for that as well…..

Impossible Foods Inc. has revealed its own plant-based take on pork called — you guessed it — Impossible Pork. Pork is the company’s second core offering after beef.

According to a press release, Impossible Pork can be steamed, baked in an oven, charbroiled, grilled on a flat-top or sauteed, much like the real thing.

But is it any good? Director Becca Farsace told The Verge after sampling the product at CES that although the texture wasn’t quite right, the taste was basically accurate. And visually, it looks amazing.

When I was young we were poor so meat was not the center dish at every meal…….I ate a lot of beans and veggies…..but I will admit that we never resort to this for a meal….. 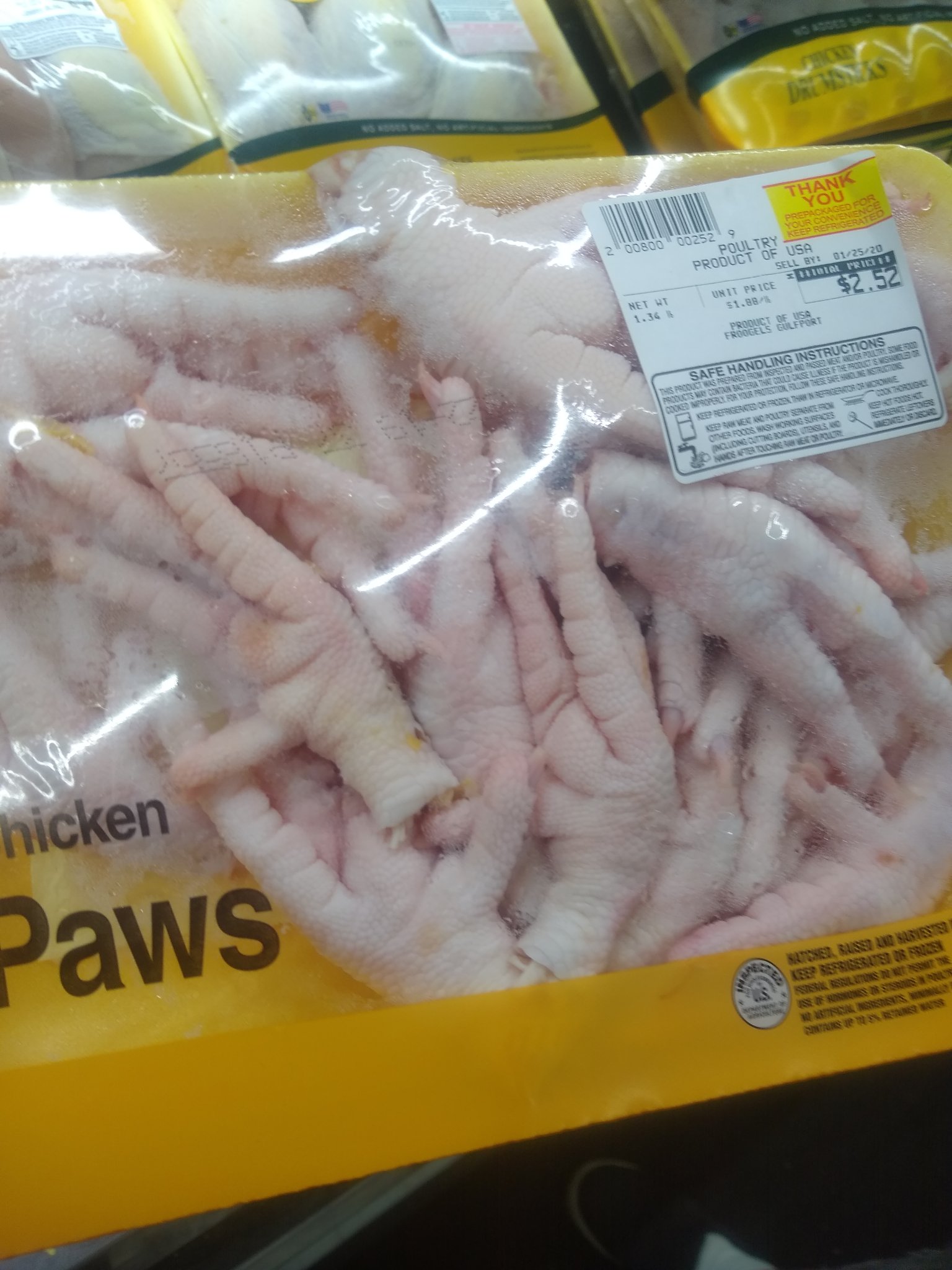 Just a bit of yummies in closing….