It is Spring and the warmth is turning into heat down here in the Deep Gulf South…..plenty of sunshine for the garden……with showers every afternoon for about an hour…..

To start my random thoughts……

ON this day in 1965 the US Army’s 173rd Airborne Brigade is the first regular US military unit deployed to the Republic of South Vietnam.  (And so it began!)

Hummus is Arabic for “chick peas”….”hummus” made from anything other than chick peas is just a f*cking dip….so please stop trying to be cute…it is not working.

“Because it was there”…..I have heard too many use that as an excuse for their stupidity……then there is the Himalayas……

Speaking of a smell……

A poor sense of smell in older adults is linked to a nearly 50 per cent increase in the likelihood of dying in the next 10 years, but the reasons for this aren’t fully clear.

The relationship between olfaction and health is often overlooked, however a growing body of research suggests a poor sense of smell can foreshadow the onset of Parkinson’s disease and even premature mortality.

To investigate further, Honglei Chen of Michigan State University and his colleagues analysed data from more than 2000 people aged 71 to 82.

The GOP’s babbling racist Rep. Steve King of Iowa’s 4th District has an answer for the floods that we are now experiencing…….

Per the Sioux City Journal, at a town hall meeting in Cherokee, Iowa last week, King responded to a question on climate geo-engineering by suggesting that everything bad (warming global average temperatures) must also result in something good (something something wet deserts something).

“You mentioned the global warming part of this, the weather patterns that are there,” King told the audience. “But I think that, I began, when I first looked at that, I thought, ‘I’m hearing all these things that are bad, well, what could be good?’ Surely there is something on the other side that could be good. So, let’s just say that if the earth should warm by four degrees, or whatever that number might be, then I’ve had to measure the evaporation off of, in the summertime.”

“Seventy percent of the earth is covered by water. If the earth warms, then there is evaporation that goes into the atmosphere. According to Newton’s First Law of Physics, what goes up must come down,” King added, per the City Journal. “… That means it will rain more and more places. It might rain harder in some places, it might snow in some of those places. But it’s surely gotta shrink the deserts and expand the green growth, there’s surely got to be some good in that. So I just look at the other, good side.”

No need to say anything else about the babblings of a moron.

The big “deal” in politics these days is the rise of populism…..but did you know that a populist more easily believes those outlandish conspiracy theories?

Populists across the world are significantly more likely to believe in conspiracy theories about vaccinations, global warming and the 9/11 terrorist attacks, according to a landmark global survey shared exclusively with the Guardian.

The YouGov-Cambridge Globalism Project sheds new light on a section of the world population that appears to have limited faith in scientific experts and representative democracy.

That could explain a lot.

My Sunday is all bound up….all that is left is me and MoMo in the garden…..

This is what I see when MoMo wants to go out…… 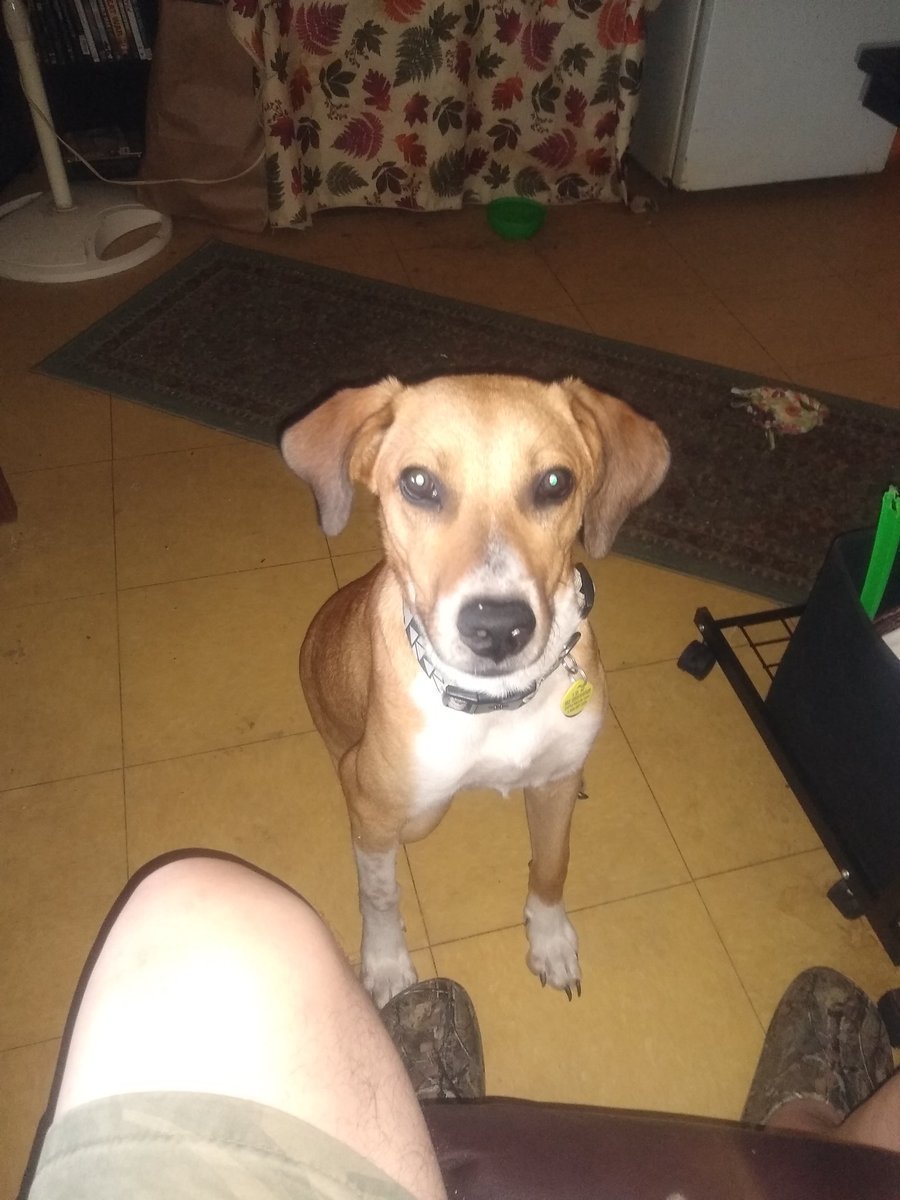 That face is impossible to ignore……I am sure she has plans for that pesky squirrel…….

I shall enjoy my one beer, Model Negra, and watch MoMo rip and run……

It is Sunday and as usual I will try to be anything but a analyst for the next couple of days….. ut that does not mean that stupid is any less prevalent…..

Humans fell out of the trees then we walked up-right then weapons were made then fire was used we then set about creating civilizations and now we humans may have hit our zenith and started the downward spiral…..

I have made light of those Ancient Alien people for spread psuedo-science………one of the most outrageous claims, in my opinion, is that little grey dudes are breeding with us humans…

An Oxford University academic says aliens are breeding with humans to produce a hyrid species capable of saving the planet from major disasters like climate change and nuclear war.

Young-hae Chi, an instructor in Korean at Oxford’s Oriental Institute, said the primary aim of the aliens was to ensure their own survival, but in doing so could protect the human race.

He first made the claims in a lecture in 2012 when he cited an “abduction researcher” from the US who believes the hybrids are already walking among us, the Oxford Student newspaper reported.

And more on his claim……

Did I mention that he, the professor, thinks that aliens are invisible?

In an interview with The Oxford Student, Chi shared some of the highlights from the book — including his belief that, because these invisible extraterrestrials live among us, they have a stake in avoiding planetary destruction due to climate change.

Just what makes a professor at a prestigious university like Oxford drink the “ancient alien” kool-aid?

This will do nothing to tamp down the alien ancestor conspiracy…….did I mention he says these aliens are invisible?

Time to move on as MoMo tells me that there is something “doing” in the back 40……probably that damn squirrel that is irritating the crap out of her.  IT had better stay sharp or his days are numbered.