Most of us remember the date the world was suppose to end, 21 December 2012, and on the morning of 22 December and we were still here….so that prediction was about as accurate as all those before it that have predicted the end of this sinful world.

Now some are saying the texts by the Maya were misread….and now we have a new date….

The reading of the Mayan calendar was wrong, according to a conspiracy theory on Twitter, and while the world didn’t end on Dec. 21, 2012, as originally prophesied by calendar readers, Mayan doomsday is sometime this week or next.

If Tagaloguin is correct, adding up all the missed days, then the Mayan doomsday date is … this week.

Not to worry even if our civilization ends this weekend there are 36 more out there in space…..

According to a new study in The Astrophysical Journal, there could be dozens of intelligent alien civilizations hiding in our galaxy, all capable of communicating.

“There should be at least a few dozen active civilizations in our Galaxy under the assumption that it takes 5 billion years for intelligent life to form on other planets, as on Earth,” Christopher Conselice, Professor of Astrophysics at the University of Nottingham and lead author of the study, said in a statement. 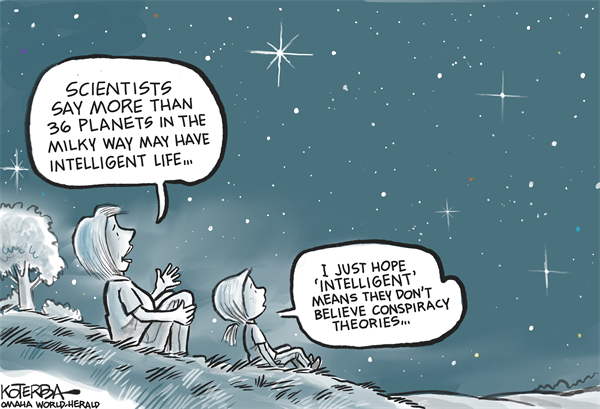 Our doomed society has seen a decrease in students wanting to study history……but why?

In all those institutions, the number of history faculty increased, while the total number of students they taught fell.

I believe that the main reason for the decline in history is that students don’t care for the product the faculty is offering. Most history courses are now too specialized and often politically slanted to interest them.

The roots of what has happened to history go back to the 1960s, when the Vietnam War convinced a critical mass of college students that they could safely ignore whatever the older generation said. That war was indeed a catastrophe, but that single strategic mistake did not, as so many of my contemporaries thought, discredit the entire government, society, and intellectual tradition within which it took place.

Why Students Have Turned Away from History

Finally, I now have been told that racism no longer exist in the United States…..according to Trump’s economic adviser……

During an interview on CNBC, Kudlow said that Obama’s two successful presidential campaigns are part of the reason why he doesn’t believe in “systemic racism.”

“President Obama, the first black president, was elected twice, and he got 79 million white votes,” he said. “Therefore, I find it hard to understand something called systemic racism.”

Larry Kudlow’s claim that white people voting for Obama is evidence that systemic racism isn’t real is laughable. It’s also completely on-brand for him and the administration for which he works.

How many idiotic things can be said/done in a weeks time?

2 thoughts on “Repent–The End Is Near”