Outside Gulfport City Hall, the Mississippi flag is nowhere to be found, but the Magnolia Flag is. On Tuesday afternoon, Gulfport city leaders decided to take down the flag in a seven-to-zero vote. 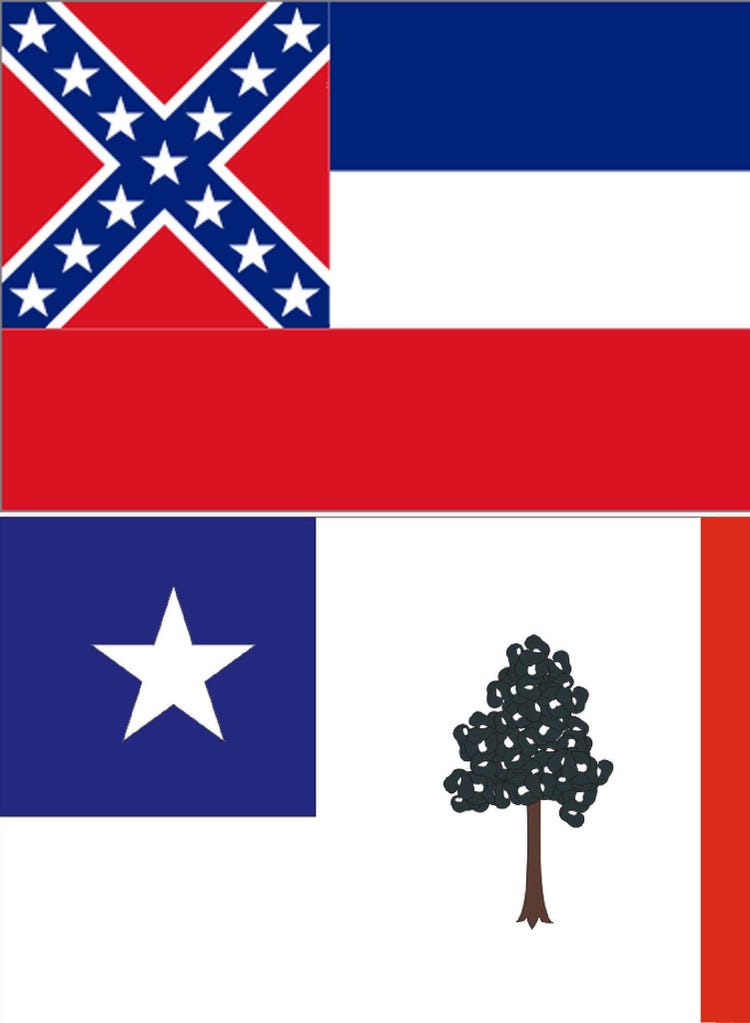 That alone is a big move but I would like for you to read the comments…..

Joe Cruthirds
·7h ago
That looks like a Christmas tree with bad lights. Or could it be a cotton bush? It also looks like it belongs in a cartoon movie. They need to just leave the flag like it is.
Painman 58
·15h ago
You should read history of confederates/civil war before you comment. And Mr. Choctaw, did you know the Texas Rangers were formed to hunt down and slaughter Mexicans, and Indians?

Susan Bridgman
·15h ago
leave the flag alone what is it hurting anyone my goodness.
User from MS
·16h ago
This is Bull Shit & no I not a southerner I was born and raised in Pennsylvania! The US Navy Brought me to Mississippi in 1985 & I’m still here 23 years of Military Service & I still can’t believe what I helped fight too protect our History & our Future freedoms are being manipulated like it is!! That’s all I got to say about that. 🇺🇸✌🏻😎

Danielle Hampton
·16h ago
That’s an ugly flag, surely they can do better than that

These are interesting and illustrate a couple of things….one most of the commenters need to return to school and learn some Mississippi history….and two the heritage thing….true cover for a racists that is too cowardly to admit they hate.
My choice was the flag called the Bonnie Blue Flag….

Why this one?
It is the flag I fly at my residence.
Gulfport is within the boundaries of the short lived Republic of West Florida….In 1810, a small group of Americans living below the thirty-first parallel in Spanish Florida rebelled against Spain and established the Republic of West Florida. The flag adopted by that short-lived republic was a field of blue with one white star, an emblem that would later be heralded in song and verse as The Bonnie Blue Flag. The Republic of West Florida was eventually annexed by the United States and its territory was divided between Mississippi and Louisiana.
If interested I have written about the Republic previously….https://lobotero.com/2012/09/22/the-republic-of-west-florida/
“lego ergo scribo”

8 thoughts on “State Flag Is Gone!”