I realize that Americans are too busy to give a crap about anyone but themselves but I want to remind those that will listen….

My days of protests……antiwar days….. 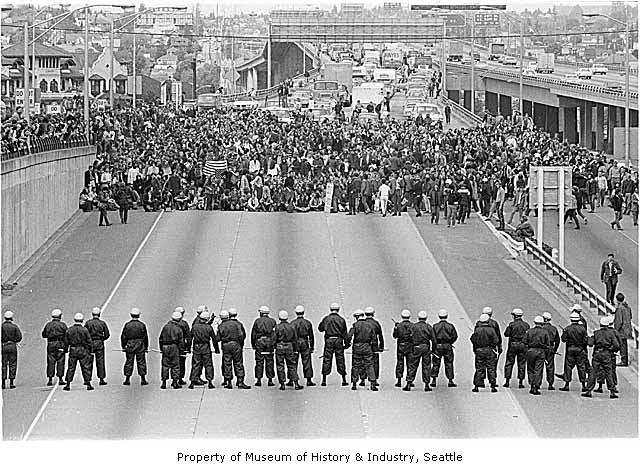 Then there is the Occupied Territories and the violence from IDF…..

As I say….this is all NOTHING new…..we have been dealing with petty dictators and maniacs for many years….you would think that we would learn a lesson in all this protest, right?

Apparently the gravity of injustice is missed by way too many people.

Our police have become armed camps….not the same as the “protect and serve” guys from the past…..

With the militarization of local police forces on full display as heavily armed cops and armored vehicles patrol the streets and crack down on protests over the killing of George Floyd, Sen. Brian Schatz on Sunday said he plans to introduce an amendment to end the federal program that permits the transfer of excess military equipment to police departments across the nation.

“I will be introducing an amendment to the National Defense Authorization Act to discontinue the program that transfers military weaponry to local police departments,” the Hawaii Democrat tweeted late Sunday.

Good luck with that….the Senate?  You mean that bastion of BS where good bills go to die?

These police tactics are looking a lot like the apartheid policies of Israel against Palestinians.

Can we say Kent State?

This Is How Kent State Happened

Plus I am not impressed by Democrats and their handling of the protests…..all they have is words….little action…..

Trump has operationalized his efforts to establish a presidential dictatorship, based on the military and the police, through a massive military deployment in Washington, D.C., which is under his direct control. He is also escalating pressure on states to crack down on demonstrations after his threat on Monday to send in the military if they do not respond aggressively enough.

In innumerable public statements, Democratic members of Congress, governors and mayors commenting on Trump’s actions ignored the fascistic and authoritarian character of Trump’s actions, focusing instead on declarations that Trump is not being “helpful” in controlling the demonstrations.

“Let’s not overreact,” said Democratic Chicago Mayor Lori Lightfoot, calling Trump’s statements “bluster.” Michigan Governor Gretchen Whitmer, who was asked if she would request military intervention, replied that this would only be necessary “because they’ve [the Trump administration] thrown a lot more gas on a fire that was burning.”

Hopefully no one thinks these words and mental farts are in any way in support.

Have they stepped up to make the plight theirs?

I have not seen anything that would show me that Dems would do little different…..words are not action!

6 thoughts on “Have We Seen All This Before?”