While you were ripping paper off gifts or worried about the “millions” of people pouring across our border or ranting about all those “deplorables” that do not accept Trump…..a small thing was inching its way through the Congressional process…..

(I will pause here for a Google search) 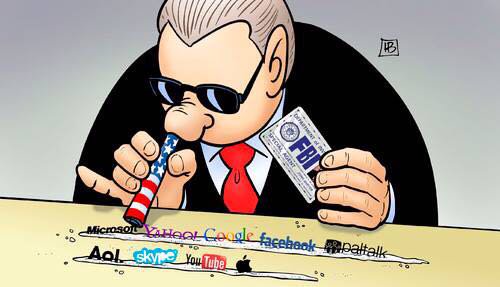 The FBI and other law enforcement agencies will be able to search multiple computers across the country with a single warrant thanks to a controversial rule change that takes effect on Thursday.

The expanded search power, known as “Rule 41,” is intended to make it easier for the FBI to carry out complex computer investigations. Until now, the government could only carry out a search of computers located in the district where the federal judge granted the warrant—typically only a few counties in a given state.

Rule 41 came about as part of a regular review of criminal procedure conducted by a conference of federal judges. After several years weighing the rule and a public comment period, the conference then submitted the suggested rule change to the Supreme Court, which then approved it to go into effect on Dec. 1.

If you really want to know about the “Rule”…then read it for yourself…….

Maybe paying attention would be better than worrying about something that has NOT happened and may never…..

All Hail!  The King and Queen have left the room…..(and the peasants danced)………

I have not hidden my distaste for anything Clinton.  To me they are NO better than those banksters of years ago….they are only in it for the wealthy….and I do understand why so many black people think that the Clintons are all that and a bag of chips…..they did little to improve their lives or the lives of their children…

I will say I was not a Trump supporter neither did I support Clinton but the one thing that I hope this past election has given us, as a country, is the death of “Clintonism”.

In September 1963, two months before his death, John F. Kennedy mused aloud to his old friend the journalist Charles Bartlett about the prospects for the 1968 presidential election, in which, he presciently worried, his brother Robert might run against Lyndon Johnson.

“He gave me the feeling he wasn’t pleased,” Bartlett would recall years later. “He wanted a record of his own. I sensed that he wanted the Kennedy administration to be Jack, and Bobby was going to turn it into a succession thing. Jack didn’t want a dynasty, although I am sure his father would have wanted that.”

The fun thing for me is that I am not alone in my wish to see the Clintons just slink back into the confines of the Foundation never to be a problem again…….

With Hillary Clinton’s defeat in the 2016 election, progressive activist Van Jones says that it’s time to move on not just from the Clinton family, but the kind of politics they represent.

Appearing on CNN Sunday, Jones noted that the Democratic Party’s base has gotten significantly more progressive since Bill Clinton was president in the 1990s.

In fact, he said that several of Clinton’s policy decisions — from his championing of NAFTA to his support from the 1994 crime bill that introduced the “three strikes” policy — came back to haunt Hillary Clinton during her presidential campaign

Source: ‘The Clinton days are over’: Van Jones says good riddance to the centrist Democratic Party
I am with Jones on this…..time for Democrats to embrace a more progressive agenda….one that will benefit every man, woman and child in this country….and let the Clintons become a footnote in American history.

Remember to plan for your retirement…….

Back during the reign of “King Ronnie” and his big push to privatize everything…the big new plan to help people retire was the advent of the 401(k).

This was a way for business and government to get out of the business of pensions…..but since those days in the 1980’s this idea has proven to be as bad an idea as sneaking arms to the Contras…….

When 401(k) plans emerged in the ’80s, they were supposed to complement pensions, not replace them. But as the Wall Street Journal reports, only 13% of workers in the private sector today hold pensions thanks to the 401(k) revolution—and original proponents of the tax-deferred savings plans are now saying they may not be the best way for people to shore up for their golden years. “We weren’t social visionaries,” says Herbert Whitehouse, an ex-J&J exec who was also an early 401(k) promoter. Not only are the plans—which let workers sock away pretax money—vulnerable to stock market declines (defined-benefit pensions are guaranteed payouts for life), they’re also subject to costly manager fees. And Forbes notes that longer-lived retirees may need enough funds to last 30 years or more, making it even more critical that retirement cash can be stretched for the long haul.

One economist says at first she’d tell workers they’d be set if they saved just 3% of their salary—but that was based on projected 7% annual investment returns, an overly optimistic calculation. Plus, per an Employee Benefit Research Institute researcher, only 61% of workers who could be saving for retirement are currently doing so. Based on Boston College calculations, 52% of US households are “at risk” of not being able to live comfortably during retirement. Not that 401(k) plans are complete failures: Advocates say if people start using an employer-offered 401(k) early enough, it can lead to substantial savings. Still, fixes are being proposed, such as mandated savings plans run by either employers or the government. “There was a complete overreaction of excitement and wow” in the early days of the 401(k), laments a retirement services exec. (Research has pointed to this “alarming” anti-401(k) fact for a few years.)

As usual none of these “miracle” plans ever fully assists the individual.

Since the election we have been bombarded with reason for a Clinton loss…most of them are off the mark and we have been beat with the possibilities of a new Cold War…Cold War II or even Cold War 2.0….

The press below is from Libertarian site that shares some of my disdain for all of the US interventionism…..

The CIA and its mainstream media acolytes continue to blame Democratic Party Hillary Clinton’s electoral loss on the Russians and, specifically, on supposed hacking by Russia of computers belonging to Clinton and Democratic Party officials. But even if the CIA allegations were true, what all these people are missing is that the election result would not have been changed by the hacking itself but rather by the disclosure of the information that resulted from the supposed hacking. Continue Reading

Most of the knowledgeable world has heard of Doctors Without Borders…..medicos that travel the world bring medical care to those in need….well there is a commando without borders….they bring death and destruction to the world…

I read many international publications looking for news that may not be available to my readers here in the US…..a pretty good site is the French site Le Monde…..the below article takes a look at our troops and their use in Africa to fight the forces of “evil”….. 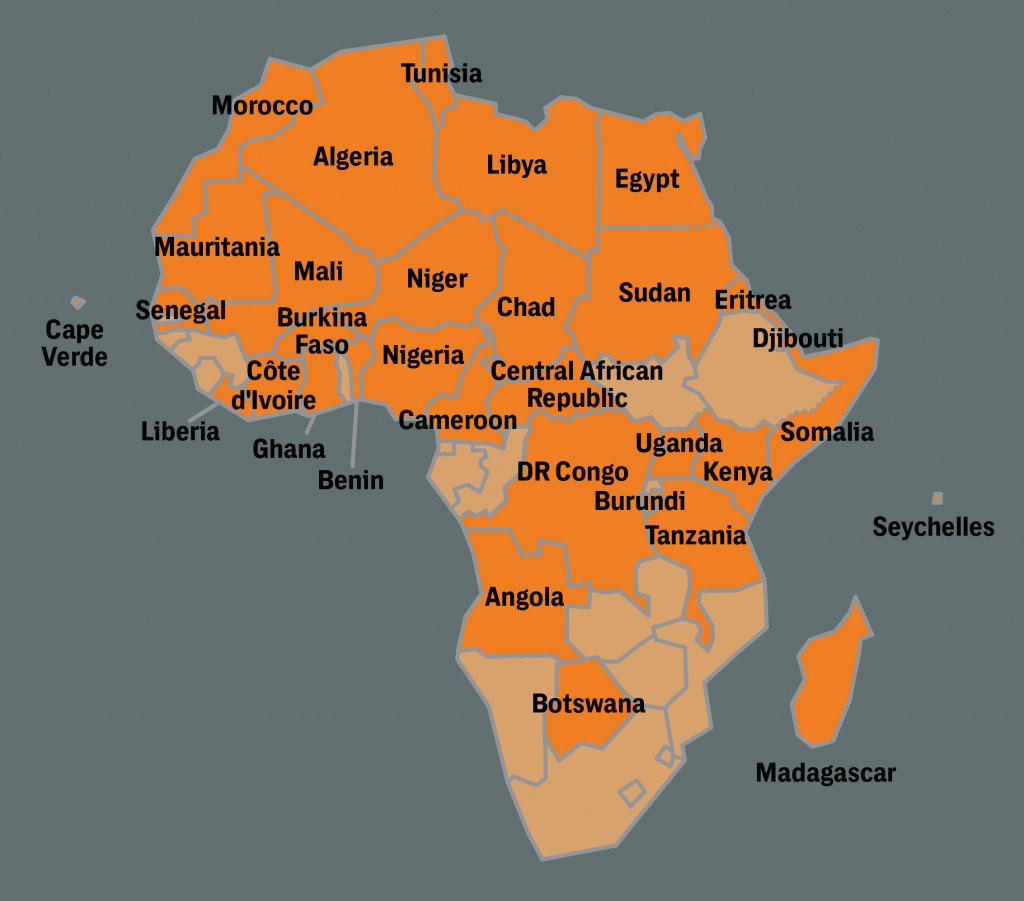 “[T]errorists, criminals, and non-state actors aren’t bound by arbitrary borders,” the commander of Special Operations Command Africa (SOCAFRICA) told an interviewer early this fall. “That said, everything we do is not organized around recognizing traditional borders. In fact, our whole command philosophy is about enabling cross-border solutions, implementing multi-national, collective actions and empowering African partner nations to work across borders to solve problems using a regional approach.”

My question is…..Is this the best use of our military?

Now there is a term you do not hear often…of course not because people capable of using it are attacked using the very tactic that they try to explain….how’s that?

I wrote about this about 6 years ago to an audience that did not want to acknowledge such a thing existed……if you like read it for yourself and I will expand after reading…..

Ad hominem (Latin) means “against the man”. As the name suggests, it is a literary term that involves commenting on or against an opponent to undermine him instead of his arguments.

To put it simply, the considerations regarding the use of ad hominem can explain certain arguments and the motives behind them better. Nevertheless, such considerations are not enough on their own to evaluate an individual’s opinion and are certainly not sufficient to disregard them as false or invalid. The fact is that ad hominem is a kind of fallacy that leaves a great impression on the audience’s mind. It is an argumentative flaw that is hard to spot in our daily life. Although, the personal attack that has been made on the opponent might not even have a speck of truth in it, it somehow makes the audience biased. Ironically, despite being flawed, ad hominem has an amazing power of persuasion.

The worst thing about using ad hominem purposely is that an opponent insults you publicly. Whenever this happens to you, you must recover from the humiliation and then point out the false connection in the argument, which was used a trap for the audience. Moreover, the dilemma with ad hominem is that once it has been used against you it smears your reputation. Once somebody makes such a judgmental argument about you, the audience instead of evaluating it on logical grounds take it to be true.

This article was originally published by Scientific American.

Have you ever noticed that when you present people with facts that are contrary to their deepest held beliefs they always change their minds? Me neither. In fact, people seem to double down on their beliefs in the teeth of overwhelming evidence against them. The reason is related to the worldview perceived to be under threat by the conflicting data

Creationists, for example, dispute the evidence for evolution in fossils and DNA because they are concerned about secular forces encroaching on religious faith. Anti-vaxxers distrust big pharma and think that money corrupts medicine, which leads them to believe that vaccines cause autism despite the inconvenient truth that the one and only study claiming such a link was retracted and its lead author accused of fraud. The 9/11 truthers focus on minutiae like the melting point of steel in the World Trade Center buildings that caused their collapse because they think the government lies and conducts “false flag” operations to create a New World Order. Climate deniers study tree rings, ice cores and the ppm of greenhouse gases because they are passionate about freedom, especially that of markets and industries to operate unencumbered by restrictive government regulations. Obama birthers desperately dissected the president’s long-form birth certificate in search of fraud because they believe that the nation’s first African-American president is a socialist bent on destroying the country.

All too familiar these days of vile and disgusting assaults on others….when one is a dolt (yep that was an attack….see NO one is immune) then attack the person when one has NO argument….