It is not secret that I feel that our children are being short changed…..especially on education…..I feel this country could do so much more for the future of the children but we decide that useless reforms will to enough….it has proven time and time again that it is not enough……will never be enough.

Sorry about the soapbox…..I read things that happen in our “magical” society that makes me fear for our existence……

Remember when you were young and someone did you wrong and you wanted to get even?  What were your plans to do so? Did you ever consider….. murder….I mean real murder not some play-time bullsh*t?

These kids took youthful “revenge” to a whole new level…….is this what our children will learn in a charter school?

Authorities in Anchorage, Alaska, say they’ve uncovered a surprising murder plot—dreamed up by three first-graders. In a letter sent to parents on March 22, Principal Shanna Mall of Winterberry Charter School explains three students planned to use silica gel packets “to poison and kill another student,” per KTUU. Silica gel, used in packaging to prevent moisture, is non-toxic, but students believed the packets were dangerous because they were marked “do not consume,” per the Alaska Dispatch News. A rep for the Anchorage Police Department tells KTVA that the students brought the packets to school “with the intent of putting them in another student’s lunch,” but one or two students overheard the plot and came forward before it could be carried out.

A school resource officer spoke with both the students and their guardians, the rep adds. No charges were filed, but “all three students received significant consequences,” says Mall. Each has been suspended and could still be expelled, says a rep for the Anchorage School District. She adds the children’s ages are among the “most surprising” details of the incident. “Given such a young age, it’s not clear if they knew what they were doing, if it was just a threat or something more serious,” she says, noting “there are a lot of conversations to get an understanding of what actually happened, how the students were feeling.” School psychologists are involved. (Fourth-graders allegedly wanted to kill their teacher with hand sanitizer.)

Charter schools students?  What do they teach in this band-aid for a good education?

A horrific story but……To close with a little humor…… 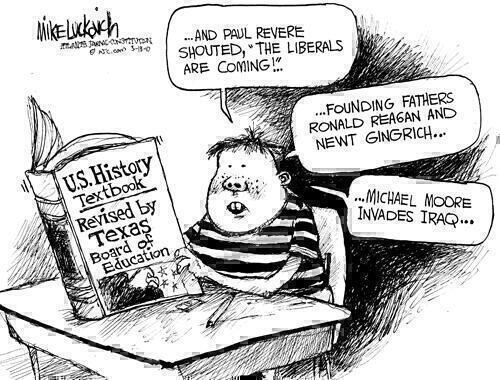 7 thoughts on “What Do We Teach Our Children?”