About four months ago I started having troubling with my right eye and it progressively got worse and then the pandemic hit and I had to postpone my visit to the eye doctor.

Finally my area started letting people go for medical appointments as long as a mask is worn….so I went to my eye doctor and did the tests….I knew I had cataracts but they had not been too bad…..well the news was not good…..there are three kinds of cataracts and I have all three kinds especially one that acts quickly….and that is why my sight was not so good in my right eye.

My doctor moved as quickly as he could…after hours of testing and waiting I was schedule for eye surgery on 15July2020…..and again on 29July2020…..

I was jittery because everything I do involves my eyes….reading, research and writing…..and someone digging around in my eyes was not something I was looking forward to having done.

But thanx to the tranquilizer that was given did the trick.  I was awake and knew what was being done to my eyes but I was relaxed and calm…..and the operations took on;y about 15 minutes per eye……it took longer in prep than the actual surgery.

Both surgeries have been completed and my doctor tells me that everything is healing better than he had anticipated.

My eyes are still a bit sensitive to sunlight and must wear those shades….. 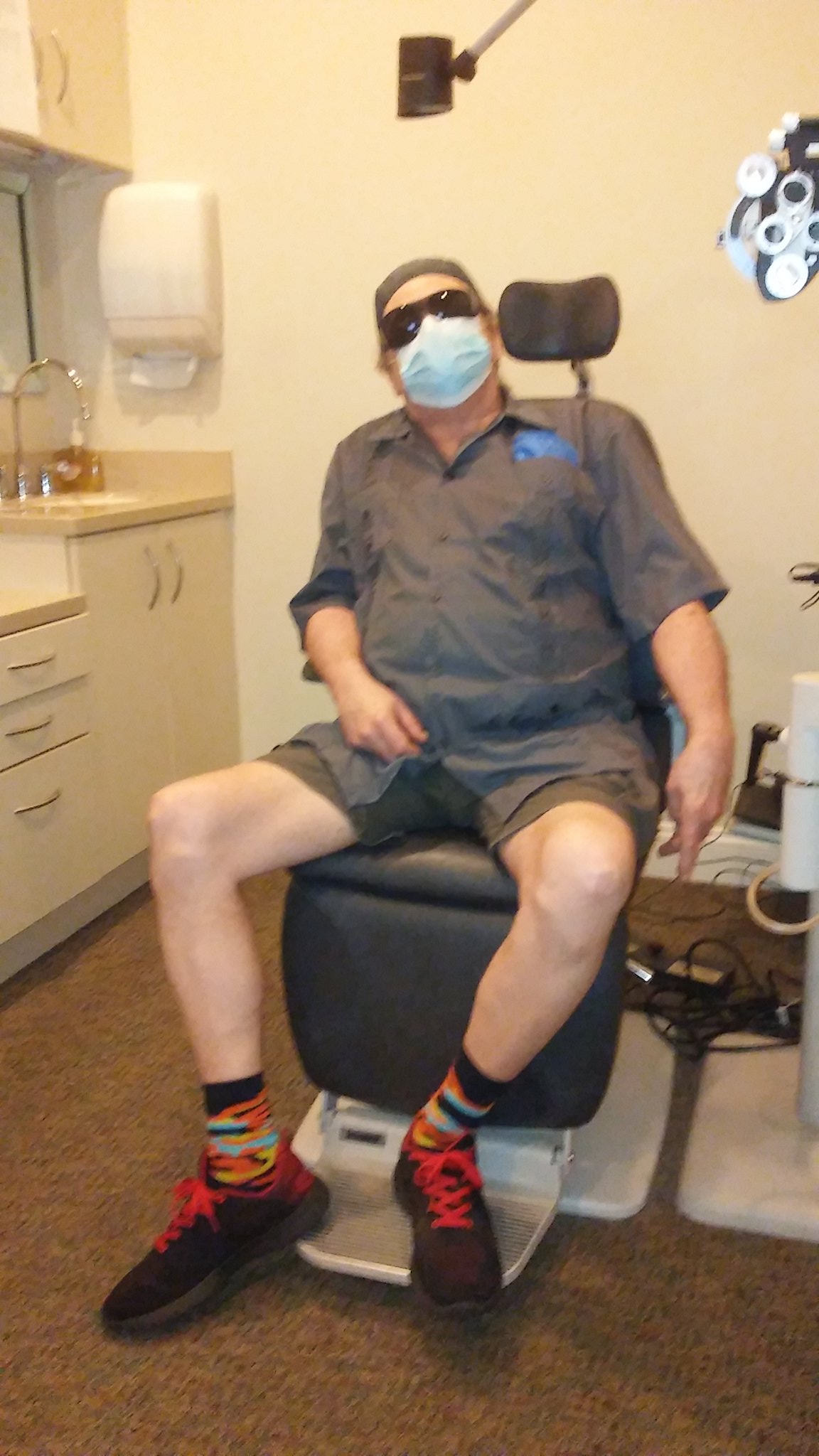 Plus I no longer need my glasses to see…..I do however need some reading glasses but that is the cheaper way out.

I would like to thank all my followers for their kind wishes and their understanding…..I appreciate your patronage.

Hopefully after my last follow-up on 10 August I will be good to go…..and I can return to my usual research, reading and writing…..as it is now I am a bit limited as to what I can do.

Should we wear masks? Or Not? Can masks help cause the virus?  Are they safe?

Questions….questions…..so many and so many opinions that are not really answers.

But the one statement about masks that some want to push on the population…..”forced to wear a mask is a violation of my rights”

Just how much “rights” does state laws violate?

Several hundred people assembled in London’s Hyde Park in July 2020 to protest rules making face masks mandatory in shops and supermarkets to help control the spread of COVID-19. This was not an isolated event. Similar protests have occurred in many places around the world in reaction to the prospect of “mask mandates” – especially in the United States.

These protesters are not without allies. “Anti-maskers” have elicited support from prominent figures on the political right in the UK and America: Peter Hitchens of the Daily Mail has called them “muzzles”; Michael Savage, a prominent talk radio host, called masks a “mark of submission”; to say nothing of President Donald Trump’s refusal to wear a face mask in public and his dismissal of them as “politically correct” (until his abysmal approval ratings compelled him to awkwardly soften his position).

Why do mask mandates elicit such anger?

Setting aside the conspiracy theories and disinformation that seem to prevade these protests, the participants are joined by a fierce attachment to individual liberty. They believe mask mandates sacrifice individual liberty to a collectivist notion a “greater good”.

I believe that these toads that refuse to wear masks and even commit violence to make their point are violating my rights….they could be making me ill…..

Just like freedom of speech does not give an idiot the right to scream “FIRE!” in a crowded theater that cause a panic and injures or kills others.

Speaking of “Freedom of Speech”……

Fish explains the difference between how free speech applies to the government and how it governs your relationship to your employer. And why free speech is such an issue in the academy, when the opposite should be true.

Freedom of speech may free us from some constraints, but it also frees us to say and do terrible things. When speech is free, he says, “consequences always abound.”

The High Cost of Free Speech

If these people do not want to wear a protective mask then they should stay home and do the “business” over the phone or laptop.

None of the people that think their freedoms are being violated are nothing put idiots pretending to be concerned about others….they are selfish dolts that spread disinformation.

A little history for this Sunday…..

The original Guns of August referred to the beginning of the Great Wat, World War One…..but this is a bit different……

The consequences are still reverberating three decades on, obviously in Iraq and the Middle East but also further afield, after Saddam Hussein became the first Arab leader to invade another Arab nation. On Thursday, August 2, 1990, at about 2am, 100,000 Iraqi troops and 700 tanks smashed through Kuwaiti border posts. Saddam then announced that the emir of Kuwait had been deposed and the emirate was now Iraq’s nineteenth province.

This was his second invasion of a neighbor. In September 1980 he invaded Iran believing that the rule of the ayatollahs, and their Shia branch of Islam, posed a clear and present danger to Iraq’s Sunni-dominated government.

Much of the Iranian army and air force was dependent on US spare parts and these had dried up after the fall of the Shah in 1979. Saddam believed it would be a piece of cake as much of Iran’s heavy weaponry and air power would be unusable. Initially his forces were successful, driving deep into Iran. But the Iranians fought back, launched human wave attacks against Iraqi artillery and trench warfare, reminiscent of WWI, ensued. Stalemate. The war finally ended in 1988 under a United Nations-brokered ceasefire with neither victorious, both exhausted. Kuwait had initially lent the Iraqi leader US$14 billion to help finance the conflict. Saddam believed that this debt should be written off. Kuwait refused and demanded prompt payment.

The Gulf War, 30 Years and Counting

For those that are not capable of learning with our visuals…..

Just because I can…..a look at this war from Iraq’s perspective…..it is about 20 minutes if your attention span will allow it……