I am talking about something that effects most Americans….most people in general……something that could change the complexion of the rhetoric in the world….something that happens at least 5oo billion times a year…..

Nearly 500 billion cups of coffee are consumed every year, making it easily one of the most popular goods in the world. It’s cultivated in dozens of countries by nearly 25 million farmers who depend on it to make a living.

But coffee is becoming harder to grow. It’s a notoriously picky plant that requires very specific conditions to grow. And as climate change warms the planet, the places that can sustain the plant are shrinking. A recent study estimates that by 2050, the amount of land that can sustain coffee will have fallen by 50 percent.

But while there may be time to save the coffee plant, the crisis has already arrived for coffee farmers. Deteriorating conditions and plummeting prices have made it difficult to make a living growing coffee, not to mention invest in measures to adapt to climate change.

Does anyone realize what that will do to society?

For one it could stop Americans from buying those $10 cups of coffee….what will the “posers” do without trendy caffeine?

Will this news start a hoarding wave?  I mean look what the virus did to toilet paper.

This catastrophic news….tea just does not have the same umpf that coffee does in the mornings.

What will we do?

On a side note……one of the most famous spies in history was Mata Hari…..now look at the photo and tell me what you think….. 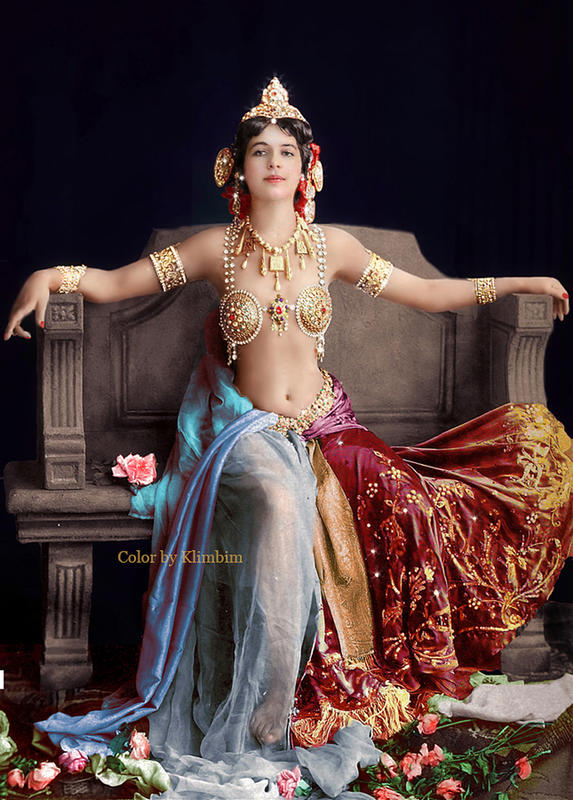 I can see why she was so successful…..can you?

I try to help my readers understand a wide array of subjects…..FYI if you will……today let’s look at the internet.

Looks like today is gonna be history day…..Learn Stuff!

Do you know where the internet idea came from?

Was it from the US military of the 1960s? Or maybe it was 1991 and from Tim Berners-Lee? Some think it was Al Gore…..well all those guesses would be mistaken.

The internet as we know it was started in 1991 when Tim Berners-Lee invented the World Wide Web. The idea, first developed by the US military in the 1960s, had been around forever, and not just because of science fiction, but rather a prediction made by a witch in the 15th century.

Ursula Southeil, better known as Mother Shipton, lived during the 15th century but her predictions had consequences even to the 19th century. According to The Vintage News, Ursula was born in a cave in 1488. Her mother, reports The Yorkshire Post, was a 15-year old orphan named Agatha. People at the time treated the small family horribly, especially because young Ursula supposedly had a large crooked nose, a hunched back, and twisted legs. Ursula studied the forest and discovered she could tell the future.

After she married a builder named Toby Shipton, Ursula, now called Mother Shipton, began going around towns telling futures and making prophecies. Her prediction “around the world, men’s thoughts will fly. Quick as the twinkling of an eye” is widely believed to be about the internet. Her other predictions included the Black Plague, the Great Fire of London, the defeat of the Spanish Armada, and the end of the world.

Now the record has been corrected.

These days there is a rabid attack on all the statues that commemorate the Generals of the American Civil War…..they are being pulled down, moved or otherwise vandalized.

I wrote about these statues in my op-ed blog, Gulf South Free Press…….https://gulfsouthfreepress.wordpress.com/2020/07/07/monument-for-traitors/

I am waiting to see the fate of the ONLY Confederate general to have a statue in Washington D.C…..the statue of Brigadier General Albert Pike.

For those not sure who Gen. Pike is….allow me me enlighten you.

Born in Boston, Massachusetts in 1809, Pike planned on attending Harvard but ultimately could not afford tuition. Instead, he roamed to New Mexico and eventually Fort Smith, Arkansas, where he taught law and became politically active. In 1850, he organized the Know-Nothing Party, which campaigned on anti-immigration beliefs and emphasized the use of slaves as more “efficient than farm labor.”

Pike was also pro-Indian, representing a handful of Native American tribes in settlement cases against the government. That lead him to be named the commissioner of Indian Affairs for the Confederacy at the start of the Civil War, where he was then named a brigadier general.

His time as a general in the Confederacy lasted a little over two years before he was charged with misappropriating funds and letting his troops mutilate Union soldiers in an 1862 battle.

Arguing with other Confederate leaders after being accused of treason, Pike ultimately mailed in his resignation letter and retreated to Tennessee — where civil rights leaders said he was rumored to have wrote the rituals of theKu Klux Klan, although various history blogs have said this was not certain.

That is right a statue of a Confederate stands proudly in DC and has yet to be mentioned in all the babbling about those other statues of Confederate generals……why is that?

He was a traitor to the United States….he was a slave owner…..even allegedly influential in the KKK……why?

Could it be a religious thing?

You see Albert Pike is one of the most famous of the Freemasons……so is it for that reason that he is safe from the indignities the rest of the Confederate statues are suffering?

Personally I do not give a shit about his religious leanings…for all I care he could worship a wagon wheel….his persona should NOT be exempt from the “purge” taking place simply because of his connection with the Freemasons….his statue should come down and be placed in the interior of that massive Temple of Doom in DC.

If other generals were traitors then so was Pike……treat him as you would treat the other traitors.

Or is this person somehow special?

I Read. I Write, You Know