I have written about how some educational institutions are trying to re-write history with the books they use to each courses.

But I never thought that I would see something that has come so far in several centuries that racism would be taught…..medicine of all things. 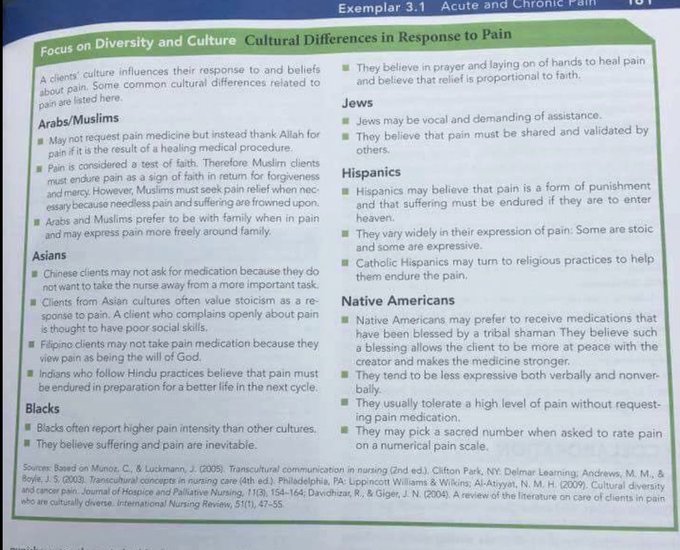 That crap was in a book published in 2017 to be used by medical students.

The state of Florida is having a terrible week……after kissing Trump’s ass the governor hurriedly open the state for all sorts of activities……and then the news started rolling in…..and the governor had to back track on his previous BS on how safe the state was during the pandemic.

On another front…..a brain eating amoeba has been found it Florida…..

The brain-eating amoeba has resurfaced in Florida. The state’s Health Department has confirmed the case, saying only that the patient is in Hillsborough County. Naegleria fowleri usually is found in warm freshwater environments, including ponds, rivers and lakes. The state did not say where the infection was contracted, the Tampa Bay Times reports. More common in the South and usually fatal, the infection can destroy brain tissue. Florida has reported 37 cases since 1962. Symptoms can include fever, nausea, hallucinations, headaches and seizures. Nationally, only four of the 143 people known to have become infected survived.

“Adverse health effects on humans can be prevented by avoiding nasal contact with the waters, since the amoeba enters through nasal passages,” the Health Department said. The agency’s advice included suggesting swimmers pinch their nose when in warm freshwater, per CNN. Bodies of warm freshwater near power plants should be avoided, as should any shallow areas when the water temperature is high. For people rinsing congested sinuses, the state said, a neti pot can be a problem. “Use only boiled and cooled, distilled, or sterile water for making sinus rinse solutions for neti pots or performing ritual ablutions,” the Health Department said.

Sorry but not to worry….the amoeba will go hungry.  (Sorry I could not resit the shot)

On the news front about the pandemic…..just when the news is dire about the next wave we are told that it is airborne…..

The WHO still won’t call the coronavirus airborne, even though evidence increasingly shows it is indeed transmissible that way and experts have been warning for months that more attention needs to be paid to transmission via aerosols. Now, 239 scientists from more than 30 countries have published an open letter to the health agency urging it to reconsider its official stance on the matter, which currently states only that the research is inconclusive. “There is no incontrovertible proof that SARS-CoV-2 travels or is transmitted significantly by aerosols, but there is absolutely no evidence that it’s not,” one doctor tells the New York Times. “So at the moment we have to make a decision in the face of uncertainty, and my goodness, it’s going to be a disastrous decision if we get it wrong. So why not just mask up for a few weeks, just in case?”

The WHO’s official stance is that the virus that causes COVID-19 is transmitted via larger respiratory droplets, which typically can only travel about 6 feet before they fall to the ground. Aerosols, on the other hand, are smaller particles that can travel much longer distances and linger in the air, meaning that if the virus is transmitted that way, crowded indoor spaces, especially those with poor ventilation, are a big risk even when social distancing can be maintained. That means more measures (from masks to upgraded air filters and UV lights) may be necessary for true protection. “WHO’s credibility is being undermined through a steady drip-drip of confusing messages, including asymptomatic spread, the use of masks, and now airborne transmission,” one expert tells the Washington Post. The Times has much more, including how a “dated” definition of airborne transmission might be contributing and why it’s difficult to study aerosols

The news just keeps getting worse…..as opposed to the reports that Donald the Orange is giving his supporters….it will not be long before we reach 3 million cases…..and according to Trump that is something to be proud of these days…

Please someone explain to me how 3 million cases is good news.

I know……god forbid that should occur….but you never know how the election will turn out.

But I am just saying that he was not suppose to win in 2016….and yet he did just that….and it could happen again (god forbid)…….

If he does what will that second term look like?

Republican lawmakers say they have little to no idea what President Trump’s agenda would be if he wins a second term, making it difficult for GOP candidates to coordinate campaign messages ahead of November.

Senate Majority Leader Mitch McConnell (R-Ky.) said last year he wanted the 2020 election to be a referendum on socialism, but instead it’s turning into a referendum on Trump, a scenario that GOP senators wanted to avoid.

Congressional Republicans say Trump spends too much time going after critics on Twitter and not enough time articulating his vision for a possible second term. They would prefer more contrasts between their party and Democrats on issues such as taxes and regulation — areas they think could be part of a winning formula in the fall.

Trump does have vision for that second term…..

President Trump has a vision for his second term, if he wins one, of establishing a “National Garden of American Heroes” that will pay tribute to some of the most prominent figures in US history, a collection of “the greatest Americans to ever live.” His idea, conveyed in a speech Friday night at Mount Rushmore and expanded on in an executive order, comes as elected officials and institutions are reckoning with whether it is appropriate to continue to honor people, including past presidents, who benefited from slavery or espoused racist views, with monuments or buildings and streets named after them, the AP reports. Absent from Trump’s initial list are any Native American or Hispanic individuals. The White House and Interior Department declined to comment on how the list was assembled.

To be certain, the monument is far from a done deal and Trump’s plan could be dashed if presumptive Democratic nominee Joe Biden denies him a second term in November. It includes George Washington, Thomas Jefferson, Abraham Lincoln and Martin Luther King Jr., all already represented on or near the National Mall in Washington, along with Susan B. Anthony, Daniel Boone, Davy Crockett, Frederick Douglass, Amelia Earhart, Billy Graham, Douglas MacArthur, Christa McAuliffe, Jackie Robinson, Betsy Ross, Harriet Beecher Stowe, Harriet Tubman, Booker T. Washington and Orville and Wilbur Wright. But Trump also is looking to put an ideological stamp on the idea of American greatness with the inclusion of conservative stalwart Antonin Scalia, the late Supreme Court Justice.

That is his big plan for his second term….basically a theme park.  Will there be rides and palm readers?

So the second term will be full of the same BS as the first….division, racism, lies and disinformation.

A vote for Trump in November is a vote for those precise policies.

Both parties are scrambling to keep our many wars up and rolling…..I have basically covered this with the “Bounties” thing……

The Dems, which in my day was antiwar for the most part, have joined Liz Cheney and the Neocons to keep the wars going and people dying….

Democratic members of the House Armed Services Committee teamed up with Republicans this week to pass an amendment co-sponsored by Wyoming Republican Rep. Liz Cheney—daughter of notorious “war on terror” architect Dick Cheney—that prohibits Congress from spending money to pull U.S. troops out of Afghanistan without first meeting a series of vague conditions that critics said appear designed to prevent withdrawal.

The amendment (pdf)—co-sponsored by freshman Rep. Jason Crow (D-Colo.)—states that before the number of U.S. troops stationed in Afghanistan can be reduced below 8,000, the Pentagon must certify that the withdrawal “will not increase the risk for the expansion of existing or formation of new terrorist safe havens inside Afghanistan” and “is in the best interest of the United States national security and in furtherance of United States policy toward Afghanistan for achieving an enduring diplomatic solution.”

Warmongering is a disease!

A disease that seem to be spreading throughout our political apparatus……

Nothing alarms defenders of the U.S. foreign policy consensus more than the prospect of American retrenchment after the last thirty years of overexpansion and failed wars.

If there is one unquestioned assumption in conventional foreign policy thinking, it is that retrenchment is undesirable and dangerous and must never be allowed to happen. The hostility to the idea of retrenchment is so strong because it threatens to reduce U.S. ambitions and opportunities for entanglement in other parts of the world, and the defenders of the status quo thrive on both.

H.R. McMaster is the latest in a line of enforcers of Washington’s prevailing orthodoxy to denounce advocates of retrenchment and restraint. In a new essay in Foreign Affairs called “The Retrenchment Syndrome,” the former general and National Security Advisor to Donald Trump takes it upon himself to respond to Stephen Wertheim and others making the case for foreign policy restraint earlier this year. The essay is remarkably stale and replete with hawkish clichés, and his broadsides against those he calls “retrenchment hard-liners” never hit home. McMaster’s case against retrenchment unwittingly demonstrates how sclerotic and bankrupt the dominant view in Washington has become.

There Seems to be No Cure for Warmongering Syndrome

I will admit that I support Trump on his stands about our numerous wars…..he has tried to bring troops home and the Congress and the M-IC are fighting him tooth and nail on this front.

I have been calling for the dismantling of the US war machine for many many years and now there seems to be a bit of a resurrection of the anti M-IC control of our foreign policy…..

2020 began with a near-war with Iran – the deadly upshot of a bomb-first-ask-questions-later approach to world affairs.

Then came a pandemic – a public health disaster made all the more lethal by our leadership’s utter indifference to the lives of the people, especially the poor and people of color.

Then the murders of George Floyd, Breonna Taylor, and Tony McDade. Three more names to the list of Black lives that didn’t matter to the state. An eruption of righteous rage. Even more police brutality in response.

The lesson of these historic months is clear: funneling trillions of dollars into institutions designed to violently protect the status quo – be they police or military – does not make ourselves, our loved ones, or our communities safer. Police budgets account for 30-60% of town and city budgets. As cities and states find themselves in budget crises, education and health care find themselves on the chopping block while police budgets are protected and even increased.

I have said that I support his troop withdrawals….but let my clarify…while that is a good sign Trump also attempted to start a new war…this time with Iran just a few short months ago.

I totally agree that it is time for the Pentagon to get a haircut of taxpayer money.