I want to take a moment and wish that all my readers have a fun and safe Fourth…. 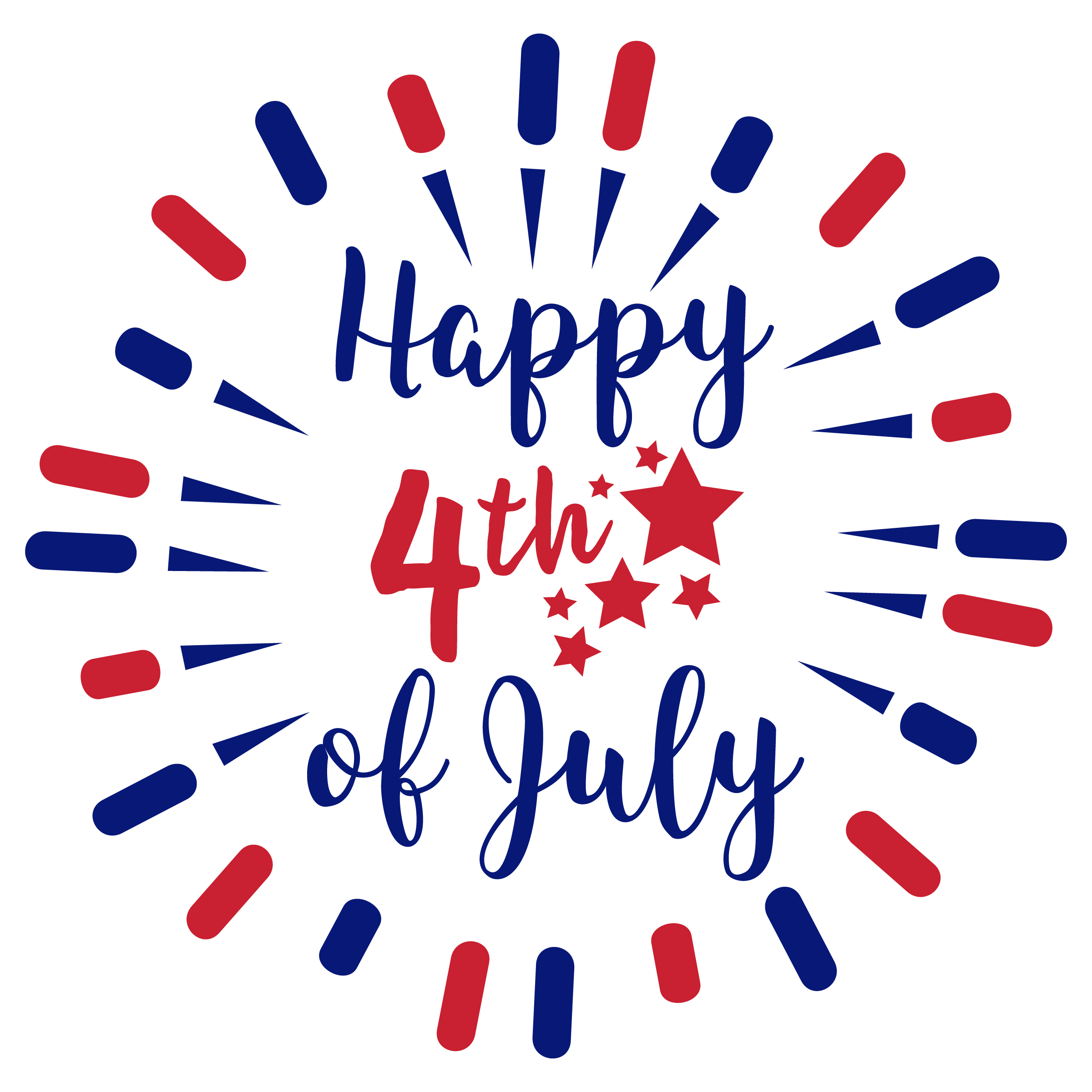 There is a small history lesson for the day.

Then the news of the day……

Donald Trump’s early July 4th celebration had little to do with uniting America in a time of trouble and pain. Instead the gathering at Mount Rushmore was just a Trump campaign rally in disguise where the Great Leader spat out his usual themes of racism, neofascism, authoritarianism, ignorance, violence, Orwellian doublespeak and lies, Christian fascism, white identity politics, and other right-wing dreck to his red hat MAGA political cult members.

On this Fourth of July weekend Donald Trump is grandly reminding the world that patriotism is the last refuge of traitors and scoundrels. Trump may wrap himself in the American flag and other vestments of “patriotism,” but his heart and mind are truly of the antebellum South and Jim and Jane Crow America. Trump claims to be a greater president than Abraham Lincoln. Trump in his delusions believes he is as great as George Washington. But Donald Trump is really a 21st-century Jefferson Davis, president of the treasonous Confederacy. May he be remembered in the same ignominious fashion.

Before you go please read this post on mine from a decade ago…..it explains why I think we congratulate the wrong person on this day…

The protesters argued that it is their land after the Ft. Laramie Treaty of 1868, which was ratified by the U.S. Senate.

Two points for the more stupid out there…..first the Black Hills is his home and second NAs are the only Americans that do not have a hyphen…..

Be Well….Be Safe….Thanx so much for spending the time with me and IST….

Twelve years ago to day I posted my most popular post……I have re-blogged it here on the anniversary….I wrote it hoping that it would make people visit and possibly spend some time looking at the site…I was wrong and to this day it still in my top ten every week……enjoy chuq

The good news just keeps coming.  First, coffee puts lead in your pencil and increases the endurance factor and now there is good news about another fav of mine.  At my age, we look for all the help we can get.

Watermelons contain an ingredient called citrulline that can trigger production of a compound that helps relax the body’s blood vessels, similar to what happens when a man takes Viagra, said scientists in Texas, one of the nation’s top producers of the seedless variety.

Found in the flesh and rind of watermelons, citrulline reacts with the body’s enzymes when consumed in large quantities and is changed into arginine, an amino acid that benefits the heart and the circulatory and immune systems.

“Arginine boosts nitric oxide, which relaxes blood vessels, the same basic effect that Viagra has, to treat erectile dysfunction and maybe even prevent it,” said Bhimu Patil, a researcher…

Weekend again and my FYI attempts are running hot and cold today….I got some pretty cool stuff and one that needs an explanation….

First, there is a debate going on among space geeks that Pluto has a massive ocean under the ice and maybe even life….

According to new research, the frozen dwarf planet Pluto may have started its life as a hot world with a massive underground ocean of liquid water — suggesting, tantalizingly, that it could have harbored life.

Until now, Pluto was widely believed to be a giant boulder of ice, shielded from the Sun’s radiation thanks to the sheer distance from its star. But new evidence, scientists say, suggests that it once had a liquid ocean — and that it may still be there, under its frozen surface.

“Even in this cold environment so far from the Sun, all these worlds might have formed fast and hot, with liquid oceans,” Carver Bierson, UC Santa Cruz graduate student and first author of a new paper about the work published Monday in the journal Nature Geoscience, said in a statement.

That is pretty cool considering that Pluto is billions of miles from the heat source, the Sun……

Remember New Horizons space probe?  Not to worry few will remember it…….

An extremely-distant NASA spacecraft is giving us the ability to look at the universe from a new perspective.

New Horizons is a NASA probe that was launched in the beginning of 2006. Since then, Popular Science reports, it’s traveled 4.2 billion miles from Earth. It’s so far away that when it looks out at the sky, nearby stars appear to be in different places than they do when seen from Earth.

New Horizons captured images of two nearby stars, Proxima Centauri and Wolf 359, in April. Precise instruments measure the position of distant stars relying on slight shifts in perception called parallax, Popular Science reports. But this is the first time that such a shift is visible to the eye.

The United States “must be capable of winning wars that extend into space,” asserts a just-released “Defense Space Strategy” report. It is the first space strategy document issued by the U.S. since President Donald Trump, after declaring that the U.S. must achieve “dominance in space,” signed a measure this past December authorizing establishment of a Space Force.

“The Department of Defense is embarking on the most significant transformation in the history of the U.S. national security space program,” the report says. “Space is now a distinct warfighting domain, demanding enterprise-wide-changes to polices, strategies, operations, investments, capabilities, and expertise for a new strategic environment.”

Masters of Space: Deep Space Strategy in the Age of Trump

Finally we go to Merry Old England…well in this case Scotland sorry for the error.  Maybe my friends in the UK can shed some light on this hoax?

People think a tourist’s incredible photographs have captured the Loch Ness Monster with some claiming it is ‘the best picture ever’ of all the sightings.

Steve Challice, from Southampton, photographed a creature from the shore opposite to Urquhart Castle on the banks of the Lock Ness when on holiday in Scotland.

Steve said he saw a ripple in the water and assumed it was a big fish that he estimated was eight feet long.

There you have it…nothing you can actually use but maybe a little entertaining…..

I know I said there was no pandemic news….but I just had to share this cartoon….. 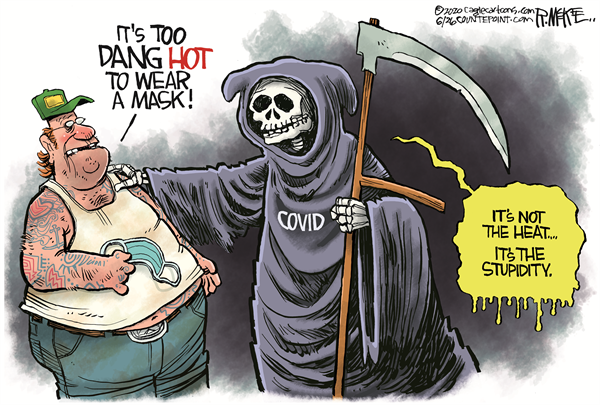 And this one as well…. 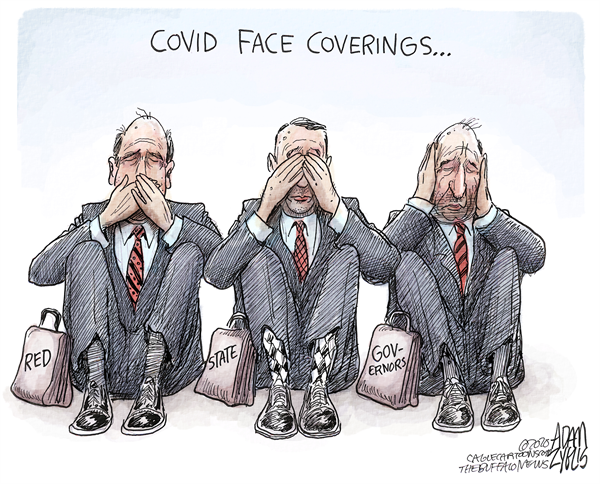 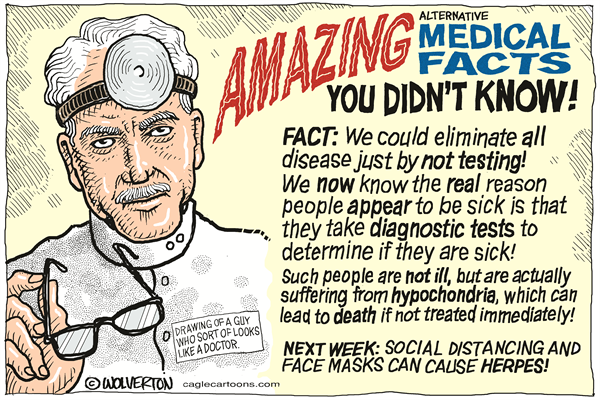 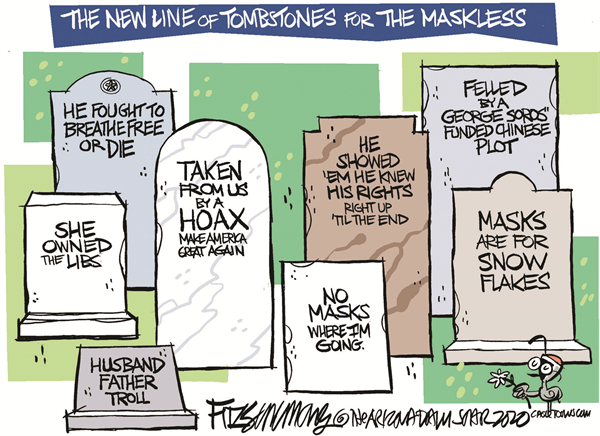