Before I begin….did I mention that I hate squirrels?

Most of my regulars know that I have a huge library of books on international relations, Politics and History….I just cannot stop buying books….the feel, the smell and the look of a book is everything.

This Saturday I thought I would post a bit on books and a bit of history as well…..

I am not a fan of fiction I prefer real life and real situations….but a couple of first about novels of the past……

So you think 50 Shades was racy?

Researchers have discovered a long-lost version of a medieval romance “novel” containing a sex scene too steamy for even modern publishers.

The French poem, “Le Roman de la Rose” (The Romance of the Rose), tells the story of a courtier wooing a woman — the poems titular “rose.” It was the “Twilight” of its day, a crowd-pleasing romance that was reproduced again and again.

“‘Le Roman de la Rose’ really was the blockbuster of its day,” Marianne Ailes, a medievalist at the University of Bristol in the U.K. who identified the new fragments of the manuscript, said in a statement. “We know how popular it was from the number of surviving manuscripts and fragments, a picture our fragment adds to, and from the number of allusions to the text in other medieval writings.”

Then the discovery of what some say is the very first novel…..

The chest was opened. And suddenly, a chapter has been added to the oldest known version of what’s considered to be the world’s first novel. The original manuscript of the Tale of Genji—telling of the political and romantic life of Genji, the son of an ancient Japanese emperor—was completed around 1010 by a woman named by scholars as Murasaki Shikibu, but subsequently lost to history. Indeed, the oldest written copy known to researchers, transcribed by the poet Teika before his death in 1241, includes just four chapters of the 54-chapter story. Well, now five chapters, counting the 800-year-old pages just discovered in a house in Tokyo, per the Guardian. It seems ancestors of the home owner, descended from a feudal lord, had been quietly keeping Teika’s transcription of the fifth chapter of the Japanese epic since 1743.

In April, 72-year-old Motofuyu Okochi of the Mikawa-Yoshida feudal domain opened the chest used to store the chapter, allowing officials at cultural heritage foundation Reizeike Shiguretei Bunko to have a peek. They say it’s an authentic manuscript, roughly 5.5 inches wide by 8.5 inches long, with handwriting and a blue cover that perfectly matches Teika’s other chapters, which are registered as “national important cultural properties,” per Asahi Shimbun. Kyoto University professor Junko Yamamoto tells the outlet it’s a “very significant” find since research on the fifth chapter, which depicts Genji meeting his future wife, has been based on manuscripts completed 250 years after Teika’s version.

I have about 1500 books in my library….most of them I had to replace after Katrina for many got ruined with water damage……but I read about a new way to protect your books….

“For him that stealeth, or borroweth and returneth not, this book from its owner, let it change into a serpent in his hand & rend him. Let him be struck with palsy & all his members blasted. Let him languish in pain crying aloud for mercy, & let there be no surcease to his agony till he sing in dissolution. Let bookworms gnaw his entrails in token of the Worm that dieth not, & when at last he goeth to his final punishment, let the flames of Hell consume him for ever.”

What can I say after the destruction of Katrina I will try anything to protect my books…..

Have a great Saturday and enjoy family….be well be safe

Whether you believe in climate change or not….there is one thing that cannot be ignored…..those greenhouse gases and those that produce them…….

Actually, it’s not “for some reason” that people are confused. There’s a very obvious reason. There is a very well-funded, well-orchestrated climate change-denial movement, one funded by powerful people with very deep pockets. In a new and incredibly thorough study, Drexel University sociologist Robert Brulle took a deep dive into the financial structure of the climate deniers, to see who is holding the purse strings.

According to Brulle’s research, the 91 think tanks and advocacy organizations and trade associations that make up the American climate denial industry pull down just shy of a billion dollars each year, money used to lobby or sway public opinion on climate change and other issues.

https://www.smithsonianmag.com/smart-news/meet-the-money-behind-the-climate-denial-movement-180948204/
What about the companies behind those gases? 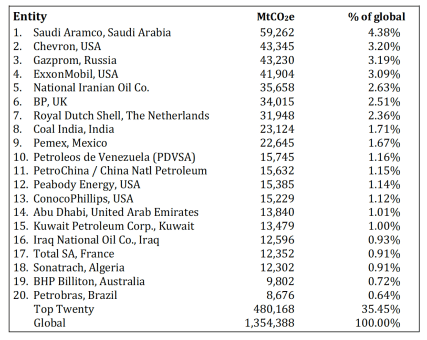 https://www.zmescience.com/science/twenty-companies-emissions-09102019/
I will bet there is one consequence of climate change that you had not considered….Bigfoot.

For more than six decades, Loren Coleman has dedicated his life to Sasquatch. Since beginning his investigatory fieldwork in 1960, he’s written books, given talks, and taught university courses related to the concept of Bigfoot and other cryptids — the accepted term for animals which straddle the borders between the documented, the imagined, and the forged. In 2003, he founded the International Cryptozoology Museum in Portland, Maine, a federal nonprofit dedicated to educating visitors on the creatures.

Coleman and those like him don’t restrict cryptozoology to the more dramatic examples such as the Sasquatch or Chupacabra; they use the term to encompass the search for any previously undocumented or rumored animals based on regional sightings, folklore, and found evidence. “Because we’re involved in cryptozoology, we’re very forcefully of the opinion that there’s more animals out there, and that there are unknown species being discovered every day,” he told me over the phone from his house in Maine.

The climate change protests were endorsed by over 400 scientists……

In a joint declaration, climate scientists, physicists, biologists, engineers and others from at least 20 countries broke with the caution traditionally associated with academia to side with peaceful protesters courting arrest from Amsterdam to Melbourne.

Wearing white laboratory coats to symbolize their research credentials, a group of about 20 of the signatories gathered on Saturday to read out the text outside London’s century-old Science Museum in the city’s upmarket Kensington district.

Temperatures in Qatar – one of the hottest places on Earth – have risen so much that authorities have installed air conditioning in the open air including in streets and outdoor markets.

The country, where summer temperatures now reach up to 46C, has already started air-conditioning its football stadiums in preparation for the World Cup in 2022 – itself delayed because of the extreme heat.

Giant coolers have also been installed along pavements and even in outdoor shopping malls so a cool breeze allows life to go on as before.

There you have all the news around the subject of climate change….use the info wisely.

MoMo and I need to deal with the thieving squirrels….. 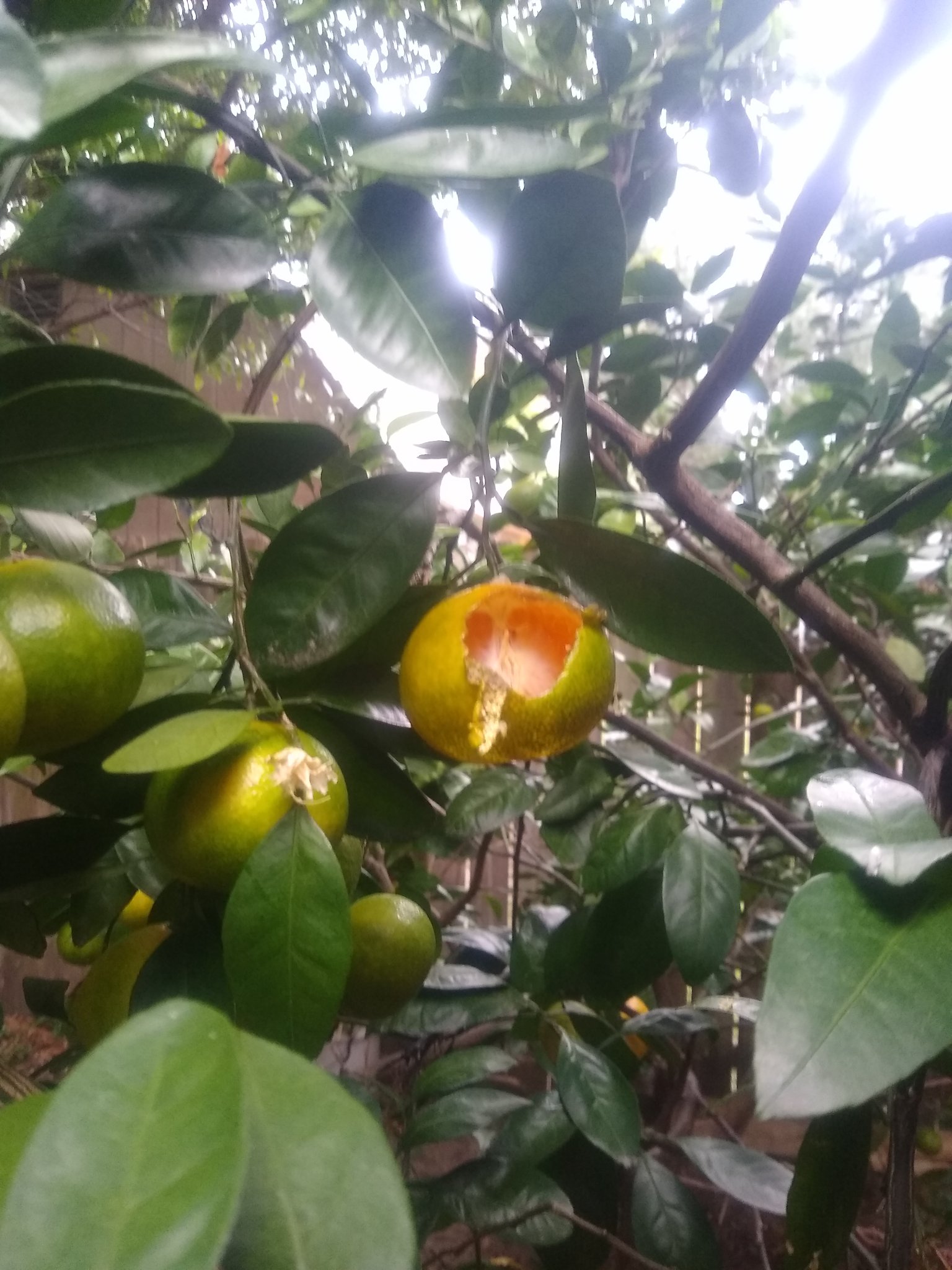