The US has the F-35 as an embarrassing moment and now the UK has one to call their very own…..

It’s an egg-on-your-face story out of Britain, where the $4 billion spent on a new aircraft carrier was apparently not enough to eliminate all leaks. The BBC reports the HMS Queen Elizabeth was found to be taking on as much as 50 gallons of water an hour due to a faulty shaft seal. The Royal Navy ship was commissioned in early December, and the issue surfaced during sea trials. Though the BBC’s defense correspondent calls it a “highly embarrassing” development, the repair will not delay the sea trials schedule, says a rep for the Royal Navy, which believes the repair can occur while the ship is in the water.

Though one naval officer allows that it’s an embarrassing development, “in reality [it’s] no big deal. You expect to take some water in when you’re operating a warship at sea.” The Press Association describes the aircraft carrier, the first of a new generation of them for the UK, as “the biggest and most powerful” the country has built; it’s expected to have a 50-year working life. The Telegraph has the defense secretary’s characterization of the ship: “the most magnificent aircraft carrier in the world. …

Buy a cork and move on……

Time to shut IST down for the day…..see you guys tomorrow….chuq

We have a hit squad on the environment, we have the rich doing a jig because they will get richer, we have an assault on education, health care will be denied to most Americans soon….all in all a total assault on society as we know it and there is an inexcusable thing happening…..

Most of us have heard the stories of the mistreatment of the elderly in some nursing homes….and most of us think it is disgusting…..but now it appears that our Fearless leader has given nursing homes a pass on how they treat the elderly…..

A nursing home can abuse an elderly resident to the point of death and not be subject to a fine, thanks to the Trump administration.

Reacting to the demands of lobbyists, the Trump administration has struck down several regulations that have governed the nursing home industry. The New York Times reports that this now means several common citations that used to result in fines will either see reduced penalties or no penalties at all.

At every turn Trump keeps making this country into a third world nation for most of us…..this is inexcusable….the elderly deserve more respect than this president wants to give them.

We have effectively (arguable point) been at war with terrorism for almost 17 years….we have seen AQ slink away into the shadows and ISIS is all but a thing of the past….so can we say that we are close to winning the war on terror?  Not even close and if it were not so sad it would be a laughable premise……

There’s a playbook for committing atrocities and being absolved of them. It wasn’t written by George W Bush, now a retired painter of dogs in the US state of Texas, but it was popularised and legitimised by his administration at the dawn of the 21st century. And the world today, with its multiple bloody wars on terror fought by allies and foes of Washington alike, sometimes begrudgingly together, reflects this bequeathment.

Terrorism is a useful foe. Wars against it need not be declared, and combatants need not be defined. Traditional warfare, with a uniformed opponent, brings with it the not always avoidable bureaucracy of international law; lawyers saying you can’t shoot this or that. No conflict is outside the law, at least on paper. However, an amorphous tactic can’t file a petition at The Hague, and when every power of note is on the same page with respect to the need to kill shadowy non-state actors, extrajudicially, it’s smart statecraft to adopt the rubric of the war on terror, with modern flourishes.

If national-security reporters are ever replaced by robots writing boilerplate stories, blame it on the fact that U.S. military policy has become so predictable and repetitive.

“The Central Intelligence Agency is building a secret air base in the Middle East to serve as a launching pad for strikes in Yemen using armed drones. . . . The construction of the base is a sign that the Obama administration is planning an extended war in Yemen against an affiliate of Al Qaeda. . . . The clandestine American operations in Yemen are currently being run by the military’s Joint Special Operations Command.”

This War on Terror will be a complete failure like the War on Drugs…..the only thing that it is capable of doing is siphoning funds away from needed programs to keep fueling their failed efforts.

And thanx to Fearless Fosdick and his latest announcement he has just made it even more dangerous for this country worldwide.

This is what we get for electing a mental midget with a ego problem.

I have written a lot about the situation with Palestine in the past…..with good reason….when I was working in the Middle East I had an associate that was Palestinian, Rafiq, and when I was doing research on the West Bank I was summoned by the Israeli authorities for questioning….I ignored the summons and was told I was to be arrested….Rafiq’s family hide me until I could get away across the border to Jordan.  I owe the family.

I am sure that most Americans are aware of the protest going on in the Occupied Territories simply because Trump’s decision to recognize Jerusalem as the capital of Israel…a lame ass move.

There have been many arrests some have been children…like this brave young lady…Ahed al-Tamimi…..

Ahed Tamimi was just 14 when she rose to international prominence through the release of a video and a series of photos capturing her desperate attempts to save her 11-year-old brother, Mohammad, from the grips of an Israeli soldier in 2015.

Many Israelis threatened me on social media after the video was released, demanding that I be detained or even killed,” 16-year-old Ahed told Al Jazeera from her family’s home in the village of Nabi Saleh, where the distinct, red-tiled roofs of illegal Israeli settlement housing dot the adjacent hilltop. “The harassment handcuffed my life. I was scared to even go outside or visit my friends.” 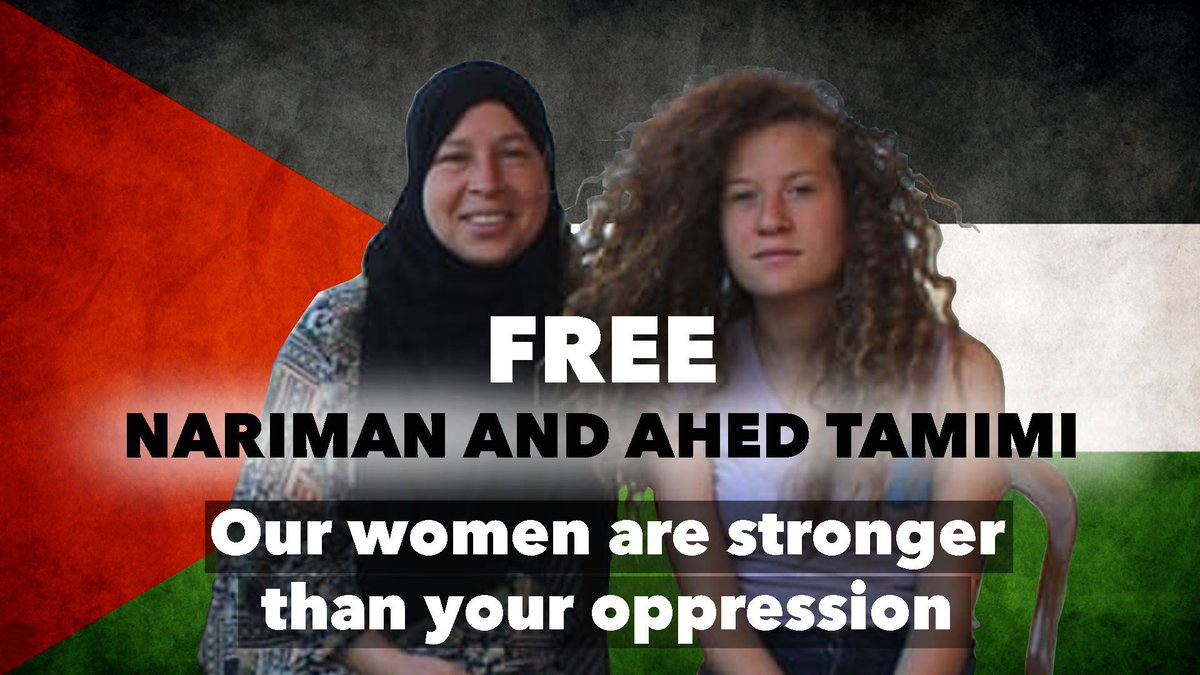 Hers is not a unique story….sadly it is all too familiar….

Fawzi al-Junaidi, 16, will be taken for sentencing in Israel’s military court on Monday, after being held for more than a week in Israeli detention.

Junaidi was detained during clashes that erupted in the occupied West Bank city of Hebron on Dec. 7, the day after U.S. President Donald Trump announced the U.S. would recognize Jerusalem as the capital of Israel.

His arrest has gone viral……

Then IDF had to go a killed a wheel chair bound Palestinian protester and his death has gone viral…..

One of the men killed was Ibrahim Abu Thuraya, a wheel chair-bound 29-year-old who was a regular presence during Palestinian protests against Israel. Thuraya has spoken to the media regularly in recent years, and claimed he had lost both his legs in a 2008 Israeli missile strike in Gaza.

The IDF had an investigation and found no one guilty for the shot….(does that sound at all familiar?)….these Palestinians are becoming the face of civil disobedience against Israel…. 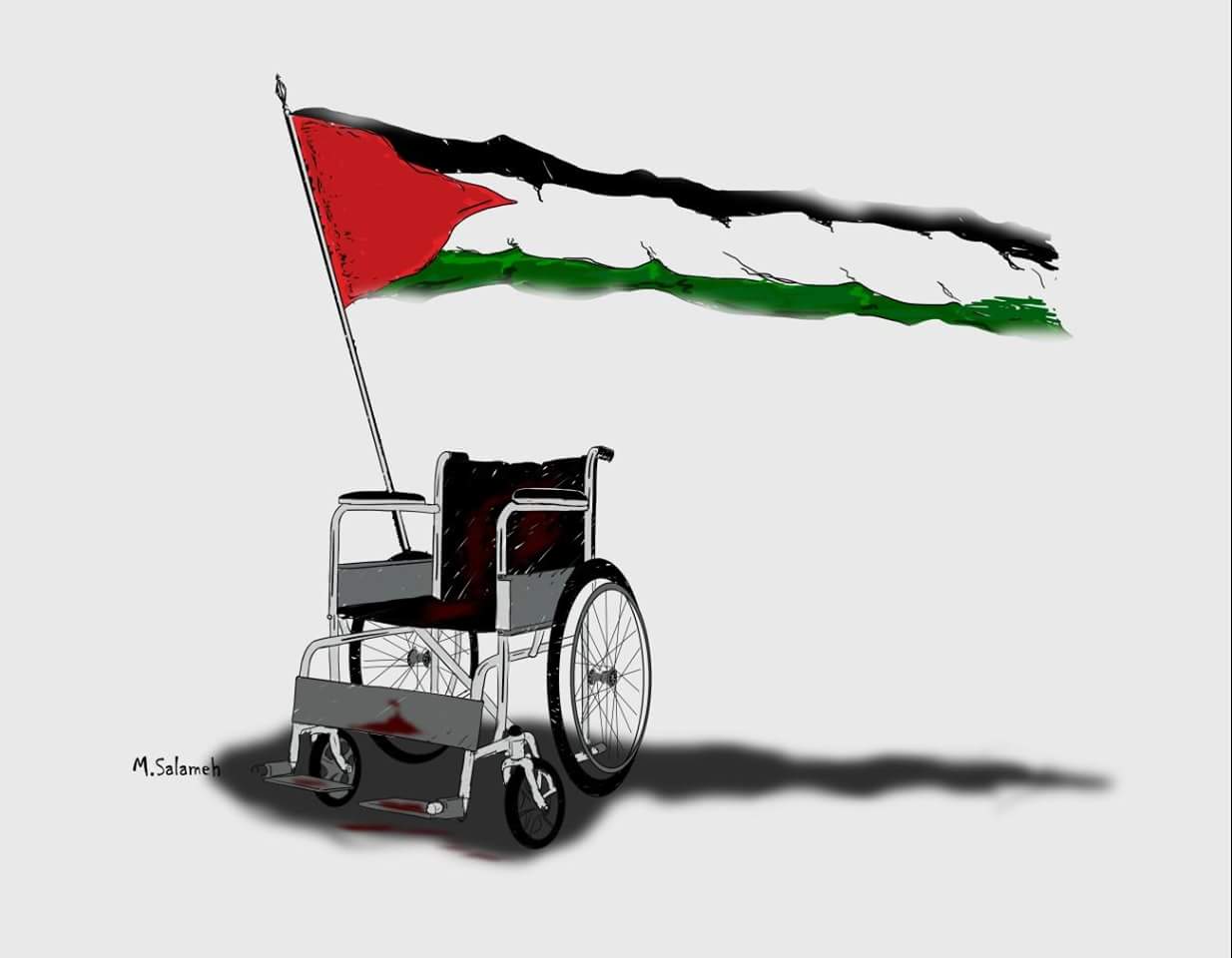