The news is that our climate has made bears come out of hibernation a month too early…..

“Rising temperatures are affecting ecosystems and wildlife across the globe — even causing some bears to come out of hibernation early. Connecticut’s Beardsley Zoo reports that this year it has seen an emergence of its native black bears in early March — almost a month earlier than usual. … This could lead hungry bears into confrontations with humans as they desperately search for something to eat.” Photo credit: Mark Levisay / Flickr (CC BY 2.0)

Weeks ahead of schedule……my fruit trees are in bloom…..

With luck we will have a great fruit crop this year.

The smells of Spring is just amazing….sorry I do not have smell-a-vision.

The one thing that sucks is having to use the A/C in March when early May is about the norm.

Let’s get down to business…..

This article is one that really got my attention……one of my favorite books is Fahrenheit 451…….in one case you need permission to read a book about censorship….

Fahrenheit 451, Ray Bradbury’s popular dystopian novel about book censorship, was written as a response to the paranoid political climate of the McCarthy era. But its message is apparently just as relevant in modern times as when it was first published back in 1953. Some students are still not allowed to read the book without a permission slip from their parents.

Daniel Radosh, a dad and a writer at The Daily Show, was asked to sign a note to permit his son to read the classic novel for his school book club. Apparently over the years parents have been concerned by the light swearing contained in the book (like “hell” and “damn”) and the depictions of Bible burning. But the irony of parents trying to censor a book about book censorship was not lost on Mr. Radosh.

We are now being bombarded by so many “plant based” products….how about something for all of us?

Meat companies are making it easier for you to eat your vegetables by blending them into burgers, meatballs, and sausages, reports the AP. Applegate is introducing a line of meat-and-veggie burgers and meatballs at grocery stores next month. Tyson Foods is already selling a beef-and-pea protein patty, as well as blended sausages. Perdue Farms has chicken-and-vegetable nuggets, while the Better Meat Co., a California startup, makes blended ground beef, pork, and chicken. All are hoping to quell consumers’ growing misgivings about meat and its impact on health and the environment. Companies like Tyson have already jumped into pure plant-based products, like its Raised and Rooted pea protein-based nuggets that imitate chicken. That competes squarely with startups like Beyond Meat and Impossible Foods, which sell plant-based burgers that closely imitate meat.

Okay this article shows just how ignorant this world has become…..

In times of a viral outbreak, why not make a viral video? That was the thought process of TikTok user Ava Louise, who once appeared on Dr. Phil’s show as a rebellious teen and confessed, “I want to have purpose and meaning.” The self-proclaimed Instagram influencer tried to give herself just that by making a TikTok video showing her licking an airplane toilet seat, with the words “coronavirus challenge” overlaying the clip. “Please RT this so people can know how to properly be sanitary on the airplane,” Louise posted. As of Wednesday, the video had more than 460,000 views on Twitter. Per Louise herself, she’d hoped the TikTok would catch on. “I’m looking for a record deal and a reality show about my messy life,” she tells People, which notes she’d posted inflammatory tweets about the virus previously, including one that read “coronavirus is for poor people and poor people only.”

Many weren’t happy with Louise’s stunt. “Put her ass in jail!” tweeted The View‘s Meghan McCain—to which Louise responded with an Instagram post showing her posing in a bikini, noting, “Meghan McCain could NEVER.” Business Insider—which notes Louise said she created the video to “trick boomers into giving her attention,” thanking media outlets for calling attention to it all—reports on a follow-up video by Louise that went up after the TikTok. In it, the 21-year-old, who says she’s a public relations major at Rutgers University, drinks a White Claw and reads from a scripted response, per Heavy.com. “You’re all so f—king stupid,” she says. “There’s a reason coronavirus is taking out people over 50, because you’re all idiots who ruined our country … Darwinism’s doing its job by knocking you out with this virus.” Response from the internet? “I’m sure her parents are proud,” tweets one observer.

This type of crap makes the idiots in the movie “Idiocracy” look like geniuses….

And now for the important stuff…..

I have been told that it is time for that walk I promised an hour ago….. 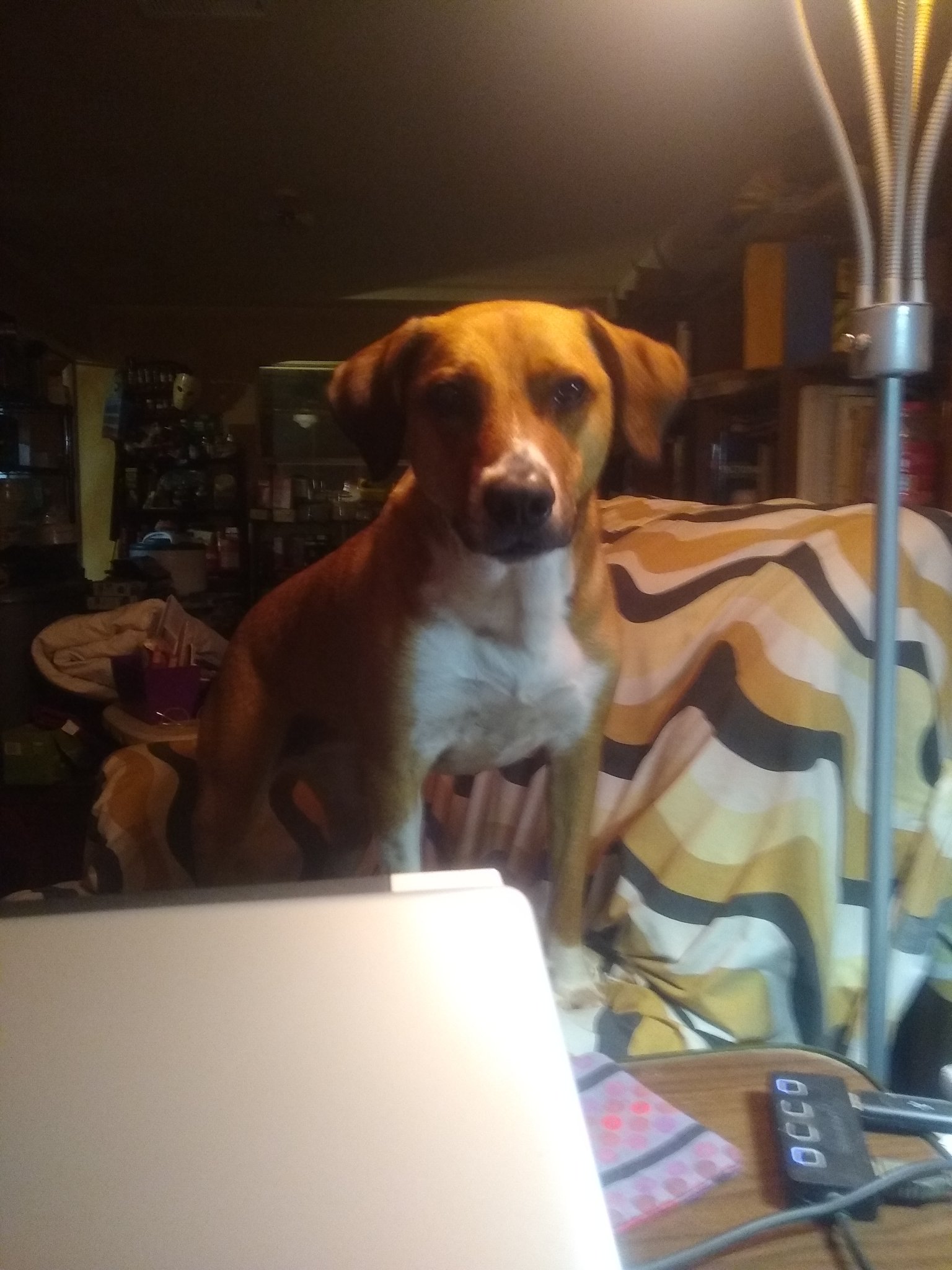 This is something that will not instill confidence in our supposed leader in this time of fear and confusion….

Please watch this short video and then you tell me if all is well in DC…….

I am sorry but time for someone to step up and take control of this situation for the person in charge is not capable.
“lego ergo scribo”

I will take a break from my traditional postings on the weekends to help my readers understand the confusion info they are being fed daily…..hopefully I can help.

In one of his daily babbles the President made reference to the Defense Protection Act……and now we need to know just what that means to the nation and its fight against a fast paced virus.

Section 708 of the Act requires the Commission and the Department of Justice to participate in developing, implementing, monitoring, and reporting on voluntary agreements among industry members, pursuant to federal determination of need and federal oversight, that are aimed at solving production and distribution problems impairing national defense preparedness (such as a voluntary agreement to make ships, services, and facilities available to the Department of Defense in case of military emergency). The Act establishes a limited antitrust exemption for such voluntary agreements.

The president has taken the action needed…..

The president invoked the Defense Production Act to get needed medical supplies such as ventilators and masks on the front lines, per the AP. Trump had said earlier in the week he would tap the 1950 act as needed, and on Friday he put that “in gear.” Essentially, he can marshal the private sector to help fight the pandemic. Senate Democratic Leader Chuck Schumer said he implored Trump during a phone call Friday to invoke the act immediately. The president told Schumer he would, then could be heard on the telephone making the order.

President Trump on Tuesday invoked the Defense Production Act, a wartime authority that allows him to direct industry to produce critical equipment, to confront the spiraling crisis over coronavirus pandemic.

The act was established in 1950 during the Korean War following war powers legislation used during World War II to direct private industry to produce weapons, vehicles and other materiel for war. At that time, automakers in Detroit, for instance, shifted production from automobiles to tanks.

The act gives the president a broad set of authorities to influence private companies for national defense, according to the Congressional Research Service. In 2009, Congress amended the act to include domestic preparedness and national emergency response efforts.

“The Defense Production Act permits the president to push national security items to the front of the line, rather than following items that were previously ordered,” said Loren Thompson, a defense industry consultant and military expert at the Lexington Institute. “It exists to speed up urgently needed items.”

Remember in 1941 the US turns auto makers into airplane makers almost overnight……then why in an age of great technology why cannot that type of emergency work be accomplished again?

Will this help the situation?  Or could it be too little too late?