More notes than posts….this virus thing has made notes useless these days…..so those notes were not taken in vain…….

One of those rovers we have investigating Mars has been broken for awhile…..but NASA has come up with a unique solution…..

NASA’s InSight lander, which is currently on the surface of Mars, has faced some unexpected problems during its mission to explore and study the planet.

Namely, a digging probe that was built to burrow beneath the surface like a jackhammer got stuck because Mars’ soil is clumpier than scientists expected, Popular Science reports.

After a few failed attempts to get it out, NASA had to get a bit creative. Ultimately, it freed the probe up by giving it a solid thwack with InSight’s shovel.

The US has a really weak Broadband system…..and this pandemic has exposed the problems…..

In the face of the coronavirus outbreak, students and workers alike are staying home and doing what they can remotely. But in America, many regions don’t have affordable or high quality broadband service, if they have it at all.

The result is that many are finding themselves cut off at a time when access to new information about the coronavirus is crucial, CNET reports. The problem is bringing to light critical societal inequalities that could have a serious impact on kids’ access to an education.

A story about a virus challenge for You Tubers…..remember the ice bucket challenge?……Or the teaspoon of cinnamon challenge?  This is far worse and far more ignorant.

In times of a viral outbreak, why not make a viral video? That was the thought process of TikTok user Ava Louise, who once appeared on Dr. Phil’s show as a rebellious teen and confessed, “I want to have purpose and meaning.” The self-proclaimed Instagram influencer tried to give herself just that by making a TikTok video showing her licking an airplane toilet seat, with the words “coronavirus challenge” overlaying the clip. “Please RT this so people can know how to properly be sanitary on the airplane,” Louise posted. As of Wednesday, the video had more than 460,000 views on Twitter. Per Louise herself, she’d hoped the TikTok would catch on. “I’m looking for a record deal and a reality show about my messy life,” she tells People, which notes she’d posted inflammatory tweets about the virus previously, including one that read “coronavirus is for poor people and poor people only.”

Many weren’t happy with Louise’s stunt. “Put her ass in jail!” tweeted The View‘s Meghan McCain—to which Louise responded with an Instagram post showing her posing in a bikini, noting, “Meghan McCain could NEVER.” Business Insider—which notes Louise said she created the video to “trick boomers into giving her attention,” thanking media outlets for calling attention to it all—reports on a follow-up video by Louise that went up after the TikTok. In it, the 21-year-old, who says she’s a public relations major at Rutgers University, drinks a White Claw and reads from a scripted response, per Heavy.com. “You’re all so f—king stupid,” she says. “There’s a reason coronavirus is taking out people over 50, because you’re all idiots who ruined our country … Darwinism’s doing its job by knocking you out with this virus.” Response from the internet? “I’m sure her parents are proud,” tweets one observer.

Social media has turned this country into a pack of stupid, ignorant morons that will do stuff that will help this society go down the toilet…..and none of the young sees just how destructive this is……until it is too late then then all they can say is…”my bad”.

I weep for this nation in the coming years. 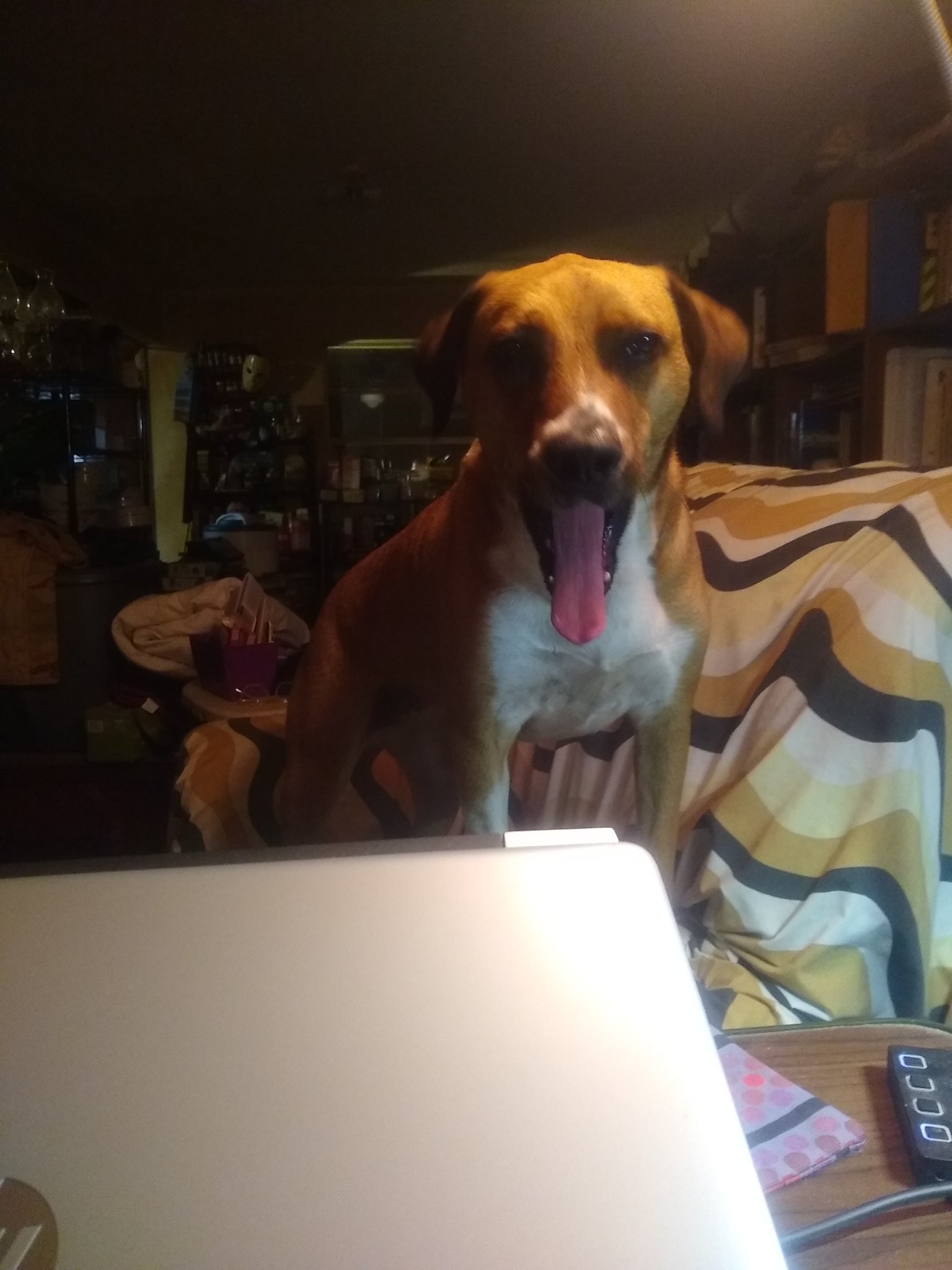 She is bored waiting….

The big news coming out of one of Trump’s pressers is that the prognosis was positive Americans that want a virus test can get it and for free.

See that is the type of news that should be made at the very beginning of this pandemic…..but late news is still good news.

That then got me to thinking…the test is free but what about the treatment once the diagnosis is positive?

Did not tke long for the information although a bit contradictory to start seeping out at a snail’s pace……and then my question gets an answer….

Thousands of people, if not millions, experts predict, will be admitted to hospitals during the pandemic. They’ll not only be facing a disease, COVID-19, but a bill—in one Massachusetts woman’s case, $34,927.43—that they might not be able to pay. “I was pretty sticker-shocked,” Danni Askini said. “I personally don’t know anybody who has that kind of money.” It took several trips to the ER before she was given a test that confirmed that she had the disease. Askini was about to start a new job and didn’t have insurance. Now that she won’t be able to start the job yet, Askini has applied for Medicaid, hoping the bill will be covered retroactively. Otherwise, she said in a tweet, “I will never be able to pay” the $35,000.

Here’s a thought….those profits the Senators made from inside trading be confiscated and put into a fund to help people struggling to pay for their health care.

You guys have any thoughts?

Time for our secret walk…….

Please everyone be well and safe……

Sad news the lead singer in the 1960s group First Edition has passed away…you may know his as “The Gambler” or maybe better as Kenny Rogers.

Actor-singer Kenny Rogers, the Grammy-winning balladeer who spanned jazz, folk, country, and pop with hits like “Lucille,” “Lady,” and “Islands in the Stream” and embraced his persona as “The Gambler” died Friday night. He was 81. He died at home in Sandy Springs, Ga., his representative tells the AP, adding that Rogers was under hospice care and died of natural causes. The Houston-born performer with the husky voice and silver beard sold tens of millions of records, won three Grammys, and was the star of TV movies based on “The Gambler” and other songs, making him a superstar in the ’70s and ’80s. Rogers thrived for some 60 years before he retired from touring in 2017 at age 79. Despite his crossover success, he always preferred to be thought of as a country singer. Rogers was a five-time CMA Award winner and was inducted into the Country Music Hall of Fame in 2013.

A true rags-to-riches story, Rogers was raised in public housing in Houston Heights with seven siblings. His breakthrough came when he was asked to join the New Christy Minstrels folk group in 1966, which re-formed as the First Edition. After the group broke up in 1974, Rogers started his solo career and found a big hit with the sad country ballad “Lucille” in 1977, which crossed over to the pop charts and earned Rogers his first Grammy. Suddenly a star, Rogers added hit after hit for more than a decade. “The Gambler,” the Grammy-winning story song, came out in 1978 and became his signature song, spawning a hit TV movie of the same name and several sequels. Over the years, Rogers worked often with female duet partners, most memorably Dolly Parton, with whom he performed “Islands in the Stream.” Rogers’ family is planning a private service “out of concern for the national COVID-19 emergency,” per a statement. A public memorial will be held at a later date.

May he Rest In Peace……

Please enjoy Kenny from the past….

Please enjoy your day……be well and be safe….