I leave you today with the music that I enjoy my days in the military…..

4 hours of great music…..put it on and relax…

Have a great day……and take a moment to remember our veterans and their families…..Thank you.

A large Thank you to all veterans……

This is a “press” of my post about my time in the US Army and Vietnam…..I try to let my former unit get some much deserved exposure…..for their story has been lost in the narrative of the Rangers…..

We Vietnam vets are slowly dying out and their narrative will be lost along with the heroes of the Korean War…..so I will take every opportunity to let my readers know about the vets of my era…….

Please take some time and watch their story….I am proud that I was a LRRP in Vietnam……

Today we honor our veterans from our wars……this will be my last post of the day….as a Vietnam Vet I am taking the day to remember fallen friends and reflect on life and liberty…

Thanx for your time and I hope you learned something about this unsung unit….

Have a great day…..take a minute and say a prayer for our troops and our veterans…thank you!

Today is Veterans Day…..we need to spend some time honoring those that gave their all for this country.

My regulars know that as a vet myself I am appalled at the treatment that our veterans are receiving from the country and the government.  Yes we hold them up as some sort of hero and then turn our backs on them as soon as the cameras are off….

They say that you can tell what kind of a country it is by the way they treat their veterans…..if that is true then this country is pathetic!

Since the government, all branches, have abandoned the vets it is time for them to act in their own behalf….

There has been a time when vets did what they had to do to get the government off their asses and to actually do something on their behalf…….the year is 1932…Washington D.C…….(and here is that historical perspective that has been missing)……

Six years after the end of World War I Congress enacted a bill that would reward veterans of the conflict a cash bonus for their service. However, the legislation stipulated that the veterans would not collect their bonus until 1945.

This delayed gratification was acceptable to the World War I veterans during the prosperous ’20s but the onslaught of the Great Depression changed their attitude. Out of work, destitute, and with families to feed, the veterans organized a march on Washington in May of 1932 to force Congress to immediately pay their bonus. An estimated 15,000 made their way to the nation’s capital and dubbed themselves the “Bonus Expeditionary Force.”

Using scrap wood, iron and any other loose materials they could find, the veterans set up ramshackle camps throughout the city. The largest housed an estimated 10,000 people. They waited in vain for Congress to act. On June 17 the Senate voted against the House-passed bill that would have given the Bonus Marchers immediate payment of their benefit.

Having no other place to go, the majority of the Bonus Army remained encamped in the city, despite the fact that Congress had adjourned for the summer. Finally, President Hoover ordered the Army to forcibly remove the veterans. On July 28 a force of tanks and cavalry under the command of General Douglas MacArthur stormed the camps and drove the veterans out. Their makeshift houses were then set ablaze.

Veterans stood up for themselves after the promises of the past went unfulfilled (sound familiar?)

Army Chief of Staff and Major General Douglas MacArthur watched a brigade of steel-helmeted soldiers precisely align themselves in a straight four-column phalanx, bayonets affixed to rifles. He nodded his head in satisfaction. Discipline was wonderful. Up ahead, Major George Patton kicked his heels against his mount, and the big horse reared forward to signal a line of cavalry. The riders drew their sabers, and the animals stepped out in unison, hoofs smacking loudly on the street. Five Renault tanks lurched behind. Seven-ton relics from World War I and presumably just for show, the old machines nonetheless left little doubt as to the seriousness of the moment. On cue, at about 4:30 p.m. on July 28, 1932, the infantry began a slow, steady march forward. Completing the surreal atmosphere, a machine gun unit unlimbered, and its crew busily set up.

This was no parade, although hundreds of curious office workers had interrupted their daily routines to crowd the sidewalk or hang out of windows along Pennsylvania Avenue between the White House and the Capitol to see what would happen. Up ahead, a group of weary civilians, many dressed in rags and ill-fitting, faded uniforms, waited in anticipation amid their sorry camp of tents and structures made from clapboard and sheets of tin covered in tar paper. Some loitered in the street. They had heard something was afoot — expected it after what happened earlier. Now, a murmur rose from the camp crowd. Upon seeing the Army’s menacing approach, they were momentarily stunned, disbelieving.

These men set aside their politics and came together…..they showed the same respect to the government that had been shown to them…..very little.

Time for our modern day vets to ban together and invade DC and demand action on their behalf….they have had enough talk and bullshit….time to force politicians to show their true face…….time for action for action is…..NOW!

What say today we take a break from the shock and awe of the election?

First, in World War 2 there were many special units that are celebrated….the UK’s SAS and commandos….the US had the Marines and the workhouse such as the Big Red One….1st infantry division…..but there is one “special” unit that gets very little acknowledgement….the 1st Special Services Force, the Black Devils……

The volunteers for the 1800-man force consisted primarily of enlisted men recruited by advertising at Army posts, stating that preference was to be given to men previously employed as lumberjacks, forest rangers, hunters, game wardens, and
the like. The 1st Special Service Force was officially activated on July 20, 1942 under the command of Lt. Colonel Robert T. Frederick. Much feared for their  fighting prowess, the monicker “The Black Devils” was adopted after the discovery of the personal diary of a German officer referring to “die schwarzen Teufeln (the Black Devils).”[citation needed] With blackened faces, small units would often overwhelm German defenders without firing a shot, and then disappear into the night.

Force members received rigorous and intensive training in stealth tactics; hand-to-hand combat; the use of explosives for demolition; parachuting; amphibious warfare; rock-climbing; mountain warfare, and as ski troops. From the outset, the 1st Special Service Force was armed with a variety of non-standard or limited-issue weapons, such as the M1941 Johnson machine gun.[1] The Johnson
LMG in particular helped greatly increase the firepower of the unit and was highly regarded by those who used it in combat. Frederick himself participated in the design of a fighting knife made exclusively for the Force called the V-42 combat knife, a derivative of the Fairbairn-Sykes fighting knife.

These men braved some of the worse conditions of nay of our troops and they came out on top….pulling off some seemingly impossible tasks…..

This is an informative video on the unit….it is lengthy but well worth the time to learn oif these brave men…please take some time….. 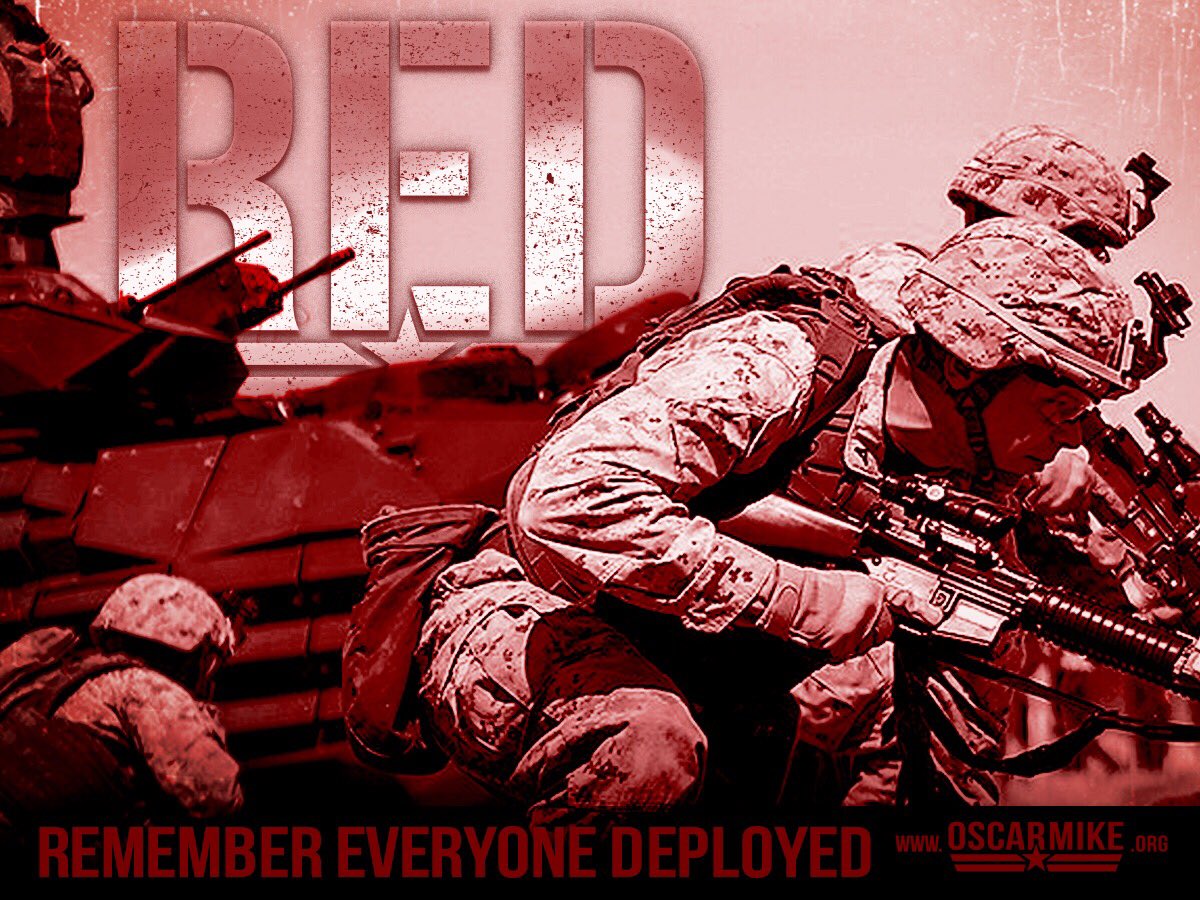 great poetic voice has been silenced…..

Sad night in the music world: Leonard Cohen has died at age 82, according to an announcement on his Facebook page. “We have lost one of music’s most revered and prolific visionaries,” it reads. A tribute at Rolling Stone agrees with that sentiment, saying that only Bob Dylan has had a greater influence among the classic songwriters to emerge from the 1960s and ’70s: “Cohen’s haunting bass voice, nylon-stringed guitar patterns, Greek-chorus backing vocals shaped evocative songs that dealt with love and hate, sex and spirituality, war and peace, ecstasy and depression.” One of his most covered songs is “Hallelujah.” No details about the cause of death were released.