I have never heard 9 more terrifying words uttered.  It sent a shiver up my spine.

These words were spoken by candidate Hillary Clinton when asked what job would she have for her husband if she is elected…..

Democratic presidential front-runner Hillary Clinton is beginning to hint at what role her husband, former President Bill Clinton, could have in her administration if elected president.

At a campaign stop in Fort Mitchell, Ky., Clinton said her husband would be “in charge of revitalizing the economy.”

Clinton said something similar at a campaign event in early May, saying she would bring him out of retirement to create jobs.

“He’s got more ideas a minute than anybody I know,” Clinton said. “Gotta put people back to work and make it happen. So we’re going to give it all we’ve got, absolute full-in 100 percent effort, because I worry we won’t recognize our country if we don’t do this.”

Now I know she wants history to be kind to her hubby but I do not have to be……Bubba’s signature policy NAFTA did more to kill the US manufacturing base than any policy before and his insistence that Glass-Steagall be repelled is what let banks go batcrap crazy that caused the economic collapse in 2007.

All I can say is that she is praying that the American voter has the attention span of a gnat and that they have the memory of a puppy.

People please before you vote for Clinton do a little reading or research and see what we got with the first Clinton in office……none of it is pretty.

Please do not let it happen again. 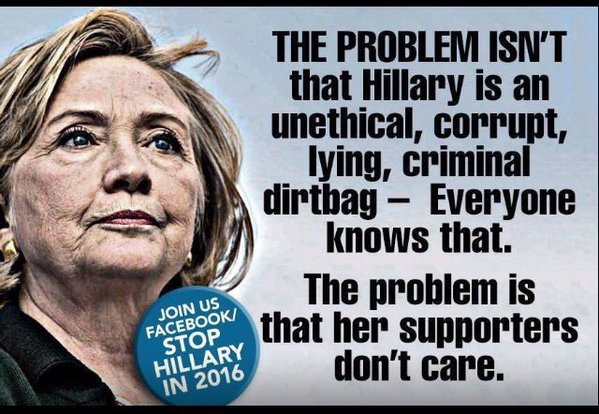 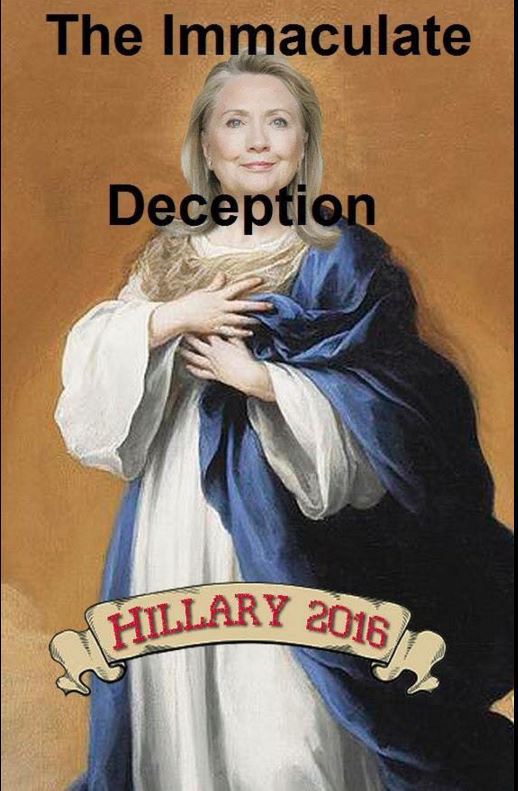 I have always been fascinated with the way Libertarians think….I will admit that some of their stuff I can get on-board with….like the non-interventionism thing……I am not so sure about their economic outlook….I seems to me that it would allow the ideology to rape the poor worker and the country…..on economics I disagree and on social I tend to agree somewhat but not totally…..

Hardcore libertarians sometimes criticize me because of my focus on the Constitution and political action at the state level to limit federal power. They argue that the American constitutional system will never bring about liberty, and that by working through government at any level, I undermine the cause of freedom.

I am sympathetic to the idea that “where government begins, your freedom ends,” and I believe some of the hardcore libertarians philosophical objections to the Constitution have merit. But to quote Murray Rothbard, “Libertarians must come to realize that parroting ultimate principles is not enough for coping with the real world.”

Does anyone have any thoughts about Libertarians?   Please do not start with the Ayn Rand stuff…..I prefer to concentrate on the ideology and not that of a the drug addict with a big mouth….thank you.

Benghazi?  You remember that tragic death of the US ambassador to Libya……and with his death a tidal wave of outrage by the GOP in Congress….knowing that Clinton was the SecDef at the time it was the perfect time to build case against her and of course the president…..and so the game began.

The Congress set about having an investigation into the attacks and the deaths…..and the game was a foot…….the Repubs and the Dems at each others throat…day after day….and after years of hearings and recriminations what has the Congress and the nation learned?

It actually is something that the Repubs would like for you NOT to know the answer…….

Two years after a special House committee started investigating the 2012 attack on an American diplomatic compound in Benghazi, Libya, the committee has yet to produce a report on its findings. But the political infighting is still going strong.

On Sunday Rep. Elijah Cummings, the ranking Democrat on the House Select Committee on Benghazi, sent a scathing letter to the committee’s Republican chairman, Rep. Trey Gowdy, complaining of “repeated, unnecessary, and ever-changing demands from the Department of Defense.” Cummings accused Republicans of ignoring statements from their own chief counsel, Lt. Gen. Dana Chipman, a retired 3-star general, who appears to think the U.S. military response on the night of the attack was appropriate.

There is another way of looking at the event……

The games our elected officials play…..and they waste your f*cking money.  Just what you elected them to do, right?

Here’s a thought….how about focusing on the bastards that may have had their fingers in the 9/11 attacks that killed more than the attack in Benghazi…..sorry….just a suggestion.

I know that there are a few of my readers that support the Donald (I believe there is a pill for that…LOL) and I would like to post something on this candidate to help people understand where he is coming from on the different policies…..

I personally, do not support his in any way but there needs to be more information on his thoughts on the different policies…..most of us know the rhetoric and the applause lines but just where does he stand on the policies that are pressing the country?

Donald Trump rode a tidal wave of populism to the Republican nomination, but a President Trump would face a different reality: major limits on executive power and a stingy Congress that would block him at most every turn.

POLITICO deployed its policy experts to study a week’s worth of Trump commentary and decipher what he’s saying, how his ideas would work and how far he could really go with positions that are unorthodox at best, and often heretical to his party’s ideology.

It is possible that Trump will have an about face and actually grasp the problems and the policies of this country…..so far his rhetoric does not bode well for the nation.

But he is having a private meeting with the GOP’s Mr. Neocon, Kissinger….will it bring him around to their way of thinking?

Cannot wait to see how Trump “apologists” (how you toads like your fave label being used against you?) have to say about this…that is if they can think that fast.  My guess is that coherence is not one of their strong suits.  Most have no original thoughts they just follow the moron with the biggest mouth…yeah that is always best for the country, huh?

I do a lot of research daily…..when I decide to write a piece I try to get as much information as I can…..it is what one must do when preparing to teach a class or write an informative article……or one could just regurgitate the mindless ramblings of “false prophets”………

“The highest form of ignorance is when you reject something you don’t know anything about.”
“Here is true immorality:  ignorance and stupidity; the devil is nothing but this. His name is Legion.”  Flaubert
“The greater the ignorance the greater the dogmatism.” (So true these days)
But my favorite quote is…..”Stupidity Is The Deliberate Cultivation of Ignorance”

I got this in a Tweet the other day….and it fits perfectly with the way I feel….. 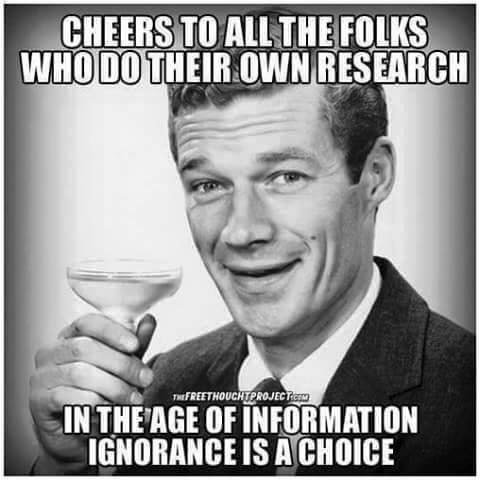 And too few wise choices are being made these days.

If the two “presumptive” nominees are the two candidates that the American people will have to choose from this November then we have a repeat of the 1964 election…….when the moderate Dem, Johnson was facing off against the extremist Repub, Goldwater….

Larry Wines: “They told me if I voted for Goldwater in 1964 that there would be racial violence in the streets and a major war in Southeast Asia. And you know what? I did, and they were right!” Goldwater-Johnson Election

The popular perception of GOP nominee Barry Goldwater as a right-wing extremist who would drop nukes in Vietnam and undo the hard-fought gains of civil rights. LBJ, the ruthless political hack with every kind of insider connection, including big money, running as “the experienced moderate” who talks diplomacy but has a record favoring military incursion.

Trump, the internationally dangerous xenophobe who threatens to use nukes and courts violence at his rallies. Hillary, the ruthless political hack with every kind of insider connection including big money, running as “the experienced moderate” who talks diplomacy but has a record favoring military incursion.

As usual I have to give that damn historical perspective…..you can curse or thank me….but you did learn something from the experience.