We have a national election coming soon……but first we must go through the mind numbing 2014 election…..we have a wealth of babbling idiots that are running for office……the sitcom will be complete very soon…..only a couple of months before we see just how stupid the American people can be.

But let’s talk about the 2016 election shall we……we are pretty sure that Hillary will run barring some disaster……the GOP has NO front runner…..they however have a wealth of idiots that want to be in charge……but so far there is NO one that we can point to and say he may have a chance against Hillary.

There have been some rumblings that Hillary needs a viable opponent to help her hone her message for the general……some have suggested that Elizabeth Warren should be that candidate……let say she does run….what does she bring to the table….

Newser) – No matter where you fall on the political spectrum, you should root for Elizabeth Warren to run for president in 2016, writes John Dickerson at Slate. She can’t win, but she can make both parties stronger with a bid against Hillary Clinton, he argues. Start with left: Liberals should encourage her because even though she’d have almost no chance of winning the primary, she might wring some promises out of Clinton. More moderate Democrats should recognize that Warren would make Clinton a better candidate, force her to “draw clear lines about what she believes,” and shape her up for the general election.

So why should conservatives want Warren to run? The primary might “expose Democrats for the socialist one-worlders they are,” writes Dickerson. But more importantly: A Warren candidacy would ensure that the central debate would be about the middle class, and as she and Clinton duke it out, that would “give conservatives a chance to offer their alternatives” to the same crucial constituency. If Warren “believes in the ideas she says she does, one of which is that the system is rigged in favor of those with money and power, a place to demonstrate her commitment to changing such arrangements would be to announce her candidacy for the highest office in the land,” writes Dickerson. Click for his full column.

Some interesting points…..would anyone like to add a thought or two?

We as a nation are still dealing with bigotry and racism…..for that I found this article that is very good read…..if you are interested in the subject then I suggest that you check out this piece……it is so sad that we are still dealing with this as a major issue…….you would think we could move past that by now…..

This is your brain on racism: Inside the mind of modern bigotry – Salon.com.

Saw this on twitter and just had to share…..it is true…I live in one of those states and we are at the bottom of the pile in just about every category…… 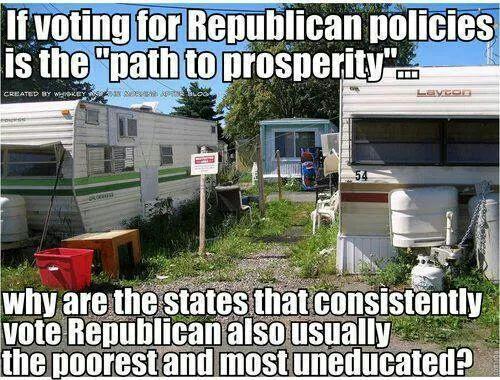 I saw this article awhile back and made me stop and think about the upcoming election……it is true….we hate Congress but most will be re-elected…..where is the logic in that?  What is it that Einstein had to say about insanity?

America prepares to reelect the Congress it loathes – The Washington Post.

From time to time I get stuff from my readers and my followers….this ‘toon was sent to me by Phil over at thevintagedecade.com via Twitter……a wise man for he is a follower and a reader…..shows extremely good taste (LOL) 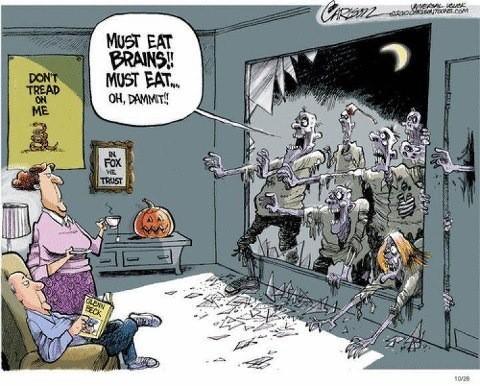 It is time to step back from the horrendous situation in the Middle East……maybe calmer heads will prevail…..but knowing both sides of the argument…..I doubt!

Every year that we have an election, and it seems to be a never ending cycle these days, we hear all about the independents…..and some times people want to talk about the centrists as the controllers of the election results……..many a pundit has tried to define who the centrists are and what they stand for…..mostly it has been pure  imagination not facts that they base their analysis on……

To me a centrists is someone who has lost confidence their chosen political party and vote against it but do not want to be labeled so they pretend that they are centrists……I recent read a piece that sort of explains the swing in centrism…….I have noticed by talking with people that “centrists” seem to be leaning toward liberalism these days…..but why?

Reporter and author Thomas Ricks has long been what he would describe as a “detached centrist.” He’s also a big fan of the free market and a strong national defense, and he’s financially comfortable as he approaches the age of 60. Conventional wisdom might suggest that he should be “drifting into a cautious conservatism” right about now, but Hicks writes in Politico Magazine that he is as surprised as anyone to find himself shifting to the left instead. Among his reasons:

You would think that a party that really would like to govern would not see these trends and adjust their thinking to seem more viable…..but the modern GOP just cannot seem to break its old habits and because they cannot….they will not rule anytime soon.

Since they cannot break their antiquated chains the voter will be looking elsewhere and with our system you know what the means……Dems will win again!