Finally someone has taken on the MSM……Israel gets lots of time and Palestinians get labeled as terrorists……yeah….fair and balanced…

Is the American media biased in favor of Israel? – Vox.

My previous post was about Rula JabreaL and her battle with MSNBC….this press is about the same network defending their action and their reporting on the Palestinian situation……

I use to respect Chris Hayes because he seemed to give both sides of an issue equal time….but after watching his handling of Ms Jabreal he is no longer on my short list of worthy reporters,.

May I suggest that if Mr. Hayes would come out from his desk and go to Gaza then maybe his opinions would be more valid….as it is now he is just an agent in the employ of Israel.

I have been bitching about the MSM for years….telling the world that they are nothing but a propaganda arm of the state….their stories are selected to drive the conversation in the direction of the “official” stand of the government.

I have ranted……I have railed…….I have bitched…….and yelled….but to no avail…..it seems that most people take the MSM as the honest brokers of the news……and that my friends is CRAP!

I have also wanted for a long time for someone in the media to grow a set and stand up for what is right….the TRUTH……that the American media is biased and only reports on items that drives American policy and word it so that the listener will believe what is told to them.

I use to respect MSNBC because they at least would have all sides of a question and the pundits to talk on it……I mean they would book liberals, conservatives and even Tea Party members to talk on the subjects.  I said I use to respect them but now that is gone because of a recent occurrence…..because of what action they took they, MSNBC, will NO longer be used by me as a reliable source……..

AS written in the HufPo……..

MSNBC contributor Rula Jebreal took issue with the network’s coverage of the conflict in the Middle East on Monday.

Speaking on Ronan Farrow’s show, she accused MSNBC of covering the Israeli perspective far more than the Palestinian side.

“We are disgustingly biased when it comes to this issue,” said Jebreal, an Italian-Palestinian journalist with dual Italian and Israeli citizenship. “Look how [much] air time Netanyahu and his folks have on air on a daily basis — Andrea Mitchell and others. I never see one Palestinian being interviewed on these same issues —”

It is official….she is my hero!

I have been an opponent of politicos that take their cash and lead from AIPAC…..a bunch of Zionists that would like nothing better than the complete elimination of all Palestinians……

Americans need to know just what these people are about and we should avoid them like the plague…….period!

The news now a days is Gaza and MH17…….but with all that coverage there is still problems elsewhere that we would like to ignore……but do so at our own peril.

Iraq and Syria may have slipped from the headlines but both are a smoldering pile of fecal matter……death, destruction and extreme violence are all they have to look forward to in the near future…….ISIS then ISIL then Islamic State and now the Caliphate….what do we know about the man credited with forming the caliphate…..Abu Bakr Al Baghadi who now calls himself Caliph Ibrahim…….what do we actually know about the ‘enemy’?

Let me state first and foremost, I have zero confidence in our intel agencies….they have missed too much that has come back to bite us in the ass…..al-Baghdadi seems to be one of those nibbles on our tush…….

What do we know?

To begin with if Bill O’Reilly is correct the he is a Muslim because he has a beard…….he is a terrorist because we are told he is…..he makes videos for posting on the internet……that my friends is what we know about al-Baghdadi…..all of which is hearsay and accusations….could there be more?

A reflection from a Mother Jones article……..

Baghdadi has become Iraq’s most prominent extremist leader. But for much of his adult life, Baghdadi did not have a reputations as a fiery, jihadist trailblazer. According to the Telegraph, members of his local mosque in Tobchi (a neighborhood in Baghdad) who knew him from around 1989 until 2004 (when he was between the ages of 18 and 33) considered Baghdadi a quiet, studious fellow and a talented soccer player. When the United States invaded Iraq in 2003, Baghdadi was earning a degree in Islamic studies in Baghdad.

But within a couple years of the US invasion, Baghdadi was a prisoner in Camp Bucca, the US-run detainment facility in Umm Qasr, Iraq. And a US compound commander stationed at that prison—and other military officials—have in recent weeks wondered whether Baghdadi’s stint there radicalized him and put him on the path to taking over ISIS in 2010 and guiding the movement to its recent military victories.

The details of Baghdadi’s time in Camp Bucca are murky. Some media reports note that he was held as a “civilian internee” at the prison for 10 months in 2004. Others report that he was captured by US forces in 2005 and spent four years at Camp Bucca. The reason why he was apprehended is not publicly known; he could have been arrested on a specific charge or as part of a large sweep of insurgents or insurgent supporters. (A confidential Red Cross report leaked in May 2004 suggested than around 90 percent of detainees of Iraqi origin were arrested “by mistake.”) Army Colonel Kenneth King, the commanding US officer at Camp Bucca in 2009, recently told the Daily Beast that he distinctly remembered a man resembling Baghdadi: “He was a bad dude, but he wasn’t the worst of the worst.” King noted he was “not surprised” that such a radical figure emerged from the facility.

In other words we not only originated AQ but now we help form a mass murderer, is that what they are saying?

U.S. officials now believed that two years after his release, Baghdadi was actively working with al Qaeda in the very city where he was arrested, a U.S. counter-terrorism official told McClatchy. The official cannot be identified under the conditions with which he discussed Baghdadi.

Looks like the intel community may have missed another sign of what was to come…….they continue to show me that we should have NO confidence on these agencies to keep us safe.

I believe the biggest problem that al Baghdadi is going to have is his Muslim brethren…..

Iraqi clerics meeting in Anbar described the recent declaration by the “Islamic State of Iraq and the Levant” (ISIL) of a “caliphate” as a violation of sharia.

It is like an occupation and coercion to force people to agree with them under threats, and is also a violation of sharia and the requirements of a caliphate, he said.

“A caliphate requires consent and allegiance from citizens, and this did not happen with ISIL’s declaration, therefore making it a violation of religion,” al-Alwani said.

There are some level heads within the Muslim community, regardless of what the haters would have you believe……..

Dr Habash concludes with a counsel: “What we need is a revolution within the Muslim mindset that takes it back to the true Islamic values of freedom, justice, human dignity; away from the sacredness of the caliphate … to a political system that simply governs the affairs of people.”

The Syrian Muslim Brotherhood sees it thusly………The SMB said his caliphate was illegitimate because he had never shown his face in public – one of the main conditions for a legitimate imam in Islam is that he is known. The embarrassing argument was refuted after the video of Mr Al Baghdadi’s Friday sermon in one of Mosul’s largest and oldest mosques was released.

Al-Baghdadi may not be the threat that the war hawks want him to be…….but again,  without a reliable intel community we will just have to wait and see.

PS:  After I wrote this draft new info has come to light…..from the Centre for Research on Globalization……….

The former employee at US National Security Agency (NSA), Edward Snowden, has revealed that the British and American intelligence and the Mossad worked together to create the Islamic State of Iraq and Syria (ISIS).

Snowden said intelligence services of three countries created a terrorist organisation that is able to attract all extremists of the world to one place, using a strategy called “the hornet’s nest”.

NSA documents refer to recent implementation of the hornet’s nest to protect the Zionist entity by creating religious and Islamic slogans.

According to documents released by Snowden, “The only solution for the protection of the Jewish state “is to create an enemy near its borders”.

Leaks revealed that ISIS leader and cleric Abu Bakr Al Baghdadi took intensive military training for a whole year in the hands of Mossad, besides courses in theology and the art of speech.

There is nothing about that revelation that is surprising…at least to me…….waiting patiently for the MSM to act on this info……..and I wait!

Come on all you conspiracists….this is a perfect situation for you to latch onto and rant and rave…………….and I wait! 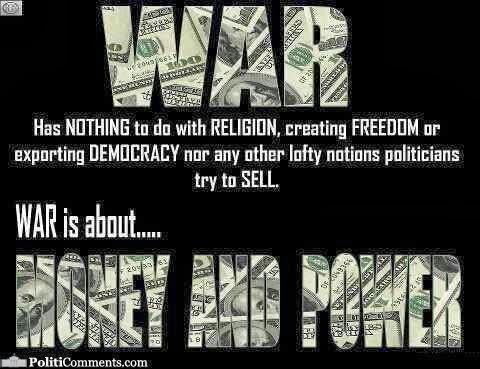