I wish to thank all my fellow veterans for the service and their families for their sacrifice. Today is the day that I set aside from my schedule to remember those fine people that I served with in Vietnam…..and to say a short prayer for those that did not come home to their loved ones. 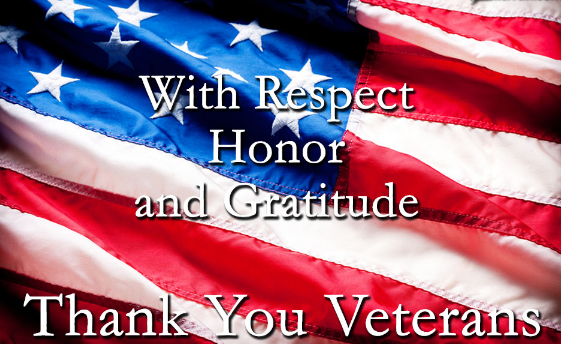 Please take a moment to thank a veteran for his/her sacrifice….. 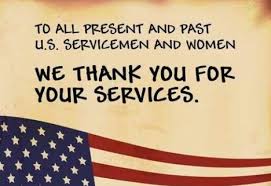 I am an old fart and us old farts remember JFK……a young good looking dude that became the president….

It was 1960 and I was 13 and recall the debates in my household over who to vote for…at times it got as ugly as some of the debates and accusations we have heard this year….but most of them did not have social media to pass the crap around.

My grandfather despised Goldwater and my father was in the GOP camp completely…..my mother even in 1960 would not stand by silently…she let the house know who she would vote for….JFK……and it had nothing to do with him being considered handsome….(at least that was her story and she stuck to it)……

I do this remembering because some things that JFK set into motion for a campaign that are still in place….even in the days of social media controlling everything……NPR looks at those situations….

Kennedy ushered in an era of successful presidential candidates who weren’t anointed by the party establishment — they chose to put themselves forward as presidential candidates. After Kennedy’s 1960 run, Jimmy Carter, Ronald Reagan, Bill Clinton and Barack Obama all followed his model of elbowing aside other candidates with seemingly more claim to their party’s nomination.

It can’t be said often enough: Kennedy’s charismatic and poised performance in the first-ever televised presidential debate set the standard for all future debates. A solid television debate performance has now become a way for nominees, especially those running against a much better nationally known opponent, to level the field and erase doubts, just as Kennedy did against Richard Nixon in 1960. Since then, the importance of nominating a telegenic candidate has only grown.

While primaries existed before the 1960 campaign, no prior candidate used them as strategically as Kennedy did to establish his electability. That’s now the conventional approach for well-known and lesser-known presidential aspirants alike. Kennedy proved he could garner votes by winning both the Wisconsin and West Virginia primaries. The latter primary was especially vital to proving a Catholic could win in a largely Protestant state.

Kennedy pioneered the political use of a speech to address broad concerns about a candidate being from a racial, ethnic or religious minority. In West Virginia and elsewhere, Kennedy spoke directly about why his Catholicism shouldn’t bar him from the presidency. But he made his most famous speech on the issue in September 1960 before the Houston Ministerial Association. In 2008, Obama’s speech on race in Philadelphia and Mitt Romney’s 2007 speech on why his Mormon faith shouldn’t be an issue in the Republican presidential primary came straight out of Kennedy’s playbook.

5. The Candidate As Rock Star

Long before Obama, it was Kennedy who first embodied both Hollywood-like celebrity and charisma in a presidential candidate. Indeed, JFK was first to link presidential politics to Hollywood in a big way, only to be followed in that by Reagan and Obama. Kennedy’s personal star power helped him win the 1960 Democratic nomination; later, candidates like Reagan (who had real Hollywood bona fides), Clinton and Obama had leading-man chops that helped to separate them from political rivals. While a candidate can win the presidency without that aura, the absence of that quality makes it a far tougher task to raise the vast sums of money necessary to run, or to energize enough voters, or to win the White House in the screen age — whether we’re talking TVs or smartphones.

Just a few things that JFK brought to the campaign and that has stuck around for over 50 years….

How would history have changed if JFK had made it full term?

Here are five intriguing ways history may have changed if Kennedy had survived the assassination attempt, or if gunman Lee Harvey Oswald had never taken the shot.

Our newly elected president has offered up his team to handle the pandemic that is sweeping our country and the world.

Now he wants to assist those people that this disease has effected monetarily…..we have had a couple of stim plans and some even did some good…but in the long run they mostly helped the bastards that are showing massive profits thanks to the Covid-19 virus……but not to be out done Joe Biden has offered his plan…..

Biden is also expected to share more details of his coronavirus response plan this week, including more stimulus aid for Americans. Negotiations on the eventual bill between Democrats and Republicans will be likely, though they may not be smooth. In fact, the route to passing another stimulus package before and after the inauguration is projected to be rocky, contentious and extremely partisan.

Biden’s initial plan — which we sum up below — pulls some elements from the CARES Act, such as stimulus payments for eligible Americans and more unemployment benefits, while also suggesting new measures to provide additional financial help. Here’s what’s in it.

The CARES Act, passed in March, was the first stimulus package intended to help people financially affected by the pandemic. One of the most popular aspects of the act was a stimulus check of up to $1,200 sent out to more than 160 million Americans. That direct aid caused a jump in household spending, helped millions at risk of slipping into poverty and allowed others to save.

Biden’s plan, like the one President Donald Trump is backing, will include more direct stimulus payments, but it doesn’t specify how many or for how much, or if any of the qualifications would change. Democrats and Republicans are currently negotiating for more stimulus relief that would include another round of direct payments, but the clock is ticking to get a bill passed.

We will see how far this will go in the Congress…..a GOP Senate and a House with a slim majority…..my guess is that it will hit major snags along the way….

This will not be where the nation’s healing will begin.

AS the election of 2020 neared and we would expect all those traditional countervailing forces that help keep the American presidents on a balanced path have failed the nation in the time of Trumpian corruption….

Forces like…..the Congress, the courts even the Democratic Party are all failing the American people.

Ralph Nader has written an article….while I do not agree with everything Nader has said or written in the past….I do see what he is saying with his latest article.

Let’s give dangerous, dictatorial, corporatist, lawless, unstable, Donald Trump his due. He has shown us just how weak our various countervailing institutions and constitutional standards are in checking the excesses of the most impeachable President in American history.

After three and a half years of corruption, cronyism, chaos, illegal wars, and destruction of law enforcement protecting people from corporate ravages, Trump a bigoted, racist, serial fabricator, and boastful savage serial predator has not only gotten away with everything but has doubled down on everything. He has intimidated almost everyone with any power or influence into submission or silence.

This unprecedented feat rests on many abdicators:

Has hate made this wide divide possible?

Tribalism is gonna to be the death of this republic….

To anyone following American politics, it’s not exactly news that Democrats and Republicans don’t like each other. Take what happened in the presidential debate last week. President Trump and former Vice President Joe Biden did little to conceal their disdain of one another. And although the debate marked a low point in our national discourse, it was a crystallization of a long-developing trend: loathing the opposing party.

This is hardly a new trend; in fact, it’s increasingly common among American voters. However, this level of hatred — which political scientists call “negative partisanship” — has reached levels that are not just bad for democracy, but are potentially destructive. And extreme partisan animosity is a prelude to democratic collapse.

It wasn’t always this bad, though. Forty years ago, when asked to rate how “favorable and warm” their opinion of each party was, the average Democrat and Republican said they felt OK-ish about the opposite party. But for four decades now, partisans have increasingly turned against each other in an escalating cycle of dislike and distrust — views of the other party are currently at an all-time low.

Because of this political hatred and the failing stop gaps in our governmental style…..now is the perfect time to try and change the silly and destructive slide that began with Reagan and came to a festering head with Trump.