I will be cruising the Coast to check on different polling stations to see if there is anything to report.

Today is the Big Day….time to make up your mind go to the polls and cast your worthless vote……worthless because all we will do is change who sits on the Golden Toilet in the White House.

“The people I distrust most are those who want to improve our lives but have only one course of action in mind.” ~ Frank Herbert

Policies will remain similar as those today…..the rich will get richer and the poor will go hungry….but at least were tried to rid the nation of the gutless wonders that control our very lives.

Regardless we need to vote our feelings and hopes….. 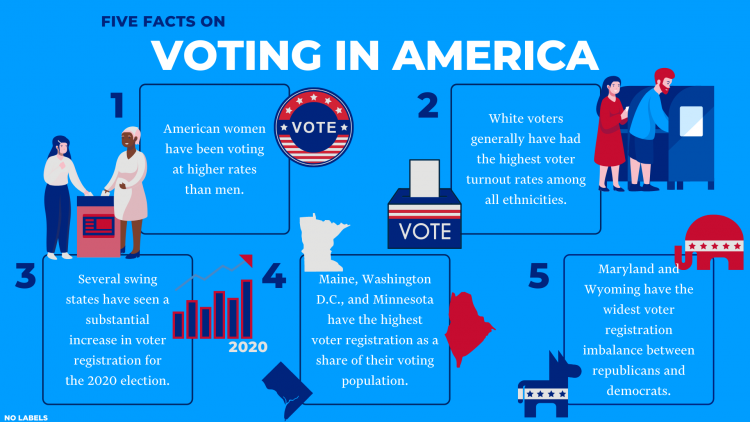 Then there are those creepy little piss ants that think they are tough by dressing like soldiers (something they are too cowardly to do in real life) and the DA of Philly has the right idea on the treatment of these small minded douche bags….

Philadelphia’s Democratic district attorney Larry Krasner is warning armed, so-called “poll watchers” to stay away from the city’s voting precincts unless they want to find themselves explaining to a jury why they “thought it was okay to come to Philly and steal our votes.”

“If you want to dress up like a G.I. Joe and claim you are protecting the polls when we all know what you’re really doing is intimidating voters,” Krasner told CNN on Friday, “you’re getting locked up.”

“Wannabe fascists stay home,” he added. “If your idea of how to have a democratic election is to steal it, then I’ve got something for you. I’ve got a jail cell, and I’ve got criminal charges.”

That should be law and enforced.

One final thought from Daniel Ellsberg (look him up)….

‘Tis the season for some progressives to argue that the best way to build a progressive political movement in America is to stick it to the centrist Democrats—who have rejected progressive nominees and platforms—by voting for a third party, even in swing states.

If that helps elect what many regard as a “greater evil” Republican, some third party supporters argue, it will radicalize significant parts of the electorate, help the third party grow, and gradually increase the prospect of victory for genuinely progressive politics.

“Governments can be useful to the governed only so long as inherent tendencies toward tyranny are restrained.” ~ Frank Herbert

“All governments suffer a recurring problem: Power attracts pathological personalities. It is not that power corrupts but that it is magnetic to the corruptible. Such people have a tendency to become drunk on violence, a condition to which they are quickly addicted.” ~ Frank Herbert

Election Day and a few things to consider…..

All this protesting and violence has brought the worst of America out and into the streets of confrontation.

Trump’s speeches calling out the “Proud Boys” and the lot is not just growing pains of our democracy….it is racism….call it anything you like but the racism title is the most accurate…..

In politician speak, a dog whistle is language that conveys a particular meaning to a group of potential supporters. The targeted group hears the “whistle” because of its shared cultural reference, but others cannot.

In 2018, The Washington Post wrote that “perhaps no one has sent more dog whistles than President Trump.”

Some see these far Right militias and thugs are being called to action for the day after the election results are announced…..

Stewart Rhodes was living his vision of the future. On television, American cities were burning, while on the internet, rumors warned that antifa bands were coming to terrorize the suburbs. Rhodes was driving around South Texas, getting ready for them. He answered his phone. “Let’s not fuck around,” he said. “We’ve descended into civil war.”

It was a Friday evening in June. Rhodes, 55, is a stocky man with a gray buzz cut, a wardrobe of tactical-casual attire, and a black eye patch. With him in his pickup were a pistol and a dusty black hat with the gold logo of the Oath Keepers, a militant group that has drawn in thousands of people from the military and law-enforcement communities.

Rhodes had been talking about civil war since he founded the Oath Keepers, in 2009. But now more people were listening. And whereas Rhodes had once cast himself as a revolutionary in waiting, he now saw his role as defending the president. He had put out a call for his followers to protect the country against what he was calling an “insurrection.” The unrest, he told me, was the latest attempt to undermine Donald Trump.

This question for all those deluded toads that support Trump….is this what you want for the country?

Let’s call these “supporters” for what they are……

At this point, Trump supporters who are not plutocrats or diehard Republicans are white supremacists, nativists, Islamophobes, stooges or some combination of all of the above. In a word, they are morons. There is no more reason to take their views seriously than there are reasons to believe a word Donald Trump says.

Democrats and Democratic media won’t outright call them morons because they think that candor would be impolitic. It is not clear why: perhaps they believe that there are still potential voters who have somehow managed not to make up their minds and they don’t want to insult them on that account. Or perhaps it is because they are the kinds of liberals Robert Frost described; people who are too reasonable to take their own sides in arguments.

I understand conservs thinking but to turn a blind eye and NOT call these racist pigs out makes those not doing so…..no better than the thugs in the street…..and that means YOU….GOP.

I have found the perfect answer to so many questions about his supporters….

“If there is a difference between what is said and what is done, only a fool believes what was said.” ~ Frank Herbert

The weekend before the general election and I would like to illustrate what the election is and what it accomplishes.

I have tried to get Americans to re-connect with the civics that they need to be productive citizens of the system.

Sadly our media is way too busy trying to influence the election than they are trying to educate the voter…..

This article is from the BBC and could teach the American media a little something about civics.

The US president has a huge influence on people’s lives both at home and abroad, so when the next election is held on 3 November, the outcome will matter to everyone.

The US political system is dominated by just two parties, so the president always belongs to one of them.

Since civics is a disappearing subject this type of article should be in every newspaper web site and printed edition for the last month before the polls open.

Maybe then Americans would learn about their system and stop trying to destroy it with their ignorance.

“Good governance never depends upon laws, but upon the personal qualities of those who govern. The machinery of government is always subordinate to the will of those who administer that machinery. The most important element of government, therefore, is the method of choosing leaders.” ~ Frank Herbert

That stands for Not F*cking Around Coalition.

An answer to all the fat white boys with their guns and slogans.

The NFAC is a militia comprised of Black members whose core is believed to be largely ex-military. The group, for the most part, is well run (some use an accidental firearm discharge as an example of its lack of organization), with all of its public actions being coordinated with law enforcement and local governments, which has resulted in no known violence. The first public appearance of the NFAC was at a KKK rally in Dayton, Ohio, in 2019. Grandmaster Jay told The Atlanta Black Star that the group stood guard to prevent a repeat of the 1979 Greensboro Massacre, in which five people in North Carolina were shot and killed by Nazis and Klansmen as citizens gathered for the start of an anti-racism protest. Last month, an organization stylized as NFAC UK participated with thousands of protesters who held an anti-racism rally outside the U.S. Embassy in London as Black Lives Matter demonstrations took place in cities across the U.K.

According to Grandmaster Jay, the mission of the NFAC is two-fold. On one end, it means “the establishment of an infrastructure that can assist in being the framework for community, self-policing, and the protection of our own communities and our race.” And on the other end, the NFAC’s “ultimate goal” will be in the “facilitating of the exodus from this country of those who are willing to leave to go someplace else, where racism is not an issue.” Over Zoom, he expressed his sincere intent of enabling Black Americans to “determine their own destiny, determine their own economy, defend their own homeland, and build their own culture.”

CNN did a feature on this organization…..

When two loud bangs rang out on the streets of Lafayette, Louisiana, no one knew where the gunshots came from as protesters gathered to demand justice for another Black man killed by police.

Among the crowd was a group of armed Black men and women who call themselves the “Not F**king Around Coalition” or NFAC. The group did not run toward the gunshots or break formation. Instead, they kneeled on the ground amid the confusion, and then walked away after their leader shouted, “fall back! fall back!”
The all-Black, Atlanta-based group has grown in size out of frustration during a summer of protests against questionable policing and the deaths of countless Black people at the hands of police, said their founder John Fitzgerald Johnson.
Their presence has caused a stir in the cities they’ve visited and the group has drawn some criticism after people accidentally fired a weapon during two of their rallies, including the one in Lafayette.

https://www.cnn.com/2020/10/25/us/nfac-black-armed-group/index.html
It is about time that there is some counter to the fat white boys and their play army…..but these brave souls will soon be demonized by the Trumpian Right as the new “Black Panthers”…..of the 1960s.
I recently wrote about another organization that I thought deserved some recognition…..https://lobotero.com/2020/05/10/who-will-confront-the-protesters/
About time that these communities have someone who will step up and help protect them from the exploitation of the past….these people have rights and those rights are under assault…..and now Defenders are stepping forward.
If I were younger and more mobile I would ask to join….I am not Black but I want to help justice to be done….besides about time someone stepped up to challenge the idiots in their combat gear that will run first chance they get.
Be Smart!
Learn Stuff!
I Read I Write You Know
“lego ergo scribo”