It is after Labor Day and the cowards in the Congress are back at work…..and they will be drilling the new nominee for SCOTUS….

Early fireworks: The Brett Kavanaugh confirmation hearing got off to a lively start on Tuesday as Democrats repeatedly interrupted the opening statement of Republican Chuck Grassley, chair of the Senate Judiciary Committee, reports the Hill. One Democrat after another spoke up to demand that the hearing be postponed until they can see thousands of documents that have been withheld in regard to the Supreme Court nominee. Protesters in the audience also interrupted, but Grassley said the hearing would not be delayed. “If we cannot be recognized I move to adjourn,” said Democratic Sen. Richard Blumenthal. “We have been denied real access to the documents we need,” he said, calling the panel’s handling of the matter a “charade.”

Kavanaugh, for his part, intends to tell the committee that he will be a non-biased judge. “I don’t decide cases based on personal or policy preferences,” Kavanaugh says in excerpts of his opening statement released in advance, per the Washington Post. “I am not a pro-plaintiff or pro-defendant judge,” Kavanaugh says. “I am not a pro-prosecution or pro-defense judge. I am a pro-law judge.” (Kavanaugh’s attorney released thousands of pages ahead of the hearing, but not enough to appease Democrats.)

But why would Kavanaugh’s nomination and hearings be so contentious?  For one he is a self-described conservative….but there is more…..

President Donald Trump’s Supreme Court nominee Brett Kavanaugh are expected to be contentious as Democrats plan on grilling the nominee on his judicial record and legal philosophy.

The battle has been controversial from the start since the nominee will be filling the seat of retiring justice Anthony Kennedy, the court’s swing vote on many key issues including abortion rights, affirmative action and same-sex marriage

For your information….do you understand how the supreme court works? 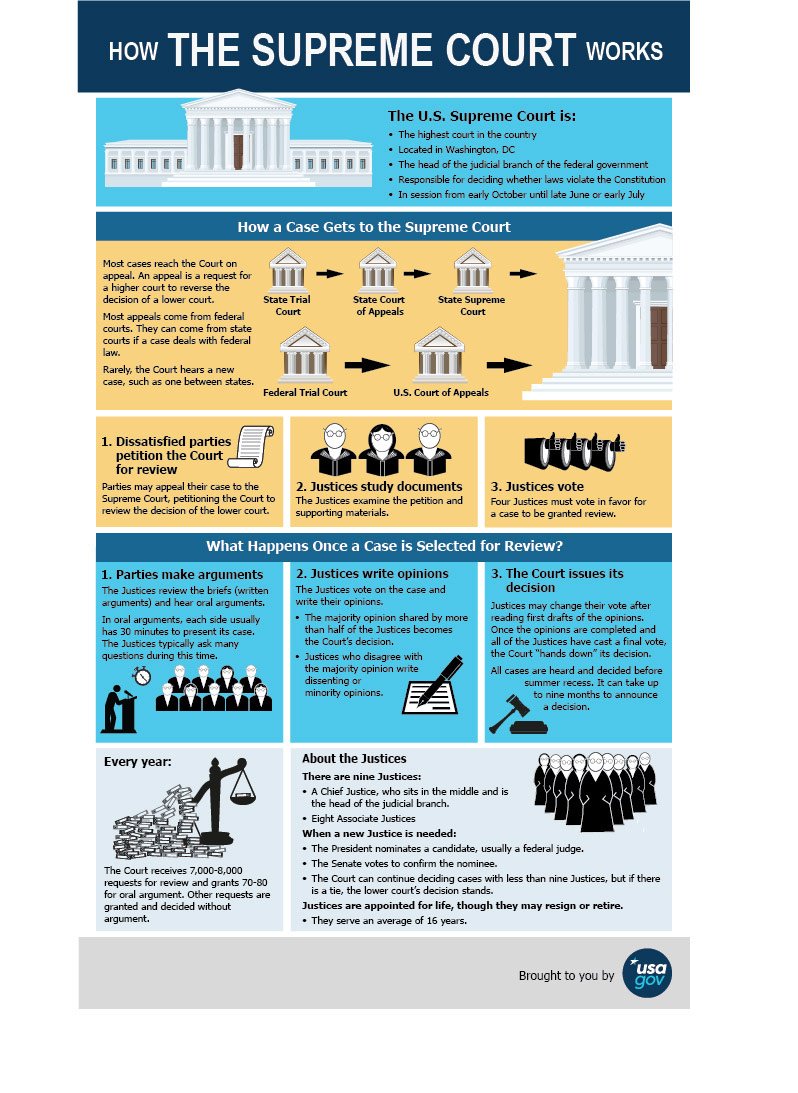 12 thoughts on “SCOTUS This And SCOTUS That”