I have been truly concerned (a lie) about a security issue…….and now we, the people,  can rest in peace……

In a move that will make things all the more interesting when the two inevitably come to blows during a televised debate, Donald Trump and Ben Carson are getting Secret Service protection, ABC News reports. The GOP presidential candidates were approved for protection Thursday by the secretary of Homeland Security after both requested it last month. According to Politico, the Secret Service will work with the Trump and Carson campaigns to figure out a start date for protection. ABC reports it’s typical for frontrunner presidential candidates to get Secret Service protection around this time. According to CNN, Trump and Carson are the first 2016 candidates to receive it, though Hillary Clinton already has protection as a former first lady.

I understand that some of the American electorate is really pissed at Congress….at the president……and their wives, immigrants, refugees and bathroom users…..for that reason I can understand that they would be looking for someone, anyone,  that can stand up and tell them lies….not just any lies but lies that they will believe……

There is Ben Carson and the one that many feel is the savior of this country…..Donald Trump.

For the life of me I cannot see where this guy would make a good GOP nominee or for that matter a good president…..only thing that makes him attractive is his use of one liners and lame ass slogans…..

I mean what does this person offer the voter and this country?  What?

I mean his little “policies” have no place in GOP politics…..as best as I can tell he is for single payer health system (that is definitely not the GOP)…..his stand on the size of government….I have heard nothing to lead me to believe that he is for a “smaller” government…..so is he a fiscal conservative?  If so, how so?  what about a social conservative….does he believe in “family values”?  What about abortion rights?  Maybe there is something on “gay” rights?  We do know one thing about Mr. Trump….he is anti-immigrant….is that good enough to hand him the reins of government?  We also know that he is a neocon and would use the military to do America’s bidding internationally.

Can Americans be so angry that they would let stupid in?

His vow to “Make America Great Again” by nixing America’s overseas commitments, slashing trade, and ejecting welfare-mooching foreigners makes perfect sense to many conservatives….if this is you then jump on this candidate….and after you vote for him and he wins (God forbid) then go out and get yourself a copy of “The Rise And Fall Of The Roman Empire” and hang on it will be a rough ride……for you know all that gloom and doom that you are so afraid of happening?

If my worse fears come to light then I can sum it up…….”You Asked For It And Now You Got it”……Congrats!

There are some issues that fall into a category and that category is….who the f*ck cares?

We Americans like to show concern for the most idiotic things……..Issues like who uses what bathroom……or what the latest Kardashian is up to or some high speed chase in Paducah…..and then there is this pressing question…

Hillary Clinton is facing a question with global implications as she seeks the White House: What do you call the husband of a US president? First man? First gentleman? Funnyman Jimmy Kimmel asked the Democratic presidential contender about that quandary Thursday should her husband, former President Bill Clinton, become the official White House spouse. Appearing on Jimmy Kimmel Live, she offered a couple of ideas with a smile: “first dude” and “first mate.” “We have to really work on what to call him,” she quipped.

Clinton said her husband has told her that he’s determined to break the “iron grip” that women have had on being the spouse of a president. Kimmel wanted to know if Bill Clinton would pick out the official china pattern for the White House, and a male sidekick dressed in a pantsuit gently ribbed Clinton for her signature wardrobe choice. Clinton maneuvered around a question about the last time she was drunk—”a long time ago”—and didn’t appear to have much sympathy for the struggling candidacy of Republican rival Jeb Bush. “It’s really hard to do this and people’s campaigns change,” she said. “You start with something, that doesn’t necessarily mean you’ll stick with it all the way.”

Is this really something that the media needs to concern itself with…….I kinda feel like the American voter is more concerned with their children’s education or paying bills than what to call Bubba….

For me I am just worried about him being back at the White House….who knows what fresh Hell he can make for the American people?

As far as what to call him……DICKHEAD….comes to mind!

Remember when Congress was about to vote on this deal……they were kept in the dark….the contents of the deal were a secret and we/they were not allowed to read it before the deal was struck……can you recall that?

Check it out…that is if you are interested…..my guess is that many will care enough to see just how we are being SCREWED…..that is until they have something to bitch about and then they will not shut the f*ck up.

In case you are still not aware of it….Clinton’s brain child, NAFTA was a disaster for the American worker…..and now we have another disaster in the making….

Try to keep up! 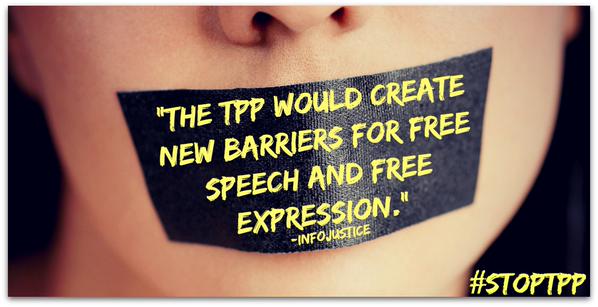 This week there has been something sucking the oxygen out of the day……and NO it is not something the “Hair Club for Men” candidate has said…….this time it is the GOP candidate, Ben Carson…..BTW, when did a book tour warrant massive media coverage?

I was talking with Elmo yesterday….Elmo is an old friend that I seem to never agree with on anything……..we were talking politics and he stated that he was a supporter of Carson for the nomination and he ask me what I thought….and as usual I was brutally honest just as he is with me….

I told him that I thought that Carson was not a serious candidate….that upset Elmo a bit and demanded to know why I would make such a statement….

I told him that I thought that Carson was an opportunist….that this whole thing of his candidacy was nothing but a way for him to monetize his brand a bit more…..and that when he dropped out of this race his net worth would skyrocket……..his demand for payment for speaking and appearances would more than double even triple over what he gets these days…..

Of course Elmo was not pleased with my claims or my observations…..and he abruptly ended the conversation with saying that he needed to have is hair washed……..

After our little coffee debate I read a piece in “The Week” that agrees with my analysis….

To me it is a con!  It is about future monetary concerns more than a genuine concern for this country……

But do not take my analysis……

What about my readers?  Anyone out there that thinks Carson is a serious candidate for the GOP nomination?

Russia has jumped into the fray in Syria with both feet….the last time they did such a thing was 1979……in a magical land called……Afghanistan.

For you youngsters that have NO idea what I am speaking about……a little historical perspective……..

On December 27, 1979, under cover of an ongoing Soviet military buildup, heavily-armed elements of a Soviet airborne brigade were airlifted into Kabul, Afghanistan, to violently overthrow the regime of President Hafizollah Amin. Within hours after the beginning of this Trojan Horse-type operation, Soviet troops had overwhelmed the elite presidential guard, captured Amin, executed him along with several members of his family for crimes against the people and seized control of the capital.

After about 10 years of sporadic fighting and a major draw on Russian resources troops began a withdrawal and on 15 February 1989 the last of the troops crossed the border into the USSR.

Russia is once again flexing its international muscle by coming to the aid of Syrian president Assad…….the thoughts of Afghanistan return to the minds of the Russian people.

As Russia escalates Syria bombing, the 1980s war that killed 15,000 Soviet soldiers weighs heavy on the minds of many.

Now hope will this end?  Will Russia overextend itself yet again?  Is this yet another confrontation with the US using surrogates as was Afghanistan in the 8o’s?

I am always in search of topics that I can offer my readers with the hope it will set them to thinking and in the end respond to my questions and insertions.

I read an article in the American Conservative (that is correct…I read a conservative source) that got me to thinking about the US and what appears to be the beginning of a possible empire….

For instance…….The United States’ State Department recognizes 195 independent countries around the world and of those countries the US has troops operating in 147 of them….

“In the last decade, Green Berets have deployed into 135 of the 195 recognized countries in the world. Successes in Afghanistan, Iraq, Trans-Sahel Africa, the Philippines, the Andean Ridge, the Caribbean, and Central America have resulted in an increasing demand for [Special Forces] around the globe,” reads a statement on the website of U.S. Army Special Forces Command.

The Army’s Green Berets are among the best known of America’s elite forces, but they’re hardly alone. Navy SEALs, Air Force Air Commandos, Army Rangers, Marine Corps Raiders, as well as civil affairs personnel, logisticians, administrators, analysts, and planners, among others, make up U.S. Special Operations forces (SOF). They are the men and women who carry out America’s most difficult and secret military missions. Since 9/11, U.S. Special Operations Command (SOCOM) has grown in every conceivable way from funding and personnel to global reach and deployments. In 2015, according to Special Operations Command spokesman Ken McGraw, U.S. Special Operations forces deployed to a record-shattering 147 countries – 75% of the nations on the planet, which represents a jump of 145% since the waning days of the Bush administration. On any day of the year, in fact, America’s most elite troops can be found in 70 to 90 nations.

Also we have major deployments elsewhere in the world like Germany, UK, Korea, Japan, etc…….a total of 147 countries…..if my math is correct that is over 75% of the world’s nations have an American troop presence.  At the height of the British Empire there was not that many nations that the British troops were involved in…..(check out the article in American Conservative….)

The US seems to be trying to out do the Romans and the Brits as far as occupation of foreign lands go…..

How long before the world starts calling our involvement for what it appears to be…..Empire building?