Time for a rant……

From time to time I have written about events happening within the US military…..most recently it has been the plan to retire the A-10 Warthog…..in my opinion a very bad decision for the combat ground forces in the military that are asked to carry out ops all over the world….

As a combat vet of the Vietnam War I appreciate the pilots and the aircraft that gave us close support in hot situations…..back in the day it was planes like the P-40, P-38 and the P-51…….these planes were called upon during WW2 to provide close air support of our troops……

It will become clearer why I included these photos as one continues to read…..

The A-10 Warthog has been the most successfully modern day aircraft in close support of troops in the field…..heavily armored and armed and flies slow enough for the pilots to get good accurate bearings before engaging….this is ugly but a piece of art in flight…..

This plane has performed close support in time of war it was pivotal in the defeat of Saddam on both occasions……and the troops love this “beast” over all others….but now this plane is said to be replaced soon by this expensive piece of brick…..the F-35……

After throwing billions at this program we have a couple of flying models but there seems to be more problems developing…..

And those are the problems we know about…God only knows how much of the “secret” stuff is faulty……and we still throw billions at this thing all in an attempt to replace the Warthog…..a silly waste of time and money.

The B-52 has been in operation since the 1950’s it is continuously upgraded to meet 21st century situations…..why not do the same with a reliable plane for close air support…..the A-10 Warthog?

Okay I made my point that the A-10 deserves to remain in service to the troops and that the F-35 is a piece manure that some defense contractor convinced Congress that we cannot live without…..but how does this live up to the name of the post…..Coming Full Circle?

I am so glad you asked!

You see there is another attempt to give the troops a close support place that is as effective as the ‘Hog…..and that will be a major operation…..

A company called Hawker-Beechcraft has come up with a design that I could approve of…..the AT-6 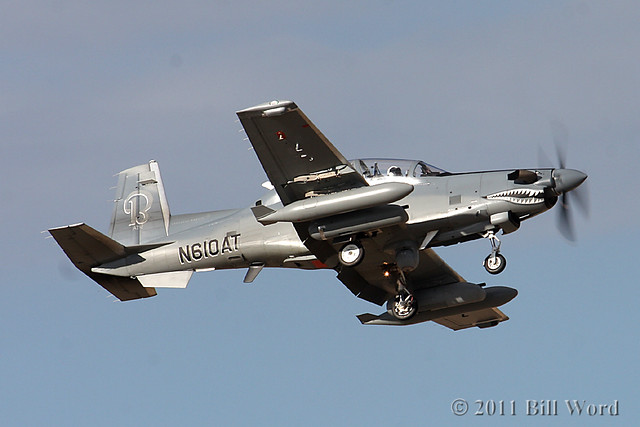 It may not have all the weapons as the A-10 but it can be modified to act in the same capacity as the ‘Hog……personally I would trust this design over s supersonic brick if I was in need of close support….

Now do you understand the title?

The best idea may well be the original idea.

I will be honest…in the past I have not been very kind to some of the things that McCain has said or done….but I would like to say here and now that he has once again got my respect…..his stands on benefits for vets has gone a long way to turn me from my path of dislike for him……and he has written a new chapter in my relationship with him…..

We all know the stuff Trump spreads as somehow the truth is nothing manure spread like peanut butter on a cracker…..and his attacks on ALL Muslims has upset many people….most of whom will be called “liberals” or “apologists” or the bigger “Bleeding hearts”…..McCain has come to speak the truth…..

“Oh, I think it has an interesting effect of turning Muslims all over the world against the United States of America, which is 99.44 percent people who practice an honorable religion,” the Arizona senator said of Trump on CBS’s “Face the Nation” on Sunday.

“As all of our candidates bloviate about the refugees, [Syrian President] Bashar Assad is a major cause of the refugees which are now flooding Europe and causing such consternation in the United States,” he said. “A no-fly zone will provide a refuge at least for some of these refugees.”

McCain said the longer the Islamic State in Iraq and Syria (ISIS) is able to stay in power, the more the terrorist group’s ideology will begin to sink in.

“And by the way, the fact that is we can succeed here and ISIS is not that strong, but the longer they stay in power, the more this poison spreads and metastasizes from as far away as Afghanistan, Africa, and other parts of the world,” he said.

I remember as a child having to play that game where a bell rings and we assume the position for an atomic blast…..we would hide under desks and put our heads down with our hands over our ears….that was the days of the Cold War when we were close to a nuke war almost everyday…..at least that is what they we preaching…..God I am glad those days are gone…..or are they?

Once the Cold War ended the emphasis on the nuclear threat was lessened…..but the weapons are still there and other countries have moved into the sphere of nuke threat……

The Cold War might be over, but nuclear brinkmanship is still going strong

Source: Why nuclear Armageddon is a very real danger

You know you people really should pull the head out of ass and stop worrying about stuff that is a “maybe” and focus on the things that could actually do you some harm…..but maybe that is too much to ask……appears that Americans can only concentrate on one issue at a time….that could explain the poor choices made in the voting process.

My daughter sent this to me on Twitter…..she found it on Instagram or Pinterst or one of those other thingys….

A perfect example of just how the media works……

You tell me which one actually reports news and not BS…..

I use to watch BBC News constantly that is until my cable provider drop then in favor of more reality mind screws…..I miss real news….

We Americans hate the terrorists of ISIS, right?  But do we actually understand the group?

Of course some will go to great lengths to show their knowledge and basically it will boil down to “ISIS….Bad”……or according to some they will be coming down Main Street any day now……but what do you actually know about the people you hate most?

But it you want to hate someone….maybe a good knowledge of that someone would be helpful….whatya think?

Source: Who, what and where is ISIL? Explaining the Islamic State | Al Jazeera America

You know they are Muslims….and that they have fanatics as members….they have lots of weapons…..and they are extremely barbaric…..and you know you hate them and what they stand for, right?  What else do you know?  I bet some of you think that is enough…..”to defeat a enemy you must know the enemy”(a paraphrase from Starship Troopers)…..

In case you would like to expand what you think you know about ISIS…..

Source: Where is the ‘Strategic Depth’ of the ‘Islamic State’? | Talisman Gate, Again

Did you know that ISIS has the same draw as some of the other “Doomsday” cults from the past?

Please…..before I get some mental midgets jumping up and down….these are provided as informational….I am not endorsing anything with these…..