My last post of the day and I just could not resist mentioning the debate tomight….not that it is important….just that it is just so damn silly.

Tonight is the 2nd in a list of GOP debates…..the stage will be crowded with 11 candidates all vying for a noteworthy quote that will make the evening news…..do not forget that the Kiddy Table debate is just before the main event (neither of which will be carried on pay-per-view).

The Kiddy Table debate will be one short….Perry has suspended his campaign and his numbers went up….go figure……

Since I do not plan on watching this clown show I will give you a few pre-debate thoughts…..

The second Republican debate is tonight and nobody—least of all host network CNN, which describes it as “Round 2 of a heavyweight bout”—is pretending it’s going to be anything other than another episode of the Donald Trump Show. CNN is expecting a record audience for the debate at the Ronald Reagan Presidential Library in Simi Valley, Calif., the Los Angeles Times reports, and here are a few reasons why there could be more fireworks than in last month’s debate:

Maybe to pass the time during this excruciating ordeal…perhaps a drinking game will help….every time someone mentions Reagan….take a shot of tequila….by half way through the debate you should be numb from the head down…..

Here’s the deal….I gave you what to look for tonight and you watch the show and tell us what happened…… 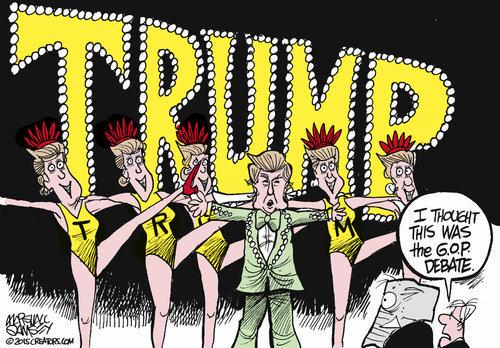 One final thought of the day….. 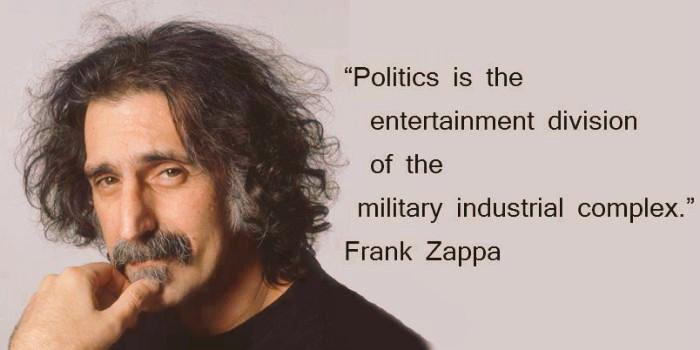 I am really weary of people that equate ISIS with every thing Islamic……it just isn’t so…..these people go off the deep end when they hear the word Muslim and into a world of lies and misinformation……they paint a whole religion with a broad brush of hate……

Keep in mind those hijackers that hit NYC and Washington did more than hijack planes….they hijacked an entire religion.

Ever sense that day the word Muslim is equated with every thing extreme…..it is wrong and does nothing constructive…..it feeds hatred.

And thanx to that hatred will not let any news to the contrary to their lies get out…….I for one will  not bend to the disgusting hatred spread by mental midgets!

Sorry to pee on anyone’s bigotry….but there are liberal Muslims…you seldom here about them because the media does not want them known…..these liberals are for women’s rights, democracy, peace, etc….all the same things that liberal democracies claim is their agenda.

There are 1.5 billion Muslims in the world….and let’s say that 1 million are fundamentalist toads…that is about 0.01% (one tenth of a percent)….and yet the world has condemned a whole religion for a minuscule amount of followers…..

It is just wrong on so many levels……hatred and bigotry condemns an entire religion…..and the average person helps spread the hate….I have given people my thoughts after I lived and worked in the Middle East…..most times it is met with sarcasm and insulting condescension…..making me think how someone that has never met a Muslim in person…..knows the religion inside out……

These people I try to ignore for they get their “information” from moronic sources like WND and Glen Beck and a wealth of other bigots……sadly these idiots speak for so many that know so much less than they pretend.

I understand the concern……but one can have concern without degrading a religion and its followers.

This year is the 33rd anniversary of the killings allowed by the Israelis within Palestinian camps, Sabra and Shatila……like so much in the region things are forgotten….I hope in some small way that I can help keep people thinking about the useless killings committed by the IDF…..the wold has forgotten those Americans murder aboard the USS Liberty….neither of these events should be forgotten or forgiven….

The West has all but forgotten the massacres at Sabra and Shatila refugee camps…..32 years ago the IDF allowed Lebanese Phalangists enter into the refugee camps and let the killings begin….

Read about the massacres……

I have posted on the mess that is Syria……now the obvious next question….

The big question on the lips of many a Middle East analysts is……Is there a solution for Syria and a larger Middle East?

If you are an avid reader of blogs and other outlets then you will know that there are about as many solutions to the Syrian situation as there are grains of sand…..everybody has an opinion ranging from radical neocon conflict solutions to the far Left and the non-interventionists views….

This is a detailed analysis that is well worth the effort to read…..interesting in some spots and a bit too idyllic in others…..if you are interested I have link to the two part article by Bassma Kodmani of the Norwegian Peacebuilding Resource Center…….

I know it was a bit steep at points….but I do hope that you enjoyed the read and have come away with a bit more understanding……

Refugees are a hot button issue worldwide……here is a thought……if you knew more about a solution to this problem then maybe the refugee crisis would not freak you out so badly…..that is unless you just want to HATE!  Then there is nothing I can say or do that will change your mind…..and if that is the case then maybe you should learn to live with bad decisions…..

The Middle East is on fire….just in case you have not been watching the evening news……

But the big question that is on many lips is….who’s to blame for the Syrian mess?

Some blame Bush…both 1 and 2……some blame Assad for wanting to hold power….yet others blame Islam and then there are those that blame…..wait for it…..PUTIN!

An excellent writer and analyst Robert Parry was written a piece that covers that question……as always it is worth the time it takes to read it…..that is if you want to know…..but most Americans do not really want to know….just that refugees are coming and we must be warned……sad!