‘Tis the day after Christmas

And all through the land

The paper and the bows are in the trash

Food has filled the ‘frig

Soon we will rid ourselves of the corrupt band

We can celebrate a New Years bash

And dance the jig

For a New Year is about to begin

Now that I have found I am not Longfellow I shall continue with the post.

First as the Trump presidency dies an ignominious death at that (don’t know what that means then use Google for for god sake)…..but in case you are lazy for Google….If you describe an experience or action as ignominious, you mean it is embarrassing because it shows a great lack of success.  I want to throw a few thoughts out there….got it now?

Those Trumpites that like to use Thomas Paine as some sort of hero for the movement know NOTHING about Paine or his writings. He had NO use for Christianity and his ideas on society border on the extreme Left…..so please pick some one to pretend to know what is what…like Hitler or Mussolini…

Merciful the Christmas music end…..at this point I was seriously considering put a contract out on the Little Drummer……and Silent Night needs some noise.

Do you buy “organic” meat?

If so then here is something to think about…..

You’re doing the planet no favors by eating meat that was produced organically, at least when it comes to greenhouse gas emissions—and whatever meat you’re eating, it should cost much, much more than it currently does. That’s the determination of a new analysis based on German food production and published in Nature Communications. The analysis linked conventional livestock with elevated emissions due to the grain they eat—which can be imported or cause deforestation. Organic livestock avoid those imports and can be grass-fed, but here’s the issue: They grow at a slower pace, meaning they emit more greenhouse gases via their manure and by burping methane; they also ultimately supply less meat. That was just part of the research: The other component involved looking at how meat should be priced in order to cover its associated climate costs.

As the Guardian explains, under such a “meat tax” plan, “consumers eating climate-damaging diets would pay for their pollution, rather than the costs of increased storms, floods, and droughts being spread across everyone in society as they are today.” Using a government estimate that puts the cost of climate damage at about $200 per ton of CO2, researchers with the University of Augsburg determined that conventional meat prices would need to increase by 146%, per Science Alert. Since organic meat is pricier to begin with, it would need a 71% increase. Conventional milk prices would need to jump by about 91%, and organic milk by 40%. Those who eat an organic plant-based diet would be in luck, as those prices would require a slim 6% increase.

Now does that make any sense to you?

It’s an unusual concept to many people, but for Floridians, a showering of iguanas is becoming a seasonal event. Iguanas aren’t native to Florida, but as an invasive species, they have thrived in the state and are wreaking havoc on its native species and ecosystems. While they are hardy invaders, iguanas are quite sensitive when it comes to the weather. During the warm summer months these cold-blooded reptiles are right at home, but come winter they suffer as the cold air near-petrifies them. “Frozen” iguanas then rain down from the trees where they had perched, plopping to the ground like an over-ripe apple.

Iguana fall is becoming frequently more familiar for Florida’s residents, as despite efforts to cull this invasive species – and even serve it up as dinner, ever tried tree chicken? – their numbers continue to grow. As such, each year when the iguana fall season (also known as winter) creeps in, the cold air sends increasing numbers falling to the ground.

Personally I do mind the iguanas…it is those damn 20 foot snakes that makes my skin crawl.

Finally something really weird/cool depending on your perspective…….the Assassin Bug

Evolution has churned out some pretty exceptional defense mechanisms in the history of the natural world, from poop-hoarding bees to the craven “playing possum” response of Virginia opossums, but a worthy contender for the most grisly strategy has to be the assassin bug, Acanthaspis petax, which uses its victims’ corpses as a means of camouflage.

The assassin bug gets its sinister nickname for its lethal hunting technique. It uses its long proboscis to pierce its prey, often ants, and inject saliva laced with a paralyzing agent and enzymes, which dissolve tissue. The assassin bug then sucks up the contents of its prey until all that remains is a hollow exoskeleton.

Not one to waste a perfectly good corpse, it then fashions the bodies into a sort of morbid backpack. Assassin bugs can be seen walking around with as many as 20 dead ants glued to their back. The accessory corpses are bundled together in a lump sometimes larger than the living bug itself, which secretes viscous saliva to stick them together.

My final thought for a Saturday….

Ever wonder what the world looked like in 300 million years ago…. 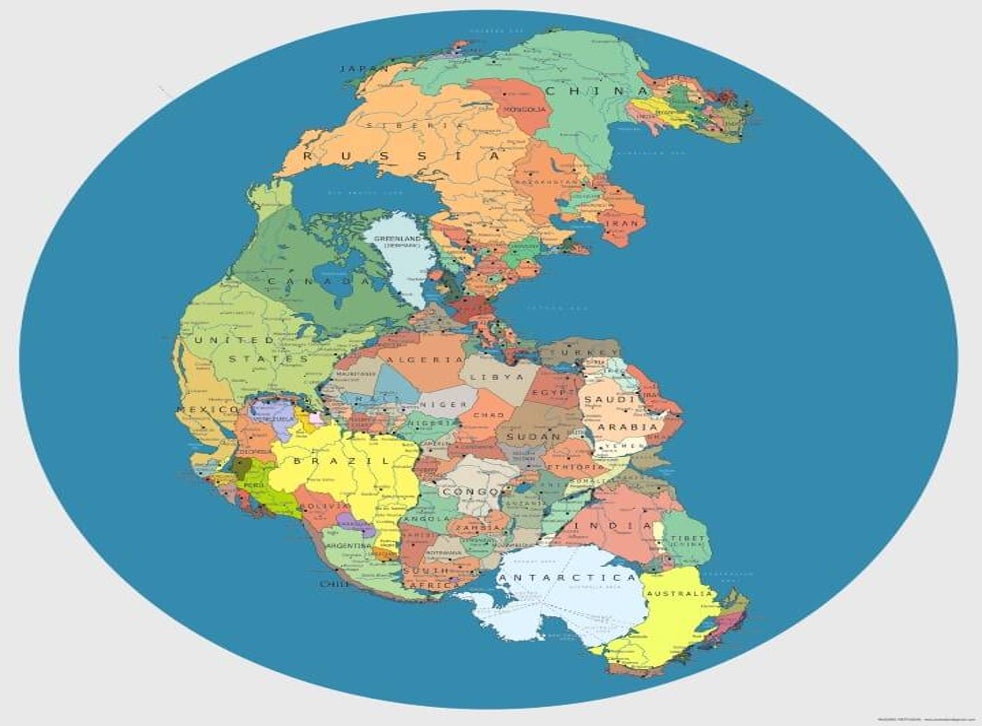 Enjoy your Saturday and get some much need rest.

While must of us were preparing for one of our big days…tragedy struck in the city of Nashville…..

An explosion shook the largely deserted streets of downtown Nashville early Christmas morning, shattering windows, damaging buildings, and wounding three people, per the AP. Authorities said they believed the blast was intentional, and the FBI is leading the investigation. Police spokesman Don Aaron said the 6:30am explosion was believed to be “an intentional act,” though no further details were provided. Police earlier said they believe a vehicle was involved in the explosion. Aaron said three people were taken to area hospitals for treatment, although none were in critical condition. The Metro Nashville Office of Emergency Management told WKRN that a parked recreational vehicle exploded and damaged several buildings.

Black smoke and flames were seen early Friday billowing from the area, which is packed with bars, restaurants, and other retail establishments and is known as the heart of downtown Nashville’s tourist scene. Buildings shook in the immediate area and beyond after a loud boom was heard. “All my windows, every single one of them got blown into the next room. If I had been standing there it would have been horrible,” said Buck McCoy, who lives near the area. “It felt like a bomb. It was that big.”

This report was updated while it sat in my draft queue……..

A strange new twist has developed in regard to the explosion that rocked downtown Nashville on Christmas morning. Police and witnesses say a recreational vehicle broadcast warnings that a bomb was in the vehicle and counted down a 15-minute warning before the explosion, reports the Tennessean. As of Friday afternoon, three people were hospitalized with non-life-threatening injuries as authorities led by the FBI try to figure out what happened. Coverage:

Of course this will be a continuing story until the conclusion and arrests are made.

All involved should be punished and punished severely……