When do we celebrate Decoration Day?

For those that were too lazy even for Google…..

Memorial Day is an American holiday, observed on the last Monday of May, honoring the men and women who died while serving in the U.S. military. Memorial Day 2020 occurs on Monday, May 25.

Originally known as Decoration Day, it originated in the years following the Civil War and became an official federal holiday in 1971. Many Americans observe Memorial Day by visiting cemeteries or memorials, holding family gatherings and participating in parades. Unofficially, it marks the beginning of the summer season.

I am an old fart…I still remember on the day it is suppose to be remembered….

Today we remember those Americans that fell in the line of duty….. 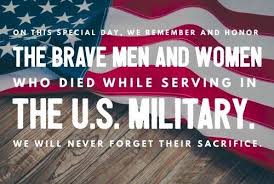 I will spend time remembering those fellow Bush Bunnies in my unit in Vietnam…..

My unit was Company E….Third Brigade….9th Infantry Division.  We were the Long Range Recon Patrols of the Mekong Delta.

Let us start having an honest dialog about military service…..

For decades, pundits have gravely wagged their fingers at Americans for trivializing Memorial Day. Rather than reflecting in mournful solemnity on the many thousands who have lost their lives in service of their country, Americans instead — according to the usual charge — desecrate their memories by rushing to take advantage of the latest sales, guzzling down beer, and gorging themselves on hot dogs. Because of the COVID-19 pandemic, the sales this year will (hopefully) be more sparsely attended, when they are held at all. The barbeques will mostly be limited to backyards, with just immediate family in attendance. The rhetoric of heroism and sacrifice will still be in the air, but now attached as much to health care workers as to uniformed service members. As we celebrate a Memorial Day like no other in recent memory, perhaps our pandemical circumstances can inspire more serious and meaningful observance of this day. 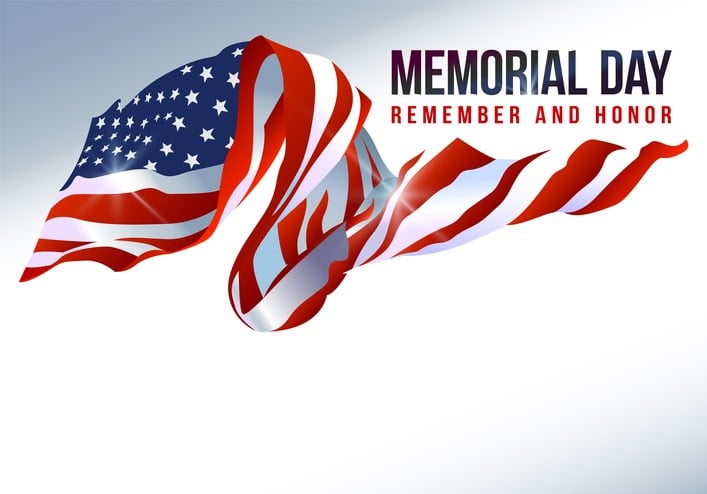 I am a unashamed antiwar activist……and I agree the best way to honor our veterans is to end all these endless wars and bring our troops home….

Another Memorial Day, another holiday filled with politicians rhapsodizing about the valiant sacrifices of courageous military men and women. Freedom isn’t free, we are told, as high officials extol the armed services for protecting Americans’ liberties.

It sounds so glorious. Especially eloquent tend to be the chicken hawks and summer patriots who had “other priorities” when it was their turn to serve. While busy today sending the young off to die in endless wars, they wax elegiac in praising needless deaths in Afghanistan, Iraq, Kenya, Korea, Lebanon, Somalia, Syria, Vietnam, and more.

War is a terrible constant of the human condition. It seems inevitable and sometimes is necessary. Indeed, America was born in war.

However, the great scandal of U.S. history is that so few of the nation’s conflicts were essential. For instance, the Mexican-American War was rank aggression which resulted in the seizure of half of Mexico. And that outcome was viewed as restrained at the time. After a brutal invasion, America’s most avaricious imperialists hoped to grab the entire country. “It is a gorgeous prospect, this annexation of all Mexico,” proclaimed the New York Herald. “Like the Sabine virgins, she will soon learn to love her ravishers.”

Today would be a good day to start having the conversation on how to get the US out of the cycle of endless wars…..

Consider it strange. The U.S. has been fighting in Somalia on and off (mostly on) since the early 1990s. (Who, of a certain age, doesn’t remember the “Black Hawk Down” fiasco?) Almost 30 years later, at a time when the U.N. secretary-general, supported by dozens of countries, has reasonably enough called for a global ceasefire so that humanity can refocus on “the true fight of our lives,” bringing Covid-19 under control, the US is still at war there. At a time when American naval vessels are turning into pandemic hot zones and the man in the White House has repeatedly denounced this country’s “ridiculous endless wars,” the Pentagon’s war in Somalia against an insurgent terror group by the name of al-Shabaab is actually escalating. No kidding.

Of course, if you were only attending to the mainstream media, filled with little but coronaviral news (and even more viral news about our president), you wouldn’t know it. You might hardly know that the US military was involved in Somalia at all. You would have to read TomDispatch Managing Editor Nick Turse’s recent investigative piece at the Intercept to discover that US air strikes in that country have risen radically in recent times. In the Obama years, from 2009-2017, the US carried out a total of 36 such strikes in Somalia. According to US Africa Command, by early April 2020, only four months into this devastating year, 39 such strikes had already been launched, essentially ensuring that the annual bounty of destruction there will top last year’s record 63 strikes. And mind you, at this moment, Covid-19 is beginning to tear a path of death through that country’s capital, Mogadishu.

The End of War As We Know It?

May we see an end to the violence and the obscenity that is WAR.

American literary critic and essayist whose polemical articles made him a spokesman for the young radicals who came of age on the eve of World War I.

Randolph Bourne was an American intellectual journalist who flourished for a few years in the second decade of the 20th century – in the Teens, the decade that ran from 1910 to 1920. Bourne wrote mostly for magazines during this period. His byline was particularly familiar to readers of The New Republic – until his radically antiwar views on the eve of the US government’s intervention in World War I got him fired.

He moved over to The Seven Arts, a newly launched magazine with a smaller circulation than The New Republic and one less well suited to Bourne’s particular talents and interests, since its primary focus was the arts, rather than social and political issues. He was able to publish only six antiwar articles in The Seven Arts before its doors were closed by an owner fearful of the Wilson administration and its Sedition Act of 1918, which made it a crime to criticize the Constitution, the government, the military, or the flag.

Celebrate Our Namesake’s Birthday: The Brilliance of Randolph Bourne

It is Memorial Day and now is a good time to introduce my readers to the other veterans….the K9, the Dogs of War…..

Dogs are man’s best friend, but war takes that special bond to another level. Out on the front lines of brutal armed conflicts half a world away, US soldiers count on their canines to keep them safe from hidden threats and get them back home alive.

One of many dangers on the modern battlefield is improvised explosive devices, crude bombs that can be disguised as everything from part of a car to roadside trash, but US explosive detection dogs are trained to find these deadly weapons before disaster strikes.

Army Sgt. 1st Class Robert Citrullo, the kennel master who supervises the service’s 8th Military Working Dog Detachment at Fort Drum, told Insider that a dog he deployed with named Uran “definitely saved not only my life but multiple other service members’ lives by finding IEDs and other things that were just ready to go off and hurt someone.”

Explosive detection dogs risk everything to keep US troops safe from hidden dangers on the battlefield.

These are valued members of the teams in combat…..they deserve all the respect that is given to the humans…..

So please remember the dogs that have died keeping our troops safe….they deserve the attention….and the respect.

It is the “real” Memorial Day and as a Vietnam veteran I have often wondered why all the films made about that war feature mostly white guys….Blacks came home to worse things than us whites….and no one has ever cared…..

Spike Lee will change that…..finally the story of black Vietnam veterans will be told.

When Dedan Kimathi Ji Jaga returned from combat in Vietnam, he painted his walls black, covered his windows and sat in darkness all day. His injuries and post-traumatic stress were severe, but as with many African American soldiers in 1968, the US government gave him little support.

“They summarily released me back to the streets with no aid,” said the 72-year-old California resident.

Black veterans across America are hoping this painful and enduring legacy will get the attention it deserves in Spike Lee’s new film, Da 5 Bloods, which chronicles the journey of four African American vets who return to Vietnam in search of their fallen squad leader and buried gold.

“The plight of African American service members who served in Vietnam, where they are now, why they are the way they are, this should be brought to light,” said Richard D Kingsberry, a veteran in Charlotte, North Carolina, who began his service in 1972 in the navy. “A lot of African American service members never got cared for properly after they returned, and that is a life-altering impact.”

After so many years their stories can be told…..a bit late but maybe it will help people understand….

Here is a story that will NEVER be told…..