My my how times change…….

Just take Senator Lindsey Graham…..his undying support for the president was not so much back in 1998 and the impeachment of Bill Clinton…..

Now is the time to stop telling the American people that it is for them that these people pretend to care……it is all about the Party and the ideology of stupid.

But just listen to Graham in his own words…..

Just goes to show just how “principles” are in short supply in our nation’s capital and our Congress.
When will these old farts realize that everything they say is now on line and can be used…..
If anyone thought this would be a fair trial in the Senate then you would be mistaken….this is going to be a replay of the Clinton impeachment…..another circus to go down in history.
I thought is if nothing was done then let there be testimony….but so far that is not happening…so in my mind there is something to hide by the president.
I have always stated that I thought that politicians were our biggest hypocrites….nice to be proven right….every now and then.
Be Smart!
Learn Stuff!
I Read, I Wrote, You Know
“Lego Ergo Scribo”

I have ceased trying to find anything worthwhile on the boob tube…..I mean if you can come up with an idea like searching for ghosts and never find one and still last 10+ seasons then all is lost for quality programming….so I am searching for something I can search for and never find and then sell it to the those children in charge of programming in mainstream channels.

Speaking of looking for stuff……try the supermarket…..

I am always looking for one of those cool reports that I think my readers would appreciate for the weekends….I failed so I thought I would give you a look at the cool stuff I found in local supermarkets…

First, remember that can thing your grandma had on the stove for bacon grease?  No need anymore for your can go to your local store and buy a can of bacon grease.

Let’s go over to the frozen food section.

I went to check the prices of shrimp for my wife and daughter love shrimp I could not eat such things….but while looking for the best price I found something that we all should try. 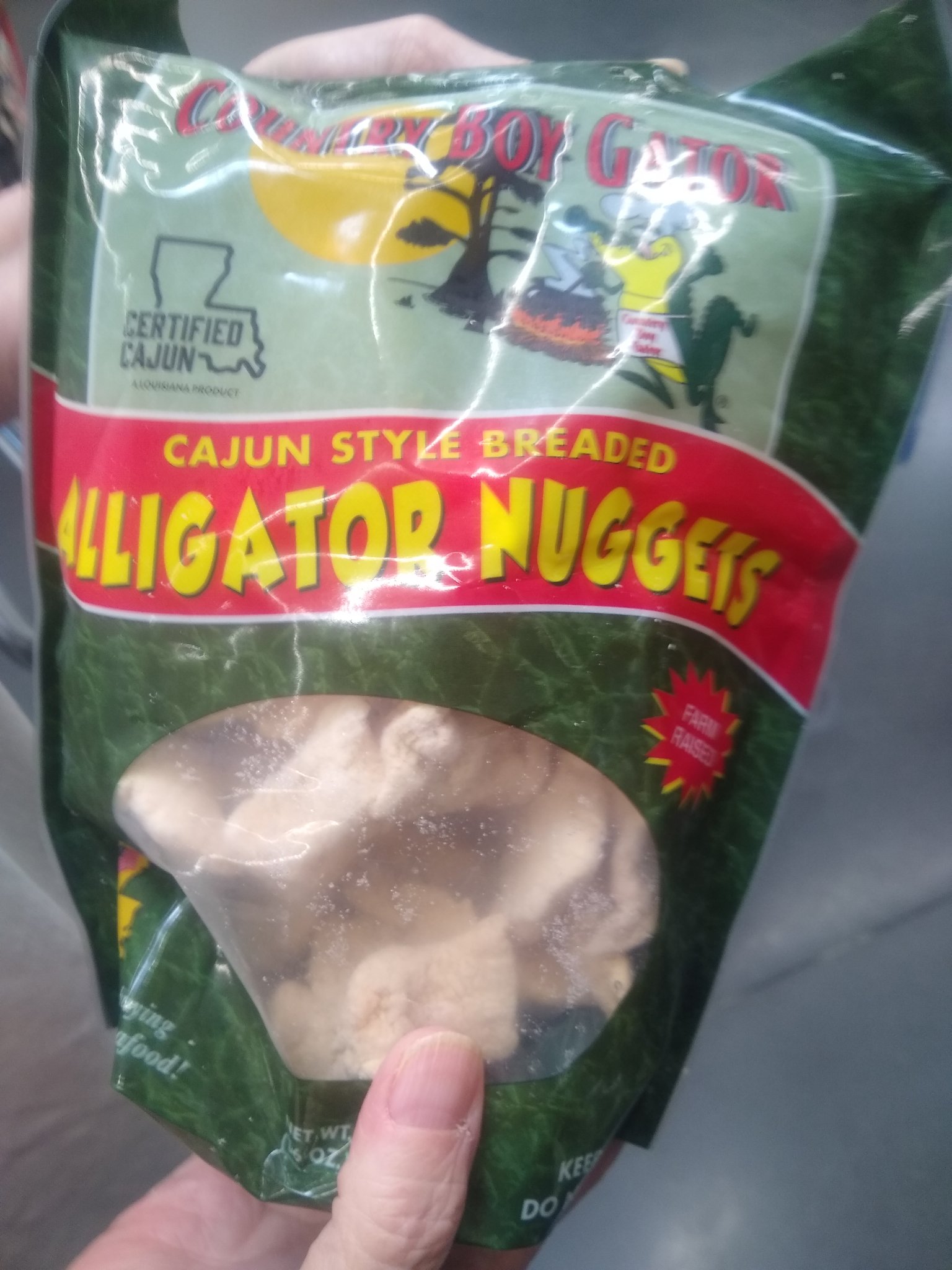 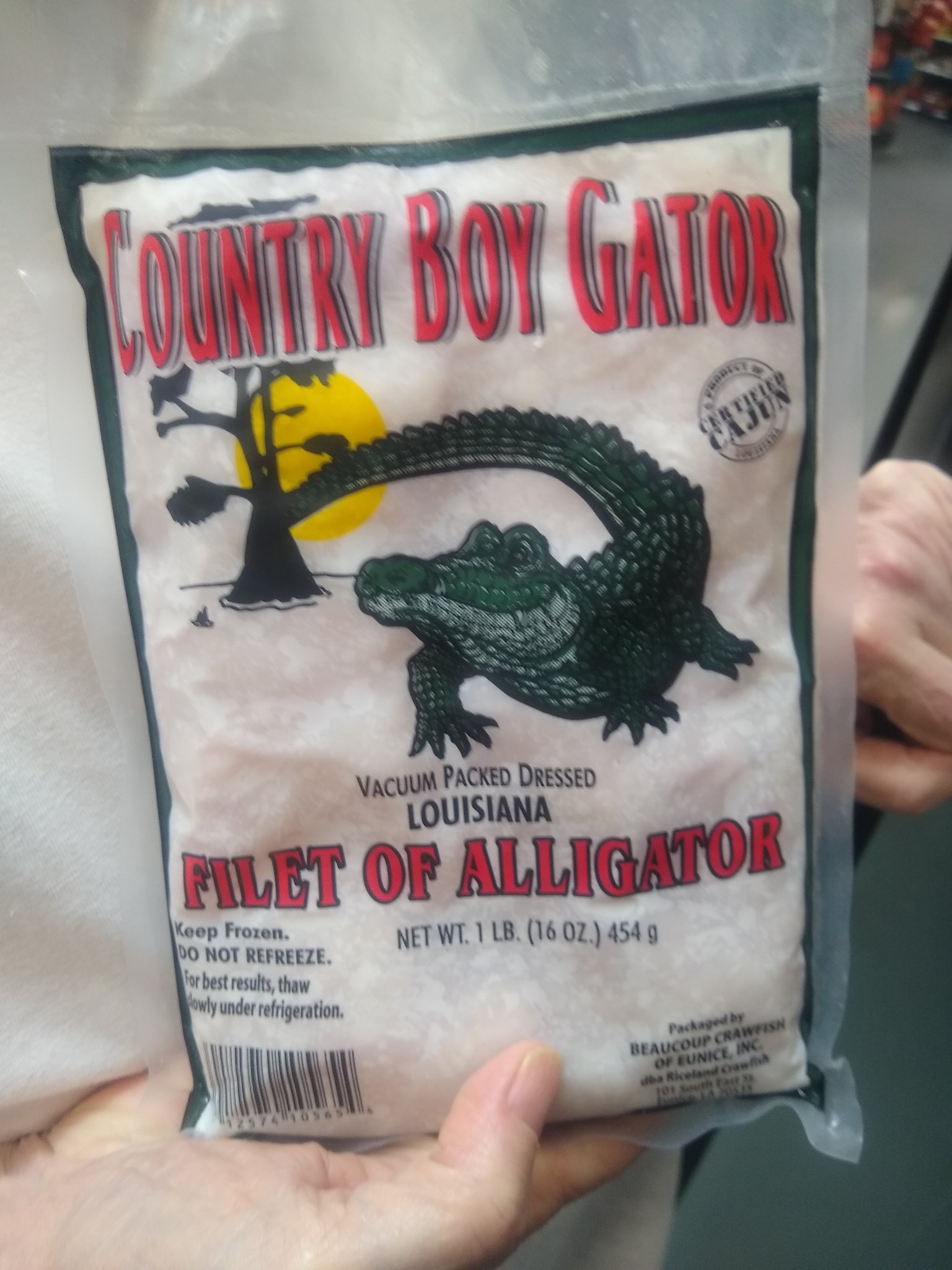 They say it taste like chicken…..I do not believe it!

Have you found anything interesting that could be considered to be unusual?

Have a good Sunday….be well, be safe……

Yes Irene the president has been impeached by the House of Representatives….instead of whining about the outcome of the House vote why not look forward to the trial in the US Senate, where the president will most likely be acquitted (acquittal does not mean not guilty).

The Impeachment process in the House is done….the Senate now awaits the articles so they can set up a date for them trial to begin.

So what now has been asked…..

– The Democratic-controlled House voted almost entirely along party lines Wednesday night to make Donald Trump the first Republican president in US history to be impeached—and analysts don’t expect things to get any less partisan in the weeks to come. Trump will go on trial in the Senate next year, but the timing is now unclear: House Speaker Nancy Pelosi said after Wednesday’s vote that Democrats are considering holding off on sending the articles of impeachment to the Senate because they are concerned that the trial will not be a fair one. More:

The talking point after the vote was that the House should withhold the articles from the Senate until the Spring of 2020…..considering the worthlessness of Mitch then I agree with this idea….even some conservs are feeling this would be a good idea as well and worth considering…..

It is beginning to dawn on Democrats that the moment they send articles of impeachment for Donald Trump to the Senate, they will have lost all of their leverage.

So they shouldn’t do it.

At least not yet, especially in light of the recent comments by Mitch McConnell and Lindsey Graham.

McConnell has said that he intends to work in “total coordination” with the White House and that “I’m going to take my cues from the president’s lawyers.” He adds: “There’s no chance the president will be removed from office.”

Graham is, if you can believe it, even less subtle. “I am trying to give a pretty clear signal I have made up my mind,” he said over the weekend at Doha Forum in Qatar. “I’m not trying to pretend to be a fair juror here . . . I will do everything I can to make it die quickly.”

I think that the Dems will fair better if they delay and give them time to make the rounds and make their case for the trial…it will give them time to frame the conversation and not let the president and his sycophants do it for them.

And the Old Professor will explain that in the next in the series here on IST.

The next post in this series will be coming in January 2020….when the Congress returns to DC to go back to work(?)……so the trial will get lots of lip service…..just something the media demands that is why they ask the same questions over and over and expect a different answer……now that is sanity!

It is December and the last Dem debate before the primaries and caucuses begin and we are off to pick the next Dem candidate to get the nomination and the privilege of taking on Trump for the presidency.

The first thing that the viewer would notice is it looked more like a GOP debate stage….all white…with the exception of Andrew Yang.

This time only 7 of the Dem candidates that will participate……

And a good time was had by all……

A narrowed field of seven Democratic candidates qualified for the final debate of the year—and the first question at the Los Angeles debate to nobody’s surprise, was on the impeachment of President Trump 24 hours earlier. Judy Woodruff asked how the candidates would move the country forward after the highly partisan vote. Three of the candidates—Sens. Bernie Sanders, Elizabeth Warren, and Amy Klobuchar—will serve as jurors in Trump’s Senate trial. Joe Biden, Pete Buttigieg, Andrew Yang, and Tom Steyer are also taking part in the PBS/Politico debate. Some highlights:

My thoughts on the debate…..Warren looked strong as well as Amy….still not impressed with Biden or Buttigeig and the lack of diversity on the stage was troublesome.

Finally, my candidate was not on the stage so I have no pony in this race…..

I was unimpressed by any on the stage….there was onky one progressive up there the rest are just shades of progressive…..basically the rest were nothing but centrists slap fighting…..what did the voter learn?

On policy…not a damn thing!  On quick repartee a couple of the candidates had time to practice this and it showed.

The evening showed that the thought that one must be either dunce or rogue holds true…..plenty of dunces and one rogue….The tagline of this debate should have been…..”Everything is gonna be all white”.

Nothing substantive was brought forward…..lots of cutesy one liners but nothing else.

Be thankful you have me to sit through the most boring evening I can never get back….but now you know what happened and who did what…..and did not have to injure yourself in the process.

There has been a mash up against Turkey and its invasion of Syria.

For decades there has been a bill on the books condemning Turkey for the genocide of the Armenian people (1915-1926) and for many decades the US has refused to recognize the operation as a genocide…..but those days are falling by the wayside.

But before I go any further there needs to be a history lesson since there are very few survivors left alive…..

Let us go to the Professor’s Classroom…..

But for those that read my stuff then let the history show you the way…..

While WWI raged, the Young Turk government implemented a policy of Pan Turkism in order to save the remains of the weakened Ottoman Empire. Pan Turkism envisioned the establishment of a mega-Turkish Empire including all Turkic-speaking populations of the Caucasus and Central Asia extending to China. It also intended to Turkify all ethnic minorities of the empire. The Armenians were the main obstacle standing in the way of Pan Turkism. Although the elimination of Armenians from Western Armenia, or what is now Eastern Turkey, was planned as early as 1911, the Young Turk government found WWI to be the most suitable opportunity for implementation.

Now I feel that I must help those poor souls that do notm read understand this situation….

Now that all that history and background has been laid ….onto the meat of this post…..

In the wake of two votes last week in the US House and Senate to recognise the massacres as genocide – a long-awaited symbolic victory for Armenians – Turkey’s authoritarian president Recip Tayyip Erdogan threatened to shut down Incirlik air base, which is based in Turkey and hosts US nuclear warheads..

Turkey is butt hurt and has gone to their favorite American, Trump, to stop this recognition from happening…..and like a dutiful puppy he did all, he could to make the master happy….

The Trump administration has said it does not consider the mass killings of Armenians in 1915 to be a genocide, contradicting a unanimous vote by the US Senate.

The historic vote last week incensed Turkey, which has always denied that the killings amounted to a genocide.

Turkey’s foreign ministry on Friday summoned the US ambassador to express its anger over the vote, accusing the US of “politicising history”.

Armenia says 1.5 million were killed in an effort to wipe out the ethnic group.

The killings took place in the waning days of the Ottoman Empire, the forerunner of modern-day Turkey.

Just like there are deniers of the Holocaust….we will always have those that will turn a blind eye to the systematic killing of a ethnic group……pathetic and cowardly to look the other way in the facfe of evidence.

But I am not surprised because that is what Americans do…..ignore evidence and make shit up to cover their beliefs.