Sad news today….the death of one of the last statesmen left in the US Congress, Rep. Elijah Cummings of Maryland….

Rep. Elijah Cummings died early Thursday at Johns Hopkins Hospital due to complications from longstanding health challenges, his congressional office says. He was 68. A sharecropper’s son, Cummings became the powerful chairman of a House committee that investigated President Trump, and was a formidable orator who passionately advocated for the poor in his black-majority district, which encompasses a large portion of Baltimore as well as more well-to-do suburbs. As chairman of the House Oversight and Reform Committee, Cummings led multiple investigations of the president’s governmental dealings, including probes in 2019 relating to the president’s family members serving in the White House, the AP reports.

Cummings was born on Jan. 18, 1951. In grade school, a counselor told Cummings he was too slow to learn and spoke poorly, and he would never fulfill his dream of becoming a lawyer. “I was devastated,” Cummings the AP in 1996. “My whole life changed. I became very determined.” It steeled Cummings to prove that counselor wrong. He became not only a lawyer, but one of the most powerful orators in the statehouse, where he entered office in 1983. He rose through the ranks of the Maryland House of Delegates before winning his congressional seat in a special election in 1996. The Baltimore archdiocese tweeted that Cummings “generously shared his God-given gifts and talents w/the people of his beloved city, state, and nation for so many years.”

Rep, Cummings will be sadly missed by the Congress and the nation…..our Congress have so few actual statesman…men/women of conviction and decency…. 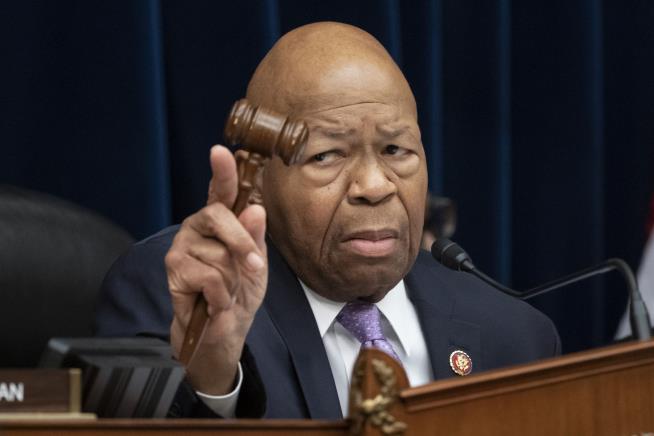 May He Rest In Peace.

6 thoughts on “Death Of A Statesman”