Recently Ken Burns released a documentary on the Vietnam War…..I did not watch the film for as a vet of that war I do not need to be reminded of it for I spent 2 and half years there…….there is very little he could add that I already did not know or believe.

From all accounts it was a good documentary…..many people have watched it and come away with a “new found” understanding of the war…at least that is the way it is told by the media.

I have also read some articles that did not like the film for they said that it was a whitewash……I guess there will always be a pro and con on this sort of thing…..

I was a member of Vietnam Veterans Against The War until I got hurt and could not make the demonstrations…….and another anti-war group is the Veterans For Peace…it is these people that have said the Burns’ film does not deserve “Best Documentary” award…….

A national veterans’ organization is weighing in on this year’s Emmy awards with a full-page ad in Variety, saying Ken Burns and Lynne Novick’s “Vietnam War” series does not deserve a “Best Documentary” award.

Veterans For Peace (VFP), headquartered in St. Louis, with 175 chapters in the U.S. and six overseas, will run the Variety ad prior to the awards on September 17, to generate discussion about the series and the lasting impact it will have if “crowned with an Emmy.”
The ad says that because “The Emmy Award is a powerful recognition of truth in art,” Emmy judges are asked to consider whether, “In this war-torn world, what is desperately needed – but what Burns and Novick fail to convey – is an honest rendering of that war to help the American people avoid yet more catastrophic wars.”

https://www.commondreams.org/views/2018/05/31/veterans-group-says-no-emmy-pbs-vietnam-war-series
More about the possible Emmy for the Burns documentary……

Emmy nominations are ongoing. Veterans For Peace recently announced it will place this full-page ad in Variety urging an Emmy not be awarded to the Ken Burns/Lynn Novick documentary, The Vietnam War. The Hollywood Reporter has refused to run the ad. Here, Vietnam veteran, Doug Rawlings, adds his voice to why the filmmakers should not get a Best Documentary award.

Like I said I have not seen the film but I take the vets word for it……but if someone would like take on this issue please share with my readers……some of them are interested in what you think.
Side note:  Did you know there are those that do Vietnam Re-enactment?  How sick (not a good thing) is that?

This war seems to fall through the cracks even though it made Andrew Jackson famous and by extension president.

Where I live we remember that war because the last battle was fought less than 50 miles away and we like our history and besides it was about the only thing that ever happened in Chalmette. 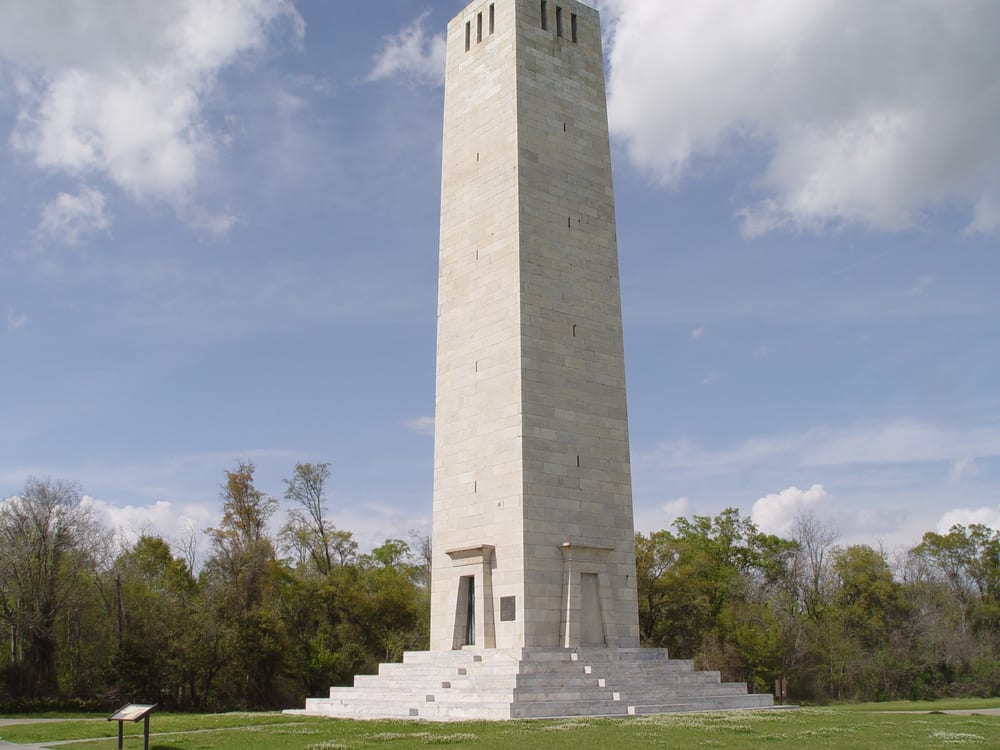 This article was written in 2012 for the 200th anniversary of the war.

This year marks the 200th anniversary of the War of 1812, a fact that may elude all but the most committed enthusiasts of America’s more obscure wars. Don’t expect coverage to compete with or even register alongside the steady drumbeat that has accompanied the 150th anniversary of the Civil War. It’s hard to imagine a flurry of 1812 books flying off the shelves, or the New York Times commissioning a blog series about the conflict. Like Avogadro’s number or the rules of subjunctive verbs, the War of 1812 is one of those things that you learned about in school and promptly forgot without major consequence.

There are plenty of reasons for this. The War of 1812 has complicated origins, a confusing course, an inconclusive outcome, and demands at least a cursory understanding of Canadian geography. Moreover, it stands as the highlight of perhaps the single most ignored period of American History—one that the great historian Richard Hofstadter described as “dreary and unproductive … an age of slack and derivative culture, of fumbling and small-minded statecraft, terrible parochial wrangling, climaxed by a ludicrous and unnecessary war.”

Lafitte’s image changed from pirate to patriot during the War of 1812. Britain and the United States declared war in June 1812, but until 1814, most of the fighting took place on the east coast or northern border of the United States. In September 1814, British military officials sought Lafitte’s help in their campaign to attack the U.S. from the Gulf of Mexico. Lafitte decided to warn American authorities and offered to help defend New Orleans in exchange for a pardon for his men. His warnings were not believed at first and the U.S. Army and Navy went ahead with a planned attack on Lafitte’s base at Grand Terre.

I have always been interested in Early American history…period 1750-1820…it is a time when so much happened and so little interest.  This battle was interesting since it was the last battle fought in the War of 1812 plus when it was fought the war was already over.

If you are ever in the region stop by and visit…..it is a small battlefield and will not take up much of your valuable time.

The circus in DC these days is not something of a surprise.  For decades us hard core leftist have been telling the population that their vote matters not….that the voter was factor that must be tolerated to give the appearance of a country of the people, for the people and by the people…..it was a lie then and remains a lie today.

It has taken the powers 50 years of work but now they are very close to eliminating the vote altogether.

Today there is nothing democratic about the pulse of DC.  Candidates tell the people what they want to hear and not what they need to hear.  The lie and pass around disinformation to make it appear as if they are working for some greater cause other than their own personal agendas.

The will allow a minority of the population to dictate the agenda of government.

People like myself have been saying that the MSM has lulled the population into a false sense of security…..that the media has made this country an country of sheep without a voice…..

“8 Reasons Young Americans Don’t Fight Back: How the US Crushed Youth Resistance” was originally published in 2011, then republished on several Internet sites, and has become one of my most viewed articles. The eight reasons include: student-loan debt; various pacifying effects of standard schooling; the psychopathologizing and medicating of noncompliance; surveillance; television; and fundamentalist religion and fundamentalist consumerism. Over the last seven years, many young people have told me that they appreciate that article, but they have urged me to detail a hugely important pacifying source which I had not included.

First, to be clear, not all young people are completely broken. The general state of acquiescence by young people was recently interrupted by their short-lived burst of dissent in the form of large rallies for gun control, in reaction to fears of being murdered in their classrooms. But that was an exception to the general rule of resignation to eating shit.

Time for the young to wake up and take their place alongside those young of our past….time to start acting like this country matters again.

First I would like my readers to know that today may be a bit short on posts for I must go to the doctors to see what the next step will be…..I apologize for the inconvenience…….

This month in History in 1967 ended the so-called Six Day War…..and the West has pushed the narrative that the Israelis had to go to war in protection of their right to exist…

We all have heard, read or seen the saga of just how the Israelis crushed the Arab forces…..

At a little after 7 on the morning of June 5, 1967, as Egyptian President Gamal Abdel Nasser’s commanders were finishing their breakfasts and driving to work, French-built Israeli fighter jets roared out of their bases and flew low, below radar, into Egyptian airspace. Within three hours, 500 Israeli sorties had destroyed Nasser’s entire air force. Just after midday, the air forces of Jordan and Syria also lay in smoking ruins, and Israel had essentially won the Six-Day War — in six hours.
Israeli and U.S. historians and commentators describe the surprise attack as necessary, and the war as inevitable, the result of Nasser’s fearsome war machine that had closed the Straits of Tiran, evicted United Nations peacekeeping troops, taunted the traumatized Israeli public, and churned toward the Jewish state’s border with 100,000 troops. “The morning of 5 June 1967,” wrote Israel’s warrior-turned-historian, Chaim Herzog, “found Israel’s armed forces facing the massed Arab armies around her frontiers.” Attack or be annihilated: The choice was clear.

There is always new light after a declassification…..then most of the rest of the story can be told……will we know the whole story?  Probably not.

Another thing to remember is that during this conflict the Israelis attacked an unarmed US Navy ship, the USS Liberty, killing 34 sailors and wounding others……a crime Israel has never had to face up to because the US let them slide on the murder of American troops.

The Six Day War is not all we have been told.

Israel continues to play the “victim” card…..it is a silly concept but it works on the US and the West…….

But hey…..the history of Palestine is known in history….the history of the Israelites comes from one source of dubious authority…..but hey let’s look shall we?

The triangulation of anti-Semitism, Islamophobia and Arabophobia in the history of Palestine and Israel is part of the settler-colonial movement of Zionism and is not a “new history” in the sense of the term as introduced by Israeli historian Benny Morris in 1980 to humanize, in Israeli academic discourse, the victims of Zionism. It simply reflects modern terminology and encompasses historic events to which the Zionist mind is still largely closed.

These historic events are simple in their broad outline. Zionist Jews (self-proclaimed atheists) decided to build a Jewish state in Palestine and ended up taking much of the land by force and expelling most of the Palestinian non-Jewish Arab population, preventing them from returning.

Keep in mind that the Jews in Israel have no connection to the land of Palestine….most of their ancestry is from Eastern Europe….Palestine will always be the home of the Palestinians.

It is that simple.